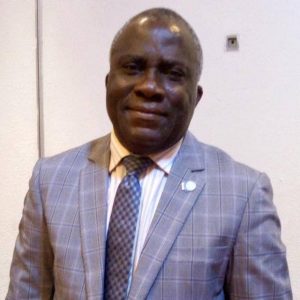 The lingering infighting and bickering going on in the Association of Nigerian Licensed Customs Agents (ANLCA) since the assumption of office by Mr Tony Iju Nwanbunike few months ago as the National President of the association took a new dimension yesterday as the Western Zone of the Association is now recognising Mr Emenike Nwokeoji as the President of ANLCA.

Mr Eminike Nwokeoji contested with Mr Tony Nwanbunike for the national presidentcy of the association few months ago, but Tony Nwanbunike defeated him with three votes to clinched the post.

“We would like to state categorically clear that membership of
this great association in the the Western Zone is not in any way constituted based on any tribal sentiment. Irrespective of our cultural and religious backgrounds, we remain comitted to one indivisible united family with our brothers and sisters in the Eastern Zone.

” In view of the recent media declaration by Mr Tony Iju Nwabunike on the Board of Trustees issue, we hereby resolve and declare that we shall no longer recognize him as the President of ANLCA untill the final determination of the case filed against him challenging his purported victory in the last NECOM election.

” Mr Tony Iju Nwabunike’s refusal to recognize the outcome of the
election that produced Alhaji Taiwo Mustapha is tantamount to
standing truth on its head.

“It is on record that Tony Iju Nwabunike became president after defeating Emenike Nwokeoji with only 3 votes which resulted in the so called manipulated victory. In the same vein, Alh Taiwo Mustapha defeated Henry Njoku with 3 votes in the Board of
Trustees election.

On this note, we hereby recognize Mr Emenike Nwokeoji as the
President of ANLCA.

” We hereby enjoin all members of the Western Zone to refrain from participating in any ANLCA activities called by Tony Iju Nwabunike-led NECOM.

“We shall resist any attempt to intimidate, harass, or coerce any
member in the Western Zone of ANLCA in furtherance of this directive”

The release was signed by the Coordinator of the Western zone of the association, Sir John Ofobike and it’s Secretary Alhaji Bayo Oyekangun.

All the nine chapter chairmen of the zone which are Apapa, Tin can, PTML, MMA,KLT, Idiriko, Ikorodu, Tin Can II and Seme Commands also signed the document.

With the recent developments, ANLCA will be having two presidents in person of Tony Nwanbunike and Eminike Nwokeoji and also two Board of Trustees Chairmen, Henry Njoku and Alhaji Taiwo Mustapha.