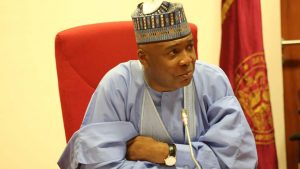 The Association  of Maritime  Journalists of Nigeria (AMJON)  during  its  second all Nigerian maritime  journalists retreat held at the Administrative Staff College of Nigeria (ASCON), Topo,  Badagry at the weekend honours  prominent Nigerians  who have stood the test of time in championing excellent  leadership  for a better Nigeria in their various  fields of endeavors. 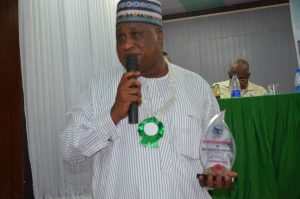 Ten prominent  Nigerians including  five Customs Officers were recognised by the leading Maritime, Oil and Gas media group  with  the AMJON  Excellence 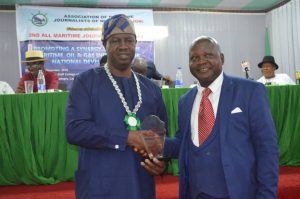 Leading  the  awardees was the Senate  President,  Dr Abubakar  Bukola Saraki who receives the award  for his promotion and sustenance of an independent legislative arm of government thereby strenthning Nigeria’s democracy in the 8th National Assembly ( Award for Strengthening Nigeria’s Democracy). 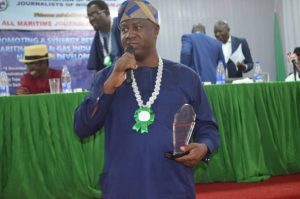 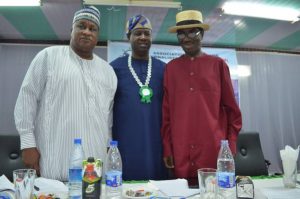 Other awardees  were  a politician and governorship  candidate   of the Action Democratic  Party (ADP) in Lagos State  for the 2019 election, Babatunde  Olalere Gbadamosi for his political  sagacity  and efforts  in entrenching  better  lives for Nigerians,  Prince Olayiwola Shittu, Chairman  Skelas  Group  of Companies  and the immediate past National  President  of the Association  of Nigerian Licensed Customs  Agents (ANLCA)  for  his leadership  role in improving the standards of Freight Forwarding practice  in Nigeria. 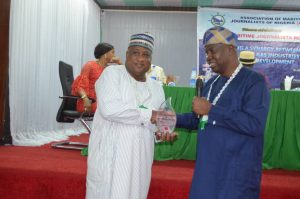 Five Customs Officers among  them three Comptrollers who are also Area  Controllers and two Deputy Comptrollers were also honored by AMJON.

They are Comptroller  Abubakar  Bashir  of the premier  port of Apapa  for his patriotism  and dedication  in effecting   positive  changes in revenue  collection  and  infrastructural upgrades  in the Customs.

While Deputy  Comptroller  Abullahi  Kirawa , National Coordinator of the CG Strike Force was also  honored  for his anti -smuggling  records  break feats,  his colleague Deputy Comptroller  Adamu  Sanusi  Ahmed receives award  for  his huge revenue  generation  at the B2 terminal  of Tin Can Island  port.

Meanwhile  the Senate President of the Federal Republic of Nigeria, Dr. Abubakar Bukola Saraki has charged members of the maritime press to change the tide of negative narrative about the industry through shedding lights on government policies in their reportage.

He gave the charge  at the 2nd All Maritime Journalists Retreat held in Badagry, Lagos.

Saraki called on the members of the fourth estate of the realm to shed light on legislative, infrastructural and policy changes that will attract domestic and foreign investment in the maritime sector.

The Senate President, who was represented at the event by Chief Kayode Odunaro believed that the negative notion bandied about the maritime industry was due to preconception or reliance on past policies and processes which might have been ineffective at the time, added that such had hampered the development of the sector.

His words, “Over the past few decades, Nigeria has been on the receiving end of several negative notions bandied around regarding the maritime sector which have undoubtedly hampered its development.

“Many of these have been based on preconceptions or a reliance of past policies and processes which may have been ineffective at the time.

“Having said, the solution to changing this negative nrrative rest largely with objective journalism.  Journalism which can shed light on legislative, infrastructural and policy changes that will attract domestic and foreign investment in the maritime sector,” he explained.