Home » Maritime » ONE YEAR LEADERSHIP INSTABILITY : SCRAMBLING, PARTITIONING FOR THE SOUL OF ANLCA

ONE YEAR LEADERSHIP INSTABILITY : SCRAMBLING, PARTITIONING FOR THE SOUL OF ANLCA 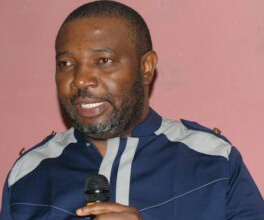 “Stop the criminality you call politics, the propaganda, the divisive rhetoric. Take off your sanctimonious toga. For you stand not on a moral high ground, but on a land you have corrupted by violence and fraud, a land you have impoverished by your greed and subterfuge. Tow the path of honour”
– His Eminence, Cardinal Anthony Olubunmi Okogie. 28th March, 2019.

Having watched the on going supremacy tussle within the ANLCA Board of Trusteeship in one hand and its resultant effects on the executive leadership delivery on the other hand, and its general consequences on the customs brokerages obligations in the Freight Forwarding sector of the maritime economy, herein referred to, as choicefully captioned above.
Without fear of coercion nor sounding immodest, but in all bluntness of purpose, I think it is time to admonish the ANLCA Leadership in all sincerity of purpose should pursue peace, especially the Board of Trusteeship and the Executives, irrespective of societal placements.

First, my segmented article is without prejudice, but alludes to the fact that this seemingly internal crisis is gradually taking its ugly toll on members and the profession itself.
It is on this note, I make bold to state that, as a concerned critical stakeholder, I have a professional and moral burden on my chest to voice out via writing – to emphasize the veritable need for all the concern actors to see the association politics and elective positions therein as an opportunity and environment where leadership is a responsible service and not robbery, nor a domineering enclave or winners takes it all parade.
It suffices on this point of note, to frankly point to us the above quote by His Eminence, Cardinal A.O. Okegie.

Gentlemen, let’s take a little time to ponder over our actions and inactions, then relate it to the above quote. After one year void with power tussles as it were, permit me to query thus:
‘Can the concerned actors in all sincerity, beat their hands on the chest, with a reassurance, that, in all of these intrigues, that the interest of ANLCA, the welfare of its teeming members and the profession is still paramount to them as the tussles rages?.
I had thought that, in this wrangling paths, good moral sense, professional curiosity and commitments should have compelled and propelled positive leaders within and without, a tendency and obligation to arrest the ailing situation, build and canvass for a better ANLCA.

The ANLCA present leadership squabbles, couple with the serial complaints against some of the accredited Freight Forwarding Associations by the practitioners and the present general hardship being faced by the majority of the practitioners in the Nigeria Customs Port, prompts and characterize the second part of this modest, and serves as the dwelling point of this article.
Here, the aspects of professional leadership visions and delivery shall constitute my focus, as it does appear that, the agents of divide and rule seems to have penetrated deeply in the midst of the Associations leaderships.
The once achieved responsible partnership , robust constructive engagements and mutual respect seems to erode the associations leaderships, hence, individualism seems to be the order of the day as oppose to collectivism.
Ordinarily, one may amply dwell on the dwindling fortunes of ANLCA, but knowing too well, that the ANLCA had been through series of leadership turmoils at most instances of its over five decades cooperate existence, and at the end, comes back stronger.
But one concern is this, the ANLCA present leadership should be reminded that most of the factors that played out to its advantage then, may not be readily visible under the present circumstances, especially so, in the face of emerging and competitive freight forwarding Associations.
However, this present scenario, wherefore, compels me to visit the following school of thoughts, which I intend to elaborate in details, as it relates to the professional definition of an ideal professional Association activities as oppose to what leadership seems to have redefined it to, but not to mean.
It is in the border of what a professional Association is not, that caught my attention, as I became anxious and worry not knowing initial where to place the professional Associations like ours, hence, my visit to the following school of thoughts:
•COMMON GOOD – Does it exists?•COMMON MARKET – Are we in same page of professional equity?
• UNIONISM – Is it comprehensible and synonymous in our terrain.
•TRADE UNION’S – Seemingly as it were, are we?
• PRESSURE GROUP/ INTEREST GROUP – Ideally a right placement, but defeated concept.
•COMMUNITARIANISM – A further perceptions.
•PRINCIPAL AGENT PROBLEM – Identifiable within us?
•COLLECTIVE ACTION PROBLEMS – A case of Incoherent and inconsistency?
•TOLERATION – Disparity in leadership goals?
• POLICY NETWORK – A Possible way to go?
• COLLECTIVE RESPONSIBILITY – Real or defeated?
•COLLECTIVISM – Next Alternative?
•CORPORATISM – Next Alternative?
• COOPERATIVE MOVEMENT – A Resolution?.

Before, then, I wish to urge the incumbent National President to bridge the gap, come out from your shell, you have dwell there for a long time, rise to the occasion with boldness, explore political will and contacts, defend and protect the general interests of the members and the integrity of the Association and the sanctity of the constitution of ANLCA, take firm position and show leadership responsibilities/delivery, step on toes where necessary, provided it is for the interests of the association in general, destroy any resemblance of tribalism and its vice in the fabric of the association, stamp your authority as National President of all and not few members of ANLCA.

Mr President, you are the man in the eyes of the storm, strive even harder, tow the path of honour that history may judge as aright.