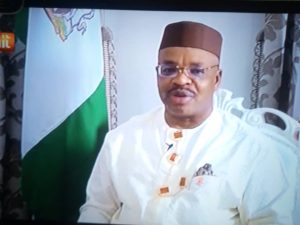 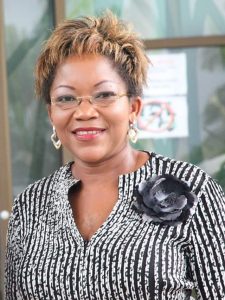 The Honourable Minister of Transportation has approved the IDSP project to proceed to the next stage of the Public Private Partnership (PPP) procurement process which is negotiation with the preferred bidder with the view to work out the investment and concession details.

“On behalf of the Akwa Ibom State Government (AKSG), I thank the Federal Ministry of Transportation (FMOT), Nigerian Port Authority (NPA) and the Infrastructure Concession Regulatory Commission (ICRC) for giving full and unstinting support to the AKSG throughout the IDSP PPP procurement process, including the recently concluded RFP bids opening and evaluation milestones which saw to the selection of the Preferred and Reserved Bidders”. said Dr. Emmanuel Ekuwem, the Secretary to the State Government (SSG) who spoke on behalf on His Excellency Governor Udom Emmanuel of Akwa Ibom State.

The SSG added “The AKSG is unwavering in its determination and will work in tandem with the FMOT and NPA to realize the IDSP. Upon its completion, the IDSP is poised to bring smart, world class port handling capacity to the doorsteps of Akwa Ibom State and to serve the cargo handling demand of the West and Central African countries, States in the South-South as well as South East regions of Nigeria. We are confident that the IDSP will be pivotal to the economic development of the State and the surrounding regions,”

Speaking on the project, the Ag. DG of ICRC, Engr. Chidi Izuwah said “the IDSP is one of the PPP projects that we are very proud of. The seaport will form part of an integrated industrial city to help foster economic development of the country as transportation is key to national development”.

“The seaport is near the South-South and South-East regions and will drive the economic transformation and empowerment of Nigerians with a multiplier effect that will create massive employment for the country’s teeming population. It’s circle of economic influence is expected to extend radially to the North Central, North Eastern and North Western zones”.

About the IDSP PPP Procurement Process:
The Ibom Deep Seaport Project is a landmark Public Private Partnership (PPP) port infrastructure project to spearhead Nigeria’s economic reform and transformation programme. The IDSP PPP procurement was approved by the Federal Executive Council in May 2015 and followed the ICRC procurement rules.
The Request for Quotation (RFQ) was issued in January 2018. A total of eight (8) RFQ applications were received when the RFQ closed in March 2018, out of which three (3) applicants were shortlisted as Bidders to proceed to the Request for Proposal (RFP) stage. The RFP was issued in April 2018 and closed in September 2018, with a Pre-Bid Conference held in June 2018 during the RFP period. Opening of the competing bids received was conducted in September 2018 in accordance with due process in the presence of the bidders, the ICRC and invited press.

Thereafter, rigorous evaluation of the bids was conducted in line with international best practices which culminated in the selection of Bolloré–PowerChina Consortium as the Preferred Bidder and China Harbour Engineering Company Ltd. as the Reserved Bidder. The next stage is negotiation with the Preferred Bidder which will be conducted in compliance with all extant rules stipulated by the IDSP Ministerial Project Development and Steering Committee (MPDSC).

The Ibom Deep Seaport is strategically located in the South East of Akwa Ibom State, Nigeria (a leading oil and gas producing state in Nigeria). The 2,565 hectares greenfield port area, integrated within the Ibom Industrial City (IIC) – a Free Trade Zone replete with fiscal incentives, is designed to berth New Panamax Class vessels with channel depth (18.24m); turning basin and berth depth (16.72m); and quay length of about 7.5 km upon completion. Operations is expected to commence in 2021.