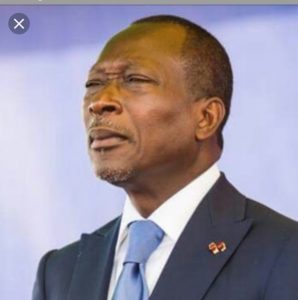 The West African Country of Benin Republic is experiencing a political upheaval which has threatened to crippled it’s imports oriented economy in the last five days.

The Beninious went into a presidential election last Sunday to elect a new president, but that election has turn bloody as several people have lost their lives in the last five days with violence protests spreading across the Country.

Our Correspondent gathered that trouble started in Benin Republic when the incumbent president Mr Patrice Talon refused any other presidential candidate on the ballot papers for the election which was held last Sunday 28th April 2019.

Based on that our source said the people refused to vote and protested the president’s undemocratic stance.
President Talon was said to have used the Army and the police to forced people to vote for him which the people refused.

He is also accused of using the Beninous Army and police to intimidate the people and that sparked up violence protests in the Country.
Talon is also alleged to have arrested most past presidents and opposition candidates in the past five days intimidating them to support his second term bid.

These has sparked up violence protests which has led to the lost of several lives and properties in the West African Francophone Country of Benin Republic.

President Talon took over from President Boni Yayi four years ago and was contesting for his second term in office.

Benin Republic is Nigeria’s neighbours to the West,sharing it’s boundary with Lagos State and has the most vibrant and active border post in the West African region with Nigeria at Seme part of Lagos State.