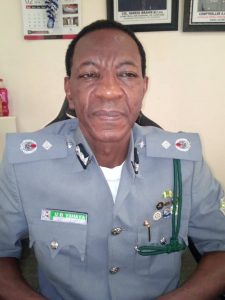 The unbundled Comptroller General Strike Force, Zone ‘A’ has within 47 days of its operations recorded massive seizures worth over N119 million.

The coordinator of the zone, Deputy Comptroller of Customs Yahaya B.U has taken a new dimension considering the recent onslaught against economic saboteurs within the zone. 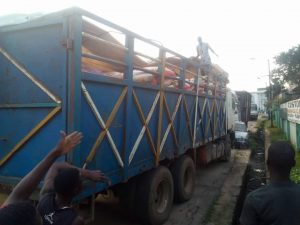 According to the report made available to roamrepporters online, the unit tend to have spread it’s dragnet to the waterways where smugglers seems to be having a field day in their illicit trade with the recent rice seizures recorded by the team. 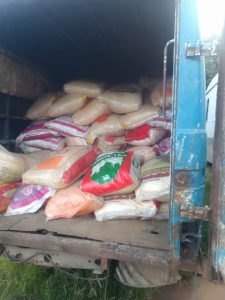 DC Yahaya said that the Unit impounded about five truck-load of contraband 50kg Rice along Alibaba Street at Iyana-sash water side in Agbara area of Ogun State on the 30th of June, 2019. The operations which according to him was led by Chief Superintendent of Customs (CSC) Esiet was made possible by the vibrant information network of the Unit.

Aside from one of the trucks which is a standard lorry size that was used in conveying the contraband rice, other trucks with registration numbers AAA534DU, GGE427XU, LXR27XV were completely reconstructed and reinforced to withstand pressure as well as have the capacity to convey large quantities of smuggled goods and easily access the marshy terrain.
The quantities of the seizure was however not ascertained as at the time of this report.

In the overall performance report of the Unit under the period in review, a total Duty Paid Value (DPV) of the seizure items is put at N118, 154,708.00.

DC Yahaya however appealed to smugglers and economic saboteurs still operating within the zone to have a rethink, and obey government economic policies and join hand with customs in building a nation of our dreams. He however warned unwilling and unrepentant smugglers in the zone against their illicit operations, noting that his officers and men are battle ready to take them out of business.