Home » Maritime » Customs » FOU, ‘A’ Intercepts Cars, Drugs Other Goods Worth N1.25b in One Week

FOU, ‘A’ Intercepts Cars, Drugs Other Goods Worth N1.25b in One Week 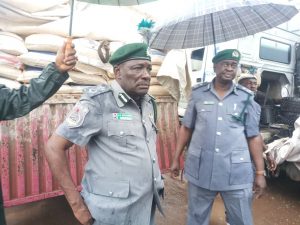 According to the Controller of the Unit , Comptroller Mohammed Aliyu, the seized assorted cars are being detained pending the production of their documents. 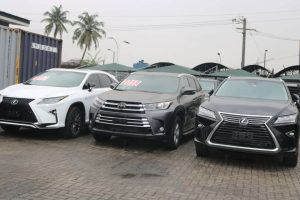 “We have detained them. When you bring your documents, we will release them to the owners and if the documents are not genuine, we convert them to seizures”.

Other vehicles are Toyota Hilux with Duty Paid value of N41.6 million and Toyota Highlander at N54.5 million.

Others are 1,698 cartons of powerman tablets, 671 kg of pangolin scales and 5, 226 bags of smuggled foreign parboiled rice all with Duty Paid Value of N1.01 billion.

The FOU helmsman said that the cars were seized in the bush based on intelligence reports and in most cases, officers concentrated on seizures and this was the reason the number of seizures were always higher than the number of suspects arrested along with the seizures.

Aliyu said that only drivers usually fell victim of the interception, saying that Customs was intensifying efforts at apprehending importers as well as agents along with the seizures.

He said that the command also intercepted pangolin scale for the first time in the unit.

Samson Adebayo, the Director of Ports Inspection of the National Agency for Foods and Drug Adminstration and Control (NAFDAC) while taking over the seized drugs said that the collaboration between his agency and Customs and other sister agencies made the the seizures possible.

He said that the seizures were to safeguard the health of the nation.
Adebayo commended the Customs boss for his continuous collaboration with NAFDAC.

He promised that all the government agencies would continue to enlighten the public on the danger of consuming illicit drugs.

Adebayo described Powerman as a kind of drug for sexual enhancement for men, but unfortunately this drug is not registered.

“This particular Powerman is 150 milligrams and anybody using this can get cardiac arrest.”

He said that there were reports of men dying as a result of having sexual intercourse, which he said, might be due to some taking sexual enhancement drugs.

“We need to tell the public that they should desist from taking such drugs that are not registered because of the inherent danger.

“This can lead to outright heart failure which will result to death,” Adebayo said.

He urged Customs Controllers to know the address of importers and agents to enable them go after them and prosecute them, saying that some of the importers usually produced fake office and home addresses.

He however pleaded with the general public to know the danger of what they consumed, saying that illicit drugs would worsen one’s health.