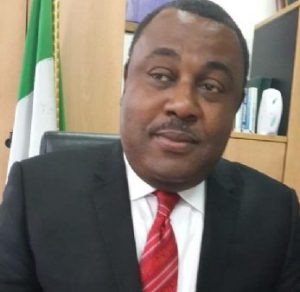 The National Executive Committee (NEC) meeting of the Association of Nigerian Licensed Customs Agents (ANLCA), ended yesterday in Lagos with a truce recalling all the 12 suspended Executive members.

All members present at the meeting unanimously endorsed the decision presided over by the Chairman of NEC and President of the association Hon. Iju Tony Nwabunike.

They agreed that all the executive members of the association suspended by the NEC at its meeting of Nov 17, 2018; be recalled and restored in their positions.

The NEC further agreed to set up a 7-Man Committee to take note of all challenges (specifically administrative and operational) bedeviling the association with the view to restoring the association’s enviable role as the watchdog of the Nigerian maritime industry.
The committee was given two weeks to submit its report when another NEC meeting is slated to hold to consider the report.

Speaking on why the NEC was called, president of the association, Hon. Iju Nwabunike said it was for the crucial need to reconcile all members who have been in one form of disagreement or the other in the last one and half years.

According to him “Truthfully, we had crisis that could crack the strongest of pillars, but we did not allow it to degenerate, because to us, ANLCA comes first before other considerations. Kudos to ANLCA elders, the BOT members and all those whose advise sustained us thus far.

“The need for us to forge ahead in peace and unity cannot be overemphasised.
As a matter of fact, the operational challenges we are experiencing in our ports, air, land and sea are unprecedented, in fact overwhelming.
I have never seen that in my over 30 years as a Customs Broker.
So it is in our best interest to pursue the path of peace and unity to fight our common cause and posses our possessions,” Hon. Nwabunike said

“In the spirit of the reconciliation and total forgiveness, I want us to review some of the far reaching decisions taken at the NEC of 17th December 2018 as it concerns the suspension of some members of NECOM, Chapter executives and Committees.
So in the the exercise of the powers vested on NEC in section 5 (3) (k) of the amended supreme constitution of ANLCA, 2013 section 5 (3) (k); I hereby request for the consideration of NEC for the lifting of the suspension placed on the national officers, chapter executives and committee members under suspension.”

The ANLCA president further asked for the approval of NEC to set up a special committee that will look into administrative and operational challenges of ANLCA, saying “our hands are full, yet we have limited time. We should be moving at full speed. So there is need to have another NEC in two weeks time.”