Despite the efforts by the Col. Hameed Ali (rtd) regime to curb corruption in the clearing process, some Customs Commands and officers are bent in subverting the system and defrauding the government in the process.

Our searchlight investigation at the Apapa port recently revealed that several methods are being used by examination officers to change the nomenclature of both HS codes and imported items in order to pay lesser duties. 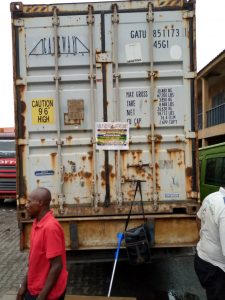 Our Correspondent had last week stumble on two documents of 2x 40ft of manipulated documents to pay lesser duties at the APMT terminal, at the Apapa port command. 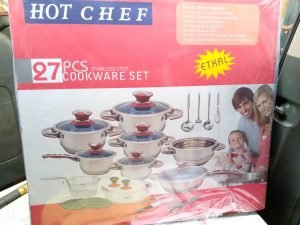 A document sighted by our Correspondent include a 1x40ft container with No.PCIU 8833810 which was released from APMT. The
Importer was Safesea trip Logistics Impex services, while the agent was Mac- Pee Agencies Limited. 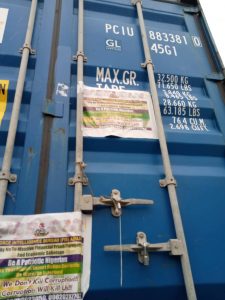 The company imported new tyres for light trucks, entered the Form M with required duty of 10% duty, 10% levy and 5% VAT. But at the point of payment, they doctored the documents, Change the HSCode to pay only 5% duty,, no 5 VAT was paid and no 10% levy was also paid. 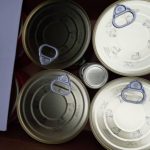 From the calculated duty, instead of paying about N4,942,567.96, the company end up paying only N800, 808.
They defrauded the Federal government of over N4m in the process.

Another 1x40ft container with No GATU 8511731 was mported by Desnick Divine Ventures with Form M description of the goods as Heat Exchange Unit with HS code 8419500000 which has 5% duty, O% VAT and O% ETLS.
But, when intercepted and open, actual content of the Container shows Stainless Cookware sets, which actual HS code is 7323.93.00.

When the Public Relations Officer of the Command, DSC, Nkiruka Nwala was contacted with these facts to get her own side of the story, for a week and two days , she was not able to provide the Command’s side of the fraudulent imports .

At present, more containers from the Apapa port are being profile for bad jobs and evasion of duty.