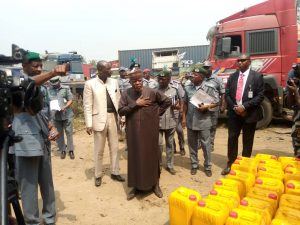 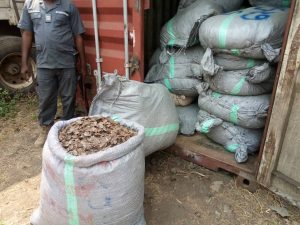 With the pangolin scales was intercepted by the Roving Team of the Federal Operations Unit, Zone A, the cash was seized by the Customs at the Murtala Mohammed International Airport Command, both in Ikeja, Lagos State. 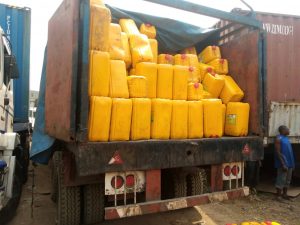 Addressing Newsmen today, the Comptroller General of the Customs, Col. Hameed Ali ( rtd) said despite the efforts of the Service to battle the menace of smuggling, unpatriotic Nigerians are still bent on carrying out the illicit acts. 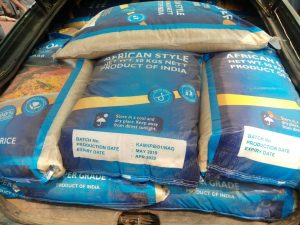 “My visit today is connected to one of the critical roles we play as an agency that acts as the watchdog of national economic security. We all know that countries of the world prosper through international trade. The era of globalization has brought about an explosion in the exchange of goods and services across borders” .

Ali said currencies are now done through electronic transfers , but for those who wish to carry physical cash across borders, are obliged by law to make declaration of such cash once the value is above the approved threshold.

” Currently the value of the threshold in Nigeria is the equivalent of $10,000 and above. Therefore , all travellers in and out of Nigeria must declare any physical cash in excess of this threshold of $10,000 or equivalent of other currencies or other monetary instruments ” the Customs boss said.

The amount was said to be intercepted by operatives of the Command at about 1200hrs on 16th January 2020 at the ‘E’ Wing of the Airport Tarmac. The consignment were packed in a Coaster Bus.

Meanwhile, at the FOU, Zone ‘A,’ the Customs CG was taken round to showcase numerous seized goods intercepted by the Unit in the last three weeks. Among the intercepted items were 147 sacks of pangolin scales weighing 9,504.1kg valued at N10,264,428,000.

This spectacular seizure was said to have occurred on Sunday 19th January 2020, when on credible intelligence, the Roving Team of the FOU, A uncovered an abandoned warehouse at Isheri Estate Lagos state where a 2x20ft containers were stocked.

Pangolin are endangered species and Nigeria is a signatory to CITES (Convention on International Trade of Endangered Species), which put pangolin scales under absolute prohibition.

The elated Col Hameed Ali, said he was happy with both seizures and commended the both Controllers of the International Airport Command, Comptroller Wale Adeniyi and the Acting Controller of FOU, ‘A’ Deputy Comptroller Usman Yahaya and all their Officers and Men for a job Weldon.