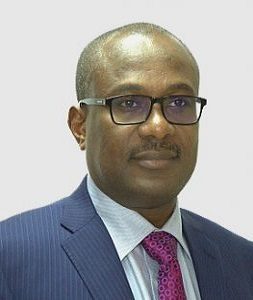 The Nigerian Content Development and Monitoring Board (NCDMB) is implementing several initiatives that are contributing to the development of oil producing communities, improvement of the local economy and management of conflict so says the Executive Secretary of the Content Board, Engr. Simbi Kesiye Wabote.

Wabote outlined these interventions in a presentation he made on Friday in Abuja at the National Defence College Course 28, on the topic “Conflict Management in the Niger Delta”: An Appraisal of the NCDMB.

Represented by the General Manager, Planning, Research & Development, NCDMB, Mr. Abdulmalik Halilu, in his presentation outlined six sources of conflict in the Niger Delta region to include Environmental degradation, loss of land due to oil exploration and production, Inequality between oil workers & host communities, Lack of social amenities, Low participation of host communities in oil and gas supply chain and agitation for resource control. He observed that such conflicts have had adverse impact on the nation’s infrastructure, economy, security and social indicators.

He noted that there are three major mechanisms for conflict management, notably the use of force which is not very effective, having a developmental agenda for the region, which is the best approach and fits into the NCDMB mandate as a development agency and negotiations, which is the strategy often adopted by the amnesty program and Corporate Social Responsibility (CSR) by Operating companies, service companies, government agencies and development partners.

On funding, he said NCDMB had put the Community Contractors Fund in place under the Nigerian Content Intervention Fund (NCI Fund), which allows community contractors to access up to N20 million naira for contract execution in the oil and gas industry at five percent interest rate.

On infrastructure, the NCDMB helmsman said the Board was developing the Nigerian Oil and Gas Park Scheme (NOGAPS), where it is setting up oil and gas parks in four strategic locations in the oil producing states for manufacturing equipment, components, and chemicals and for training youths. He added that the shared service model adopted for the operation of the parks will reduce start–up and operating cost of occupants thereby enhancing their competitiveness and viability. Each park location is projected to create 10,000 direct, indirect and induced jobs during construction and operations phase, he said.

He also identified the gas metering and distribution facility which the NCDMB is catalyzing in partnership with Shell Nigeria Gas (SNG) at Polaku, Bayelsa State. He said the plant will create over 30,000 direct, indirect and induced jobs from the several gas based industries that will set up along the gas corridor, including LPG cylinder manufacturing, CNG/LNG mother station distribution and power plant and pressure reduction facility. A provision for jetty has also been made in the complex for efficient logistics management, he added.

The Board is also facilitating Research and Development through the incubation of Centers of Excellence for Deepwater operations, LNG operations and Refining & petrochemicals and has a Research commercialization model for supporting researchers convert research ideas to products that can be deployed for oil and gas industry operations, he added.

The Board is also providing support for the establishment of modular refineries in the oil producing states, which is geared to induce local refining and value addition on crude oil and reduce refined products importation. The modular refinery initiative would also mitigate social vices like pipeline vandalism, crude oil theft and illegal refining while helping to create employment opportunities and jump start economic activities in the local communities.

He concluded by advising course participants on the virtues of collaboration, political will, advocacy and well defined roadmap as panacea for conflict management and sustainable development in the Niger Delta