The 2019 presidential election came, with Rotimi Amaechi still occupying the same position as Chief Campaign Manager to President Mohammadu Buhari. Though, this time his powers were trim down by making him report to Asiwaju Bola Ahmed Tinubu, the All Progressive Congress (APC) national leader as the Chairman of the Presidential Campaign Organisation.

Political observers then have sense the gradual power stripping of Rotimi Amaechi’s political sagacity in the Buhari’s re- election bid. 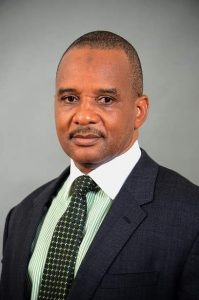 President Buhari has openly announced during the flag -off of his campaign in the 2019 presidential election that Amaechi remains the Director General of the Buhari/Osibanjo Campaign Organization, but will be reporting to Bola Tinubu as the Chairman of the campaign organisation. 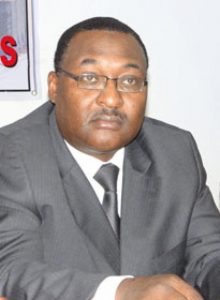 The election came and gone, Buhari won for the second and final tenure of another four years. Yet, there came another round of speculations that this time around, Amaechi will clinched either the Secretary to the Government of the Federation (SGF), Chief of Staff to the President or at worst Minister for Petroleum Resources.

Most pundits never believed he will come back as Minister of Transportation, a position many stakeholders have accused him of non performance, but rather causing more problems in the sector than he met it.

The second coming of the Transportation Minister from his reappointment witnessed the whittling down of his powers and control of the Maritime and Aviation sectors.
First, his ministry has been split into two, with a full fledge Ministry of Aviation, man by the same Minster of State, Hadi Serika, hitherto was supervised by Amaechi.
As if that was not enough, the Ministry of Transportation now has two ministers, with a Minister of State for Transportation, Senator Gbemisola Saraki. In fact according to job schedules , the Minister of State is to be in charge of all the maritime parastatals, while Amaechi is to concentrate on the NRC and its billion Dollars projects.
Though fillers from the Ministry alleges that ,Amaechi has refused to let go the maritime agencies to the Minister of State and this is causing friction among the two ministers at the Transports Ministry.

These balkanization in the ministry, political pundits says was to tame the growing political influence of Amaechi in the Buhari government and to humble his arrogance in power which he often exhibit due to his closeness and unhindered access to the president. While some says it was for administrative expediency, as to allow Amaechi’s full concentration in the railway sector, rather than the maritime sector, which many stakeholders have prayed for him not to ever come back to the industry.

For the ‘Cabals’ and other political gladiators, it seems the Transportation Minister have been duly compensated in the last four years as such he may just be a minister watching, and not in control.
Ironically, the hanging fruits in the appointments of the parastatal heads in the maritime industry is that most of their tenures have not elapsed, as such political power play and schemers were lobbying to outshine the Transportation Minister in having a say in either renewal of the agencies heads or outright appointment of new ones.

To show the stuff they (Cabals) are made of and to put Amaechi in his rightful place as a “Minister Observer.” Three key money spinning parastatal heads under his ministry namely., NIMASA, NPA and NIWA have been hijacked from him with the appointment of two (NIMASA and NIWA) and reappointment of one (NPA) key management positions without his inputs.
To add salt to injury, his most prideful and hopeful survival slot, NIMASA, DG position has just been taken away from him.
In outmost frustration, Amaechi had cried out in a national television that he is not aware that a new DG was appointed to head NIMASA and to console himself, he said “Am not aware, as Minister of Transportation, I suppose to known”.
Within the same week, the appointment of Hadiza Bala Usman as MD,NPA was also renewed for the second time, even though her first tenure expired in July 2020. To conclude the appointments and close the chapter, all the board members and management of both the NIMASA and NPA has been made, case closed.

Although, our source from the Ministry said the Transportation Minister had submitted 10 names for both the NIMASA and NPA management teams, only two names were replaced, that is the DG of NIMASA, where Dr. Dakuku Peterside was replaced with Dr Basil Jamoh and one Executive Director at the NPA. So Amaechi should be happy his eight other names were retained, the source said.

Another source from the presidency in a chat our Correspondent said
” Wallahi Amaechi should be grateful to Baba, he ( Amaechi) has been compensated enough, what does he want again? He was given free hand to operate in the first four years, to hire and fire, haba! We still have many people who work very hard to put Buhari there, many of them have not gotten anything. This country belongs to all of us and the power and appointments should go round” the source said.

Another political analyst ,who don’t want his name mentioned also told her Correspondent, “The cabals says Amaechi is becoming too powerful because he has unhindered access to the president, is about 2023, they saw him as nursing ambition for 2023. In any case, he has made money in the last four years. And as you know politically , Amaechi has no political value in his home state in Rivers. In fact despite his federal might, Nyesom Wike finish him and Dakuku. I don’t see them making any impact in Rivers state politics come 2023, this also may be a factor, why he is being treated as such”.

Looking at the Amaechi’s transportation ministry, NIWA has gotten its MD, Dr George Moghalu four months ago.
At present, the NRC, MAN, Oron and the NSC are the agencies whose CEOs tenures may be waiting either for renewal or outright reappointment within the year aside from MAN,Oron whose tenure expires next year.
Will Ameachi be given a chance to appoint or reappoint ? or will he be sidelined?. Stakeholders are sensing another power play in the appointments of the NRC and NSC as both agencies CEOs tenure expires soonest.

As for the Maritime Academy of Nigeria, Oron , fillers are tending to the fact that Amaechi did not handle the appointment of the current rector, Comdr. Emmanuel Duja Effedua transparently and the need to appoint an insider who understands the workings of the institution, than a stooge .
For instance observers are worried about the institution’s dwindling standards despite funds pumped into it.
A source from the academy in a chat with our Correspondent said.” Nothing is happening in the academy, you see let’s called a spade a spade, the academy is in an autopilot, you the media are hyping on few buildings renovated by the rector, what else? Where are our so called cadets going from here?, no sea time, no proper orientation in campus. Infact everything in this place is being run as a conquered territory. Come and see things for yourself, and this was course by Amaechi, because he did not consult widely before appionting a rector to the academy. In fact he smuggled him to the academy as a Rector.

“Things are not right here, up till now we don’t have key officers ,like Registrar, Busar, Liberian, Director of works etc, they say they are acting , for how many years will they act?. You are a journalist go to other institutions, is that how to run an academy? and everyone is keeping quiet as if it is a normal thing. Look at what happened with the recent MOU between the academy and ship owners to place our Cadets for their four months SIWES programme, we are talking about EFCC, that means the academy did not do proper profiling of those who own ships and their capacity and now you want them to refund millions you have given them. For the past three years now, there is nothing like staff promotion here and I heard in NPA, NIMASA and others they have gotten two to three promotions in the last five years. Here we are hearing about sack today , sack tomorrow. It seems you the media have been bribed, that is why you people just allow the academy to die,in the name of we are doing well”.the source lamented.

There is no gain saying that the 2023 political fireworks is on, key players in the ruling government of APC are in for both power tussle and power grappling . Politicians and party leaders in key government positions especially in grade ‘A’ financially buoyance agencies are been hunted and monitored.
Can the Transportation Minister still wield his power and influence to effect appointments and maintain his political sagacity in the ruling APC or will he be like a weakling who swims in a pool of water, but suffers foams of soap blinding his eyes inroad to 2023.?