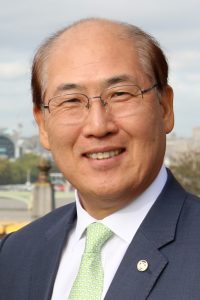 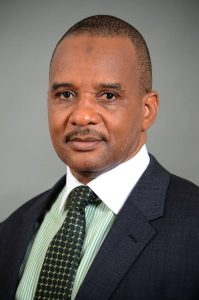 The Nigerian Maritime Administration and Safety Agency (NIMASA), in less than 100 days of the Dr Bashir Jamoh’s leadership of the agency has earned a commendation from the International Maritime Organisation (IMO) on its efforts so far in tackling piracy in Nigerian waters.

Kitact Lim, the Secretary General of the IMO conveyed the commendation through a letter dated 3rd June 2020 addressed to the Director General of NIMASA, Dr Bashir Jamoh.

The letter reads “It was a pleasure to meet again virtually on 21, May 2020 in your new capacity at the helm of NIMASA .
Thank you once again for the update provided on the efforts taken by Nigeria to address Maritime Security threats in the region. I Commend your leadership proactive response.

” I would also like to reiterate my congratulations to the Nigerian Navy on the successful capture and arrest of pirates from fishing trawlers, Hailufeng II, and more recently on the rescue of the crew members of the Containership, Tommi Ritscher.

“Those actions , together with all the other initiatives you highlighted in our meeting including progress with the Deep Blue Project. Send a strong and valuable message to the International Community with respect to considerable efforts your Government is making to curb piracy, armed robbery against ships in the Gulf of Guinea.

” I look forward to continuing to work with you and NIMASA on this important priority and remain available to discuss any further progress and development in the region “.

The letter which was address personally to Dr Bashir Jamoh, Director General of NIMASA was signed by Kitact Lim, Secretary General of IMO.

It could be recalled that in the last three weeks, NIMASA in collaboration with the Nigerian Navy has intercepted two vessels, first, the ship was rescued , while eleven pirates were arrested and handed over for prosecution in accordance with the Nigerian anti piracy law.

And the second being a Ghanaian fishing trawler operating illegally in Nigerian waters and was intercepted and handed over to the Ghanaian Government for further investigation and prosecution.