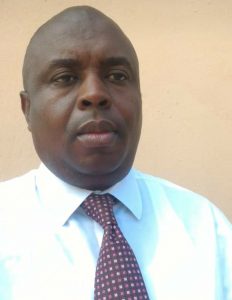 The association says the invasion of the Dr Nunieh’s resident in the morning of Thursday 16th of July 2020 at about 4am by over 50 personnel of the Nigerian Police Force whose names and mission could not be ascertained immediately and under the prompting of the Commissioner of Police, Rivers state Command,CP Joseph Mukan,could only happen in a state of war or in a Banana Republic.

According to a statement issued by the Media Committee Chairman of OWA, Comrade Nkpemenyie Mcdominic in Lagos, the Ogonis lamented the maltreatment meted to their daughter and called on President Mohammadu Buhari to intervene.

“It is disheartening and frightening that a Government that pride itself as fighting corruption and practising the Rule of Law is attacking an innocent harmless woman with state forces and weapons, effecting psychological warfare to intimidate our peace and law abiding hapless daughter.

“We however applauds the timely intervention of the highly respected people’s servant, the Governor of Rivers State, Barr. Nyesom Wike who quickly intervene to foiled the unlawful attempt to arrest the former Managing Director of the NDDC.

“We are also worried that despite the crises the Ogonis went through under the military regime, the urgly past and dark days of maltreatment and injustice mated to the Ogonis is about to repeat itself in a democratic system.

“We are further disturbed about the system of Government using the Ogonis against each other and we do not want that to repeat itself anymore.

“We also use this medium to caution and strongly go against Ms Dornu Kogbara , a respected daughter of the Ogoniland and called on her to be in sober mode instead of castigating her own younger Sister, Dr Joi Nunieh by publishing such article in vanguard Newspapers.
This attitude is viewed by us as being rude,uncharitable and ill mannered.

“In view of the foregoing, we request Mr. President, Muhammadu Buhari to use his good office to intervene in this matter, to save the life of our daughter as soon as possible. We also seek for a comprehensive investigation to be carried out about this unfortunate incident.

“Mr President, we wish to express our displeasure at the wanton abuse of power by CP Joseph Mukan and his Men in a civilian democracy.
The unlawful and illegal invasion of an innocent woman by the Police personnel is condemnable and should be seen than imagined .

“It was a complete show of raw power and abuse on our daughter’s fundamental human rights.
We therefore call for a proper investigation of this incident with a view to using your mandate to help protect our rights as enshrined in the Nigeria Constitution ,the African Charter as well as the UN Charter on Human Rights “.