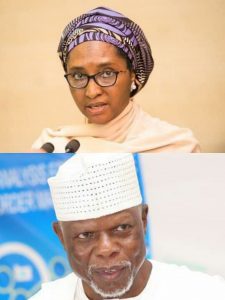 The Nigeria Customs Service ( NCS) has said that the recently Federal Executive Council ( FEC) approved e-Customs project is to revolutionise trade facilitation in Nigeria. The Service said the project is aimed at achieving end to end automation of customs processes in Nigeria and revolutionise trade, improve on National Security and save business time in transactions and revenue generation.

In the past two weeks the media was awash of controversies trailing the Customs concession agreement , called the e- Customs project. The project is premised on a concession agreement of 20 years , under Build, Operate and Transfer (BOT) model. Is said to cost $3.1billion.

But the National Public Relations Officer of the NCS, Deputy Comptroller Joseph Attah has said that contrary to the speculations that the project is ceding the responsibilities of the Service to private contractor, rather it will improve the activities of the Service in the area of revenue generation, anti -smuggling and National Security.

He said unknown to many, the recently approved E- Customs deal by the Federal Government is one unsung trade masterstroke of the President Muhammadu Buhari’s administration with capacity to engender efficiency, transparency and productivity in line with global best practices. The Customs according to him, was part of the project from conception, planning and to the stage of final approval by the Federal Executive Council (FEC).

Attah also added that the project is not a concession as reported by a section of the media, but described it as a project aiming to eradicate tax and import duties’ evasion, increasing revenue generation with the introduction and interplay of the Unified Customs Management System, e-Port, Logistic Monitoring and Electronic-Cargo Tracking.

He further said that the project will also feature Mobile Enforcement Systems, which all imports and exports would go through to be undertaken by Messrs E. Customs HC Project Limited, and is expected to run for 20 years.

Findings have revealed that the scheme which is an end to end automation of customs processes and procedures, had the inputs of top management of Nigeria Customs from the conception, due diligence and final approval stages.
The project is to be driven by a consortium of four companies that emerged after due diligence, Bionica Technologies W.A. Limited was the preferred bidder after a rigorous evaluation process.

The company, according to official sources presented its bid together with a consortium namely, Huawei, Smiths Detection, Nuctech of China, Larsen & Toubro Group, and Paramount Group, Huawei Technology. The Africa Finance Corporation (AFC) came in as both an equity investor and the Mandated Lead Arranger (MLA) which will facilitate loan syndication with foreign and local banks for the $3.1billion contract.

Attah said ” The project was never imposed on the Nigeria Customs Service. We were part of it from the stages of conception to final approval by the Federal Executive Council( FEC).

” In the history of Customs modernisation in Nigeria, this is in fact the one that has the full buy-in and inputs from the Service. Some media reports had it that the project was imposed on the NCS and capable of usurping statutory functions of the Service are far from the truth ” he said

“The Comptroller General of Customs , Col. Hameed Ali (Rtd)is not only aware of it from the beginning, it also has his full support all the way. The modernisation initiative has components that involves very technical aspects of our operations, which includes scanning that requires expertise to ascertain exactly what is being brought in and other components.

“I want to add that Nigeria is not doing anything strange in all of these, because the project itself is in line with World Customs Organisation (WCO) framework of standards that members States Customs Administration can collaborate with experts to achieve modernisation that will enhance trade facilitation, National security and other objectives.
The fears about job lost is being exaggerated as some of these equipment like scanners requires additional manpower at the sites in addition to regular Service workforce.”

HOW NIGERIA WILL BENEFIT FROM THE PROJECT

The deal from all indications synchronises with the Federal Government’s drive for Ease of doing business and trade facilitation as it tends to directly address Government, private sector and International community concerns.

On trade facilitation, it hopes to save business time at the points of entry and exits like the seaports, airports and border stations with automated process of transparency for inbound and outbound cargoes.

It’s end to end structure will enhance national security with capacity for early detection of infraction, while giving comparative advantage to compliant traders across the entry and exit channels.

It is also expected to make Nigerian business environment ready for seamless legitimate trade processes, taking into consideration Nigeria’s dream to be the hub of maritime trade in the West and Central African regions.

Nigeria under the E-Customs regime will be a model for intra African trade through the seaports,airports and land borders bearing in mind the focus of African Continental Free Trade Area (AfCFTA) agreement, which Nigeria is a party to.

The rumoured job loss said to be associated with the project has been confirmed to be untrue as it does not pose any risk to the jobs of customs officers rather it is hoped to strengthen their functions with technology and improve on their productivity in many areas.

A regime lesser human contacts with deployment of trade facilitating technology will see the NCS leveraging on the E-Customs advantage to interact very much robustly with other government and private sector participants in the port environment.

At the advanced level of a fully automated customs administration, Nigeria under the E-Customs regime will be able, after due profiling over time to recognise very compliant traders as Authorised Economic Operators (AEOs).

Presently, there is no Corporate AEO in the country despite some port users being placed on Fast Track . It’s trade facilitation strength at the advanced stage would have interfaced with bodies like Nigerian Association of Chambers of Commerce, Industry, Mines, and Agriculture (NACCIMA ), Manufacturers Association of Nigeria (MAN) and Lagos Chamber of Commerce and Industry (LCCI) among others.