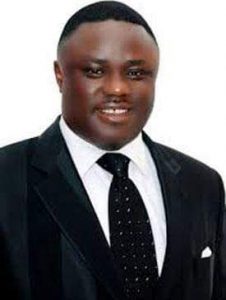 Cross River State Governor, Prof. Ben Ayade has called for the urgent review of the Solid Minerals Act of 2007, which places the exploration and exploitation of solid minerals in the Exclusive Legislative List.

Ayade made the call at the State Executive Council Chamber of the Governor’s Office in Calabar, during the visit of the Minister of State for Solid Minerals, Mr Uche Ogah. He decried the subsisting policy where mining licenses are issued to miners without the input of the host states where the minerals are found.

While flawing the obnoxious policy, the governor said: “If you look at the Mineral Act of 2007, particularly in reference to Section One, it provides for the total appropriation of solid minerals under the purview and control of the Federal Government. Unfortunately the Land Use Act puts the land as property of the state under the control of the Governors. So the President, as well as the minister, along with the Governors must have to sit at a round table and talk. But unfortunately that has not happened. However, I am happy you are being very proactive by coming for this engagement.”

Ayade said it is “unacceptable for an investor to go to Abuja and get a license to mine in my state without my knowledge and without my input. The investor simply sits with a local community chief and enter into a Community Development Agreement (CDA) which is meant to favour the investor. And so, with as little as dry gin and a little money, the community signs off a great potential because there is no involvement of the state.”

The Governor further informed the Minister that “states are becoming aggressive, states have begun the process of locking the people you give your mining license to that they cannot enter their lands without authorization from the States.” The governor therefore, urged the Federal Government to get states involved in the process of issuance of mining license.

He commended the minister for interfacing with stakeholders in the sector, saying: “Until you get to the point where you sit with the state governors and engage them the way you are doing now, then this disagreement will persist.

“Your visit shows you understand the problem because the state owns the land and in law, whatever is underneath the land and up to the sky, belongs to the landowners. So, for the federal government that exists in the air to be the owners of waterways, owners of anything underneath the ground, is not right.”

Ayade who further enlisted the help of the Minister to push for the review of the extant law which prevents states from taking advantage of their God given resources said: “My recommendation, therefore, is that you must find a modus operandi that allows you the power of taking advantage of the constitution that is about to be reviewed to say look, even before you come to us to seek license for mining please go and get approval and clearance from the state government. Until that is done, the direct introduction of the CDA which enables the investor to deal directly with the community will continue to put the community in danger.”

Earlier, the Solid Minerals Minister who was in the state”for a two-day working visit during which he met with stakeholders in the sector, lauded Ayade for the “outstanding successes that your administration has achieved in executing people focused legacy projects for the peace and prosperity of the people of Cross River State. For me, I call it an audacity of hope where there is hopelessness.”

The minister solicited the support of the governor “in accelerating the development of the huge mineral deposits found in the state. I understand in Cross River you have minerals like Barite, lead, zinc, iron ore, granite manganese etc. You have over 33 solid minerals. Even some nations in Africa do not have as many minerals as Cross River has got. This shows that the state is blessed.”

He further stated that part of his mission was also “to sensitize mine operators, members of the host communities and other mining stakeholders to ensure mining activities are conducted in a safe efficient, environmental friendly manner, consistent with the provisions of the Nigerian Minerals and Mining act of 2007.”