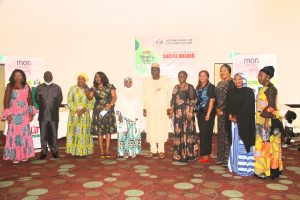 A one day Cultural Roundtable on Morality, Culture and the Nigerian Youth has been organized by National Council for Arts and Culture (NCAC). The aim of the program was to address the progressive deterioration of our cultural values and the urgent need to mount a comprehensive and sustainable value reorientation programme to return Nigerian society on the path of moral rebirth.

In his welcome address at the event held at Abuja Sheraton Hotels and Towers, the Director General of the National Council for Arts and Culture, Otunba Olusegun Runsewe decried the progressive deterioration in our cultural values. Runsewe stated that while Nigeria had always been known for a rich culture, anchored on the virtues of hardwork, integrity, high public morality, respect for elders and constituted authority, decency in dressing and in public speeches among others, these virtues are rapidly giving way to various social vices.

He noted that in the past, agents of socialization like the Family, School, Religious institutions, took collective responsibility in inculcating high moral values among our youths. According to Otunba Runsewe, today the story is different. He lamented that what we now see, is laziness, get rich quick syndrome and primitive acquisitive tendencies by yahoo-yahoo boys, scammers, internet fraudsters and all forms of social vices.

In her speech, the Chairman of the occasion, the Senior Special Assistant to the President on Women Affairs and Administration, Office of the First Lady, Dr. Hajo Sani stated that our youths in imitating foreign cultures in the way they talk and dress, are early signs of deviation from our moral values and customs.

She lamented that in our schools, many teachers who are supposed to tutor our children in cultural ethos now take advantage of the same children they are supposed to take care of. She added that the society at large, has now become bad examples to our youths by exposing them to other immoral vices like rape and other forms of evil activities.

She further noted that the First Lady, Mrs. Aisha Buhari will be willing to collaborate with NCAC on building a good foundation for our youths right from childhood.

The Managing Director of Africa Independence Television (AIT), Dr. (Mrs) Tosin Dokpesi, who gave the keynote address, commended the DG, NCAC for putting up the roundtable discourse, adding that there is no better time to start the moral rebirth crusade than now. She said all hands must be on deck to rid the society of the social vices and inculcate good values in our youths. She stressed the need to arrest our eroding values and tradition with a commitment to restore the lost culture and glory of our country Nigeria.

Highlight of the occasion was the presentation of a book titled “Morality, Culture and the Nigerian Youth”, authored by the Director-General, National Council for Arts and Culture, copies of which were distributed to all the participants: discussants, speakers, journalists and other invited guests.

He added that the book will serve as one of the literature materials that his Council intends to use to prosecute the moral rebirth in our society. He urged every parent, teacher, religious leader to critically review our values as a nation as that is the only sure way we can aspire for accelerated growth and development we urgently desire.

The one day roundtable attracted the participation of critical stakeholders from different sectors of the society.