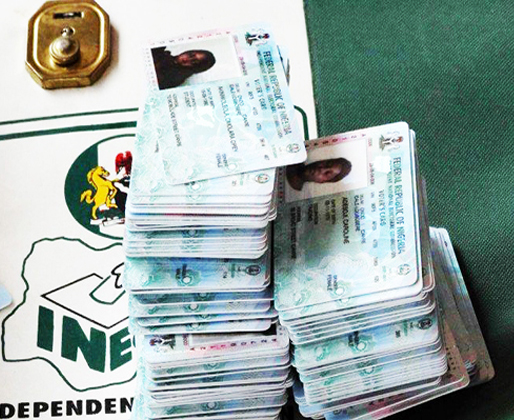 Placards are fabulous, but PVCs first.
It’s been a past few days of revelation in my fatherland Nigeria.

The supposedly lazy Nigerian youths have had the audacity, and most of all the energy to turn out enmasse in protest against police brutality, particularly the SARS who are notorious for their wanton abuse of the rights of the people they are meant to be protecting.

In more than a few cases where youths have been profiled for simply looking good or having the latest gadgets and driving the best cars, lives have been lost and it is indeed about time that the people rise as one, the youths especially, and vent their anger in the form of protests.

In all honesty, I always get the sense that our elders in Nigeria do not think that as millennials and youths we have our priorities straight.

I once wrote an article on my blog where I referred to a certain statement by Patrick Obahiagbon who said we couldn’t take charge of our future because we were a facebooking and Instagramming generation.

I once listened to the most reverred PLO Lumumba who said that the African youths are generally simply concerned about the Manchester Uniteds and Arsenals which is why we cannot affect our societies effectively.

I’m very sure that these are the views of a whole lot of our other forebears, they simply think we are a good for nothing generation without foresight, yet when you look at our society that has chiefly been governed by this same elders, we haven’t made much progress.

We dance in cycles and the only significant movement we make is retrogressional. They have failed themselves and they have failed the upcoming generation. Yet this is not the issue to overflog now. What we must think about is how to move forward and as great Nigerian youths, we cannot allow our own children born already or yet to be also look at us like a generation that has failed them because the onus is on us to rescue the nation.

Leaders of tomorrow. So has it been said since speech and words we could understand. In nursery rhymes our vocal chords paid service to songs of prophecy and prayer. Why have we then left our nation for the withering to steer in a direction and a destination that is beyond their time, for even if they reach it little can their strength match their wits. Has tomorrow not come since yesterday?

We watch our leaders take loans from China and long after bones rot in the ground shall our own kids pay for decisions reached before they were Embryos. Tomorrow comes hither, and ever and anon it is our time to take the mantle of leadership.

So how do we move forward? How do we change things and how do we begin to practically participate in governance. I do not think we can achieve much in the form of protests other than loss of lives. You can protest to fix a couple of problems where you do not have an overwhelming number of same.

I mean we are talking about SARS now, but there are other issues with our healthcare system, with simple amenities like water, electricity, and good roads. We have problems with Boko haram and bandits in the north, our education system is In it’s most sorry state, the list goes on. So if we want to solve the issues by protesting, then we will protest for ages, and when protests drag on for too long, they morph into something else believe me nobody is ready for actual chaos.

Moreover, Protests serve as a means for change in a progressive society with listening leaders who don’t make fake promises and our leaders in Nigeria do not listen.

When they claim to listen they set up committees and judicial panels of enquiries that do not effectively solve the problems from source, they only plaster the wounds. For example we are talking about disbanding SARS but that cannot work because it’s like disbanding the police force as a result of errant police officers. That is why the IG set up SWATT, that is the best we can get.

A change in nomenclature and a camouflage reform, disbanding cannot work. Why can’t it work? We have armed robbers and kidnappers everywhere, the result of a teeming population of jobless youths.

So the next natural consequence of that is an overpoliced state and even a lot of our police officers are in the force because there are no other jobs for them. It can’t work because in a society where you do not have jobs you will definitely have criminals, it is a matter of cause and effect, there is pervading hunger across the land.

The issues plaguing our country are far too weighty, far too numerous and has eaten deep into the fabric of our system for them to be solved by setting up committees and having fire brigade approaches.

We will simply find ourselves throwing away the baby with the bath water. We need to fix the problem of leaders. That is the very foundational problem that we have. We do not have the right people governing us as it is and if that is not sorted we will keep dancing in cycles. We’ve been here before and we will only be back again.

As have been alluded to above, protests can lead to what nobody wants them to lead to as has been the case with the EndSars protests.

They can be hijacked by hoodlums, it doesn’t matter whether the hoodlums are sponsored by government or not as has been alleged, what matters is that we all live to see tomorrow and nobody is ready for the anarchy that it might all result to, let us not deceive ourselves that we are ready for a revolution.

The Lekki toll gate issue is very sad, yet the government we have at the moment is still sovereign and legitimate, the protesters should have gone back home once the curfew was announced.

The ensuing narration above if I have not oscillated beyond a simple conclusion is what has led me to say that from my point of view, the most strategic solution will be for everyone who has grievances to wait like a Cat stalking it’s prey towards 2023, keep the placards aside and ready their PVCs, to put the right people in power. Patience is a virtue, we need to play the waiting game.

From a legal point of view anything other than an electoral change is deemed treasonable and actionable by the Government. Hence the need for due process, when 2023 comes we can revisit the whole structure and super structure of our society.

We can be very tactical about this and we can be very strategic about it. We need to work on the National Assembly precisely, you cannot have fundamental progress without the right representatives in the nation’s law making and oversight body. People say that the President of Nigeria is very powerful considering how centralised and federalised the powers of state are, but honestly the President no matter how good can’t do it alone.

In 2015 a lot of people who didn’t deserve to be in the Senate or House of reps found themselves there because they simply rode on the reputable integrity of President Buhari without proving their own characters individually. People just thumbprinted APC across board, meanwhile our representatives in the legislature matter a lot because in a democracy everyone needs to be on board for the right changes to be made, the President is just one person. We should try to vote for people based on personal recognition rather than political party affiliations which makes undeserving individuals benefit vicariously.

My generation can save Nigeria, but we have to be alive to do it, and we have to do it in a circumspect manner.

We do not have a system that allows independent candidates to run yet, however we can take some form of control by coming together to form political parties, we can get into key positions of governance, we must do this the right way.

It has been beautiful to see how interested in changing the state of the polity the youths are.

Believe me the current crop of leaders know by now that it will not be business as usual in the coming years and that we are not simply wallowing in our states of apathetic ignorance anymore, but I say again, we have to be alive to make things happen, in an environment as peaceful as possible.

I know for a fact that there are scores of protesters out there who didn’t vote in the last elections, that is if they even have PVCs. It is true that our leaders know how to rig elections, but you cannot rig out an overwhelming majority. We can do this, and we can do it right come 2023.

Placards are wonderful, but PVCs will do the magic.

Muhammed Belgore is a Lawyer who is passionate about Nigeria and it’s general social justice. He hopes to be a voice of reason representing his generation in a time of impending sweeping change which will be championed and realised by the Nigerian youths as they wake up to their responsibilities and calling as leaders of a tomorrow that is already here today.