Home » News » REVERS GOVERNMENT TO PAY N20M EACH TO FAMILIES OF SLAIN POLICEMEN, SOLDIERS BY IPOB

REVERS GOVERNMENT TO PAY N20M EACH TO FAMILIES OF SLAIN POLICEMEN, SOLDIERS BY IPOB 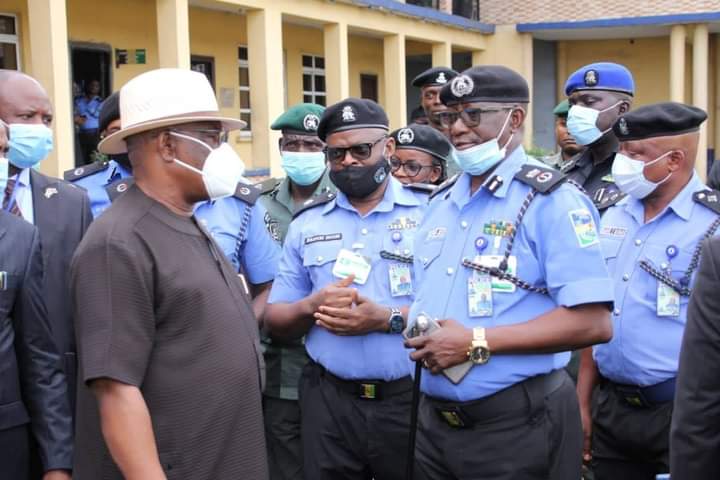 The Rivers State Governor, Nyesom Ezenwo Wike, has announced a N20 Million compensation each to the families of the Soldiers and Policemen killed by members of proscribed Indigenous Peoples Organization of Biafra (IPOB) in Oyigbo, Rivers State last week. In addition, the Governor has promised to rebuild all burnt Police stations in Oyigbo and vowed to ensure that the terrorist organisation no longer exist in Rivers State. 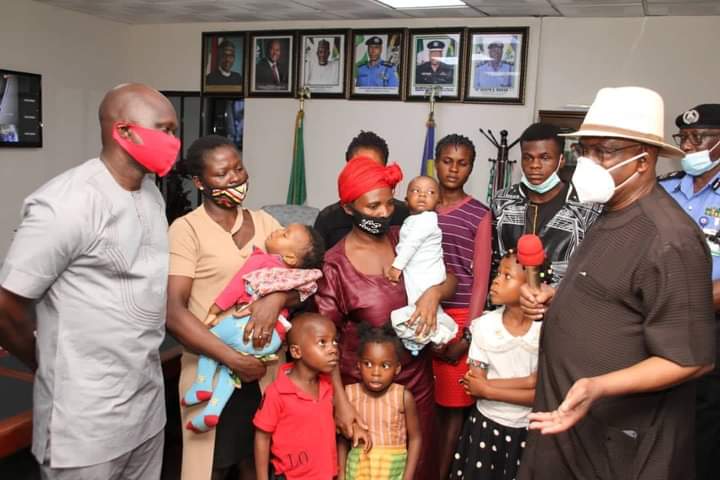 The governor who was accompanied by the Secretary to the State Government, Dr Tammy Danagogo; the Commissioner of Information, Paulinus Nsirim; and the Attorney General and Commissioner of Justice, Professor Zacchaeus Adangor, described the gruesome murder of the Policemen and Soldiers as unacceptable and unfortunate.

He stressed that the State Government will support the Police to make sure that all IPOB members who masterminded the killing of the Policemen and Soldiers, as well as the wanton destruction of Police stations in Oyigbo are apprehended to face the full wrath of the law.

“IPOB masterminded the killing of our gallant officers of the Nigerian Police and Army. We want to state clearly that Rivers State Government will support you to make sure that any of the perpetrators of this hideous crime does not go free. Enough is enough. You cannot continue to kill our Policemen who have not done anything; who have not committed any crime” he said.

Emotionally stricken by the presence of the grieving wives and children of the killed Policemen, Governor Wike, vowed to ensure that IPOB will no longer exist in any part of Rivers State. According to him, the killing of Policemen was one crime that the State government will never condone.

The Governor announced that the State Government has decided to pay the sum of N20 million to each of the families of those killed by IPOB members in Oyigbo.

He further assured the Police Commissioner that the State Government will rebuild all the police stations torched by IPOB, and provide necessary support to policemen whose residence were vandalised and rendered homeless.

The Commissioner of Police, Joseph Mukan, said the Governor by his decision to commiserate with the Command and the deceased families, has demonstrated he is a compassionate father of the State.

Mukan explained that the Police and the Army have taken over all IPOB stronghold in Oyigbo and will ensure that the group cease to exist anywhere within the State.

The Police Commissioner maintained that the Command will not abdicate its responsibility by ensuring that IPOB which had been declared a terrorist group by the Federal Government in 2017, continue to use Rivers State as launch pad for its terrorist attacks.