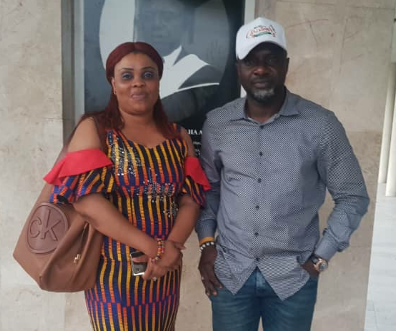 The Obong of Calabar Golf Classic was powered by Group Captain Edem Oyo-Ita,(Rtd), Director,Air Transport Regulations, Nigeria Civil Aviation Authority ( NCAA), as golf tourism platform lubricated as annual sports events for aviation professionals and to which NANTA is at the forefront of the marketing mix.

Susan Akporiaye, disclosed that body will mobilize its strong membership, particularly in the South South and South East to market the Obong of Calabar Golf Classic as the biggest tournament on that flank, since golf tourism is the biggest paying sports showbis in the world today, and creating a new stream of verifiable income for the association members.

With a well appointed promotional pavilion at the sidelines of the event , Nanta showcased its history, membership, focal agenda, the team spirit, local and International presence and marketing connections.

Indeed, the NANTA pavilion became the meeting and networking ground for all golfers and visitors at the event, including the the referred Obong of Calabar who was excited about the activities and presence of the association, particularly the robust support to back up the marketing and promotion of the tournament on the Nigerian domestic tourism calendar.

A window of opportunities for future tourism collaborations was also consummated with the Ambassador, Trinidad and Tobago by NANTA President at the 3- day golf classic event.

Not done with networking, the group President, Mrs Susan Akporiaye took to a very insightful and thoughtful door to door meeting with NANTA members in Cross River State, sharing her team vision and expectations with excited members. Many who praised her courage and presence to reach out to them in this very critical new normal situation.

Mrs Susan Akporiaye also dutifully breezed across to Akwa Ibom State, met with the State Commissioner for Tourism and the management of the iconic, Ibom Air, all towards creating the needed partnership with the association to help turn around the state tourism agenda.

An agreement to organize a fam trip to the state for its members dovetailed the fall out of the highly rewarding discussion with the state government with the airline management acknowledging the reported frustrations of its members on the their ticketing system regime, assuring that plans are under way to grant their members exclusive issuing authority on its trade documents.

The airline management commended Mrs Susan Akporiaye and her team for the effectual presence of NANTA all over the country, stating its resolve to open up the northern routes as part of the strategy to create a seamless national network connection as a frontline domestic service provider.