-RECORDS N386M IN ONE MONTH 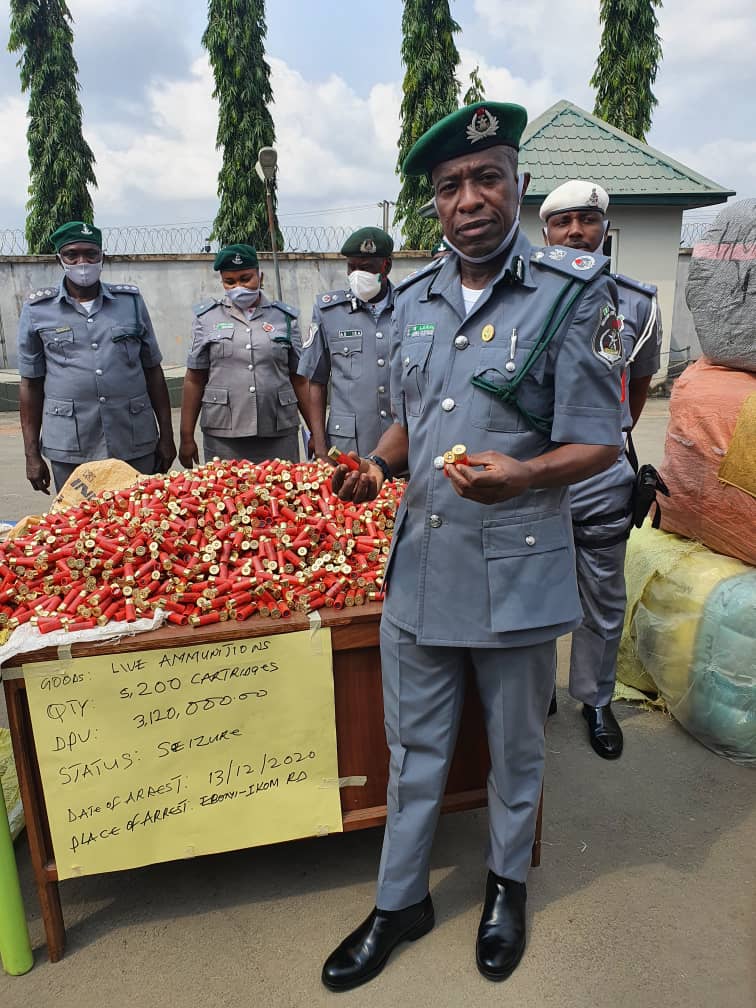 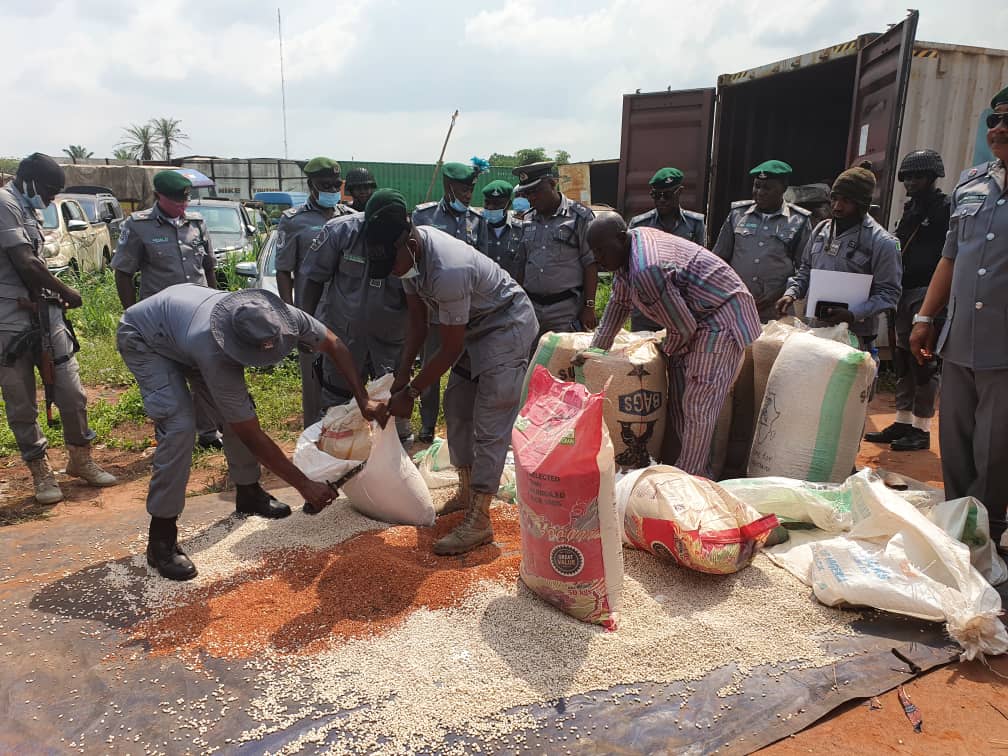 The unit through its interventions also recovered a total of N7,557,731.00 from Demand Notices issued to importers on general goods that tried to evade Customs duties from the seaports in the guise of false declaration, transfer of value, and shortchange in duty payment that are meant for the coffers of Federal Government of Nigeria.
The cumulative sum of N386,309,666.00 was recorded by the Unit within the month under review making it a landslide in recent times.

In a statement issued by the Public Relations Officer of FOU, Zone ‘C’ , Owerri, Deputy Superintendent of Customs Jerry Attah, the Controller, FOU Zone ‘C’, Comptroller Yusuf Lawal Psc(+) while addressing the media in Owerri Imo State Capital expressed concerns over the trends in arms and ammunition smuggling in recent times. The Controller make reference to the interception in Lagos in 2017, in Kwara in 2018. And just recently in Kebbi using different routes and now the interception of 5,200 live ammunition cartridges (30GR 70mm Calibre) on the 13th of December 2020 concealed with other goods and household items in a passenger vehicle, Toyota Sienna along Nwezenyi Ikom Road Cross River State, which was based on credible and timely intelligence.

He said “Only God knows what would have happened if these cartridges get to its destination unchecked, considering the fragile security of the Nation. From armed robbery, kidnapping, banditry to insurgency.” Comptroller Yusuf stated that the seized ammunitions fall under schedule 4 of the Common External Tariff, which its importation is absolutely prohibited.

Others are two Toyota Hilux 2016 and 2015 respectively, one Mercedes Benz ML350 2015, and other controlled pharmaceutical products at various locations. Three suspects were arrested in connection to these different seizures.

Comptroller Yusuf Lawal attributed this achievement to the leadership style of the Comptroller General of Customs, Col. Hameed Ibrahim Ali (Rtd) and the entire Management Team of the Nigeria Customs Service for their efforts in recognizing hardwork, dedication and commitment. “Without the Management motivation and necessary logistics support, we won’t have attained this feat within this short period”.

Similarly, Comptroller Yusuf while commending the commitment, doggedness and diligence of the Officers and Men of the FOU ‘C’ for thwarting the antics of some dare devil smugglers/economic saboteurs who used different methods to deceive Officers , further charged his officers to be professional and diligent in performing their statutory responsibilities in the year 2021.

“We believe we have what it takes to do more in this new year of 2021. Consequently, Let me use this special privilege to call on the general public and you the members of the forth estate of the realm to join the Nigeria Customs Service in the advocacy campaign against the danger of smuggling to the Nation’s Economy”.