NCAC, NYSC Partners for one Nigeria 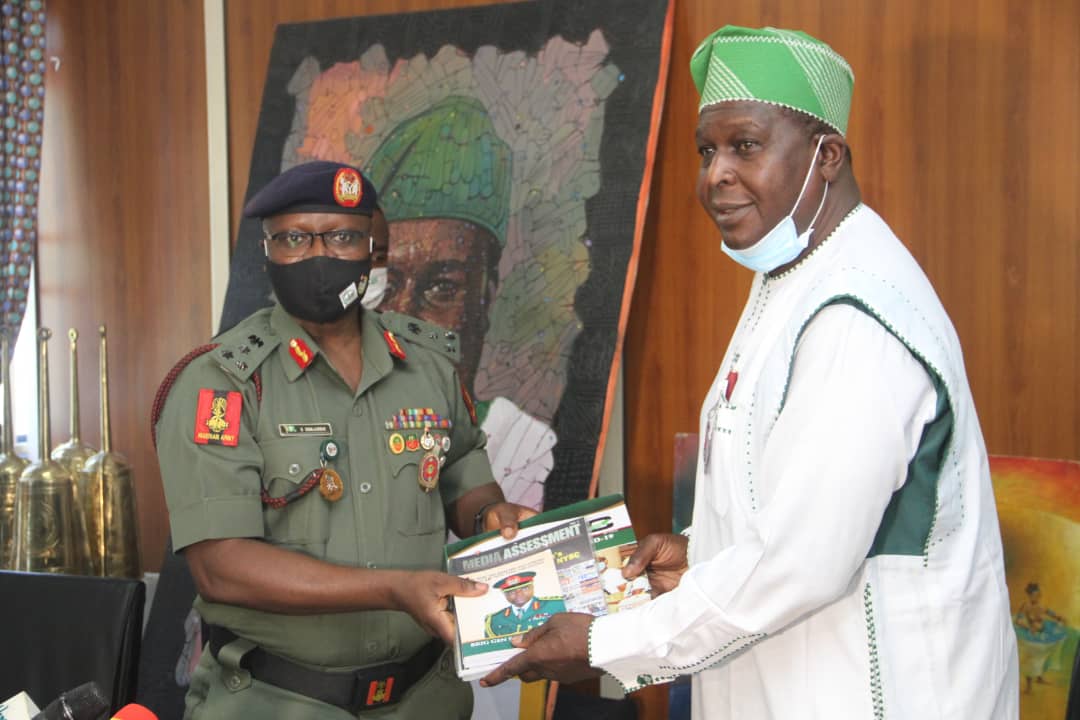 The Director General of the National Council for Arts and Culture (NCAC), Otunba Segun Runsewe has pledged his commitment to partner with the National Youths Service Corps (NYSC) in the task of uniting Nigeria and bringing sustainable peace and social harmony in the country.

Runsewe made this pledge when he received the Director General of the NYSC, Brigadier General Shuaibu Ibrahim in his office. While unveiling a joint agenda tagged “Partnership That Works”, Otunba Runsewe said that NCAC and NYSC have similar mandates.

He noted that while the NYSC was established in 1973 by General Yakubu Gowon administration in pursuance of the policy of Reconciliation, Reconstruction and Rehabilitation, the National Festival for Art and Culture was established by the same regime to foster national peace, unity and integration using culture.

He further said that while the NYSC scheme brings together young Nigerians to serve in States other than their own, NAFEST brings together contingents from the 36 States and FCT to showcase their cultural peculiarities and exchange cultural ideas. He appealed to all organisations to always accept Corp Members posted to them and treat them with respect as they are in the service to the nation.

The Director General, National Youths Service Corps, Brigadier General Shuaibu Ibrahim in his remarks thanked Otunba Runsewe for accepting to partner with the NYSC, which Runsewe described as partnership that works.

On the spread of Covid19 in the NYSC camps, the NYSC, DG explained that all prospective Corp members are screened and tested before being allowed into the camp. He added that NCDC has its offices in all the orientation camps in the country to take care of any emergency that may occur.

He assured parents, guardians and intending Corp members that they will be screened, tested and certified fit before being allowed into the orientation camps.