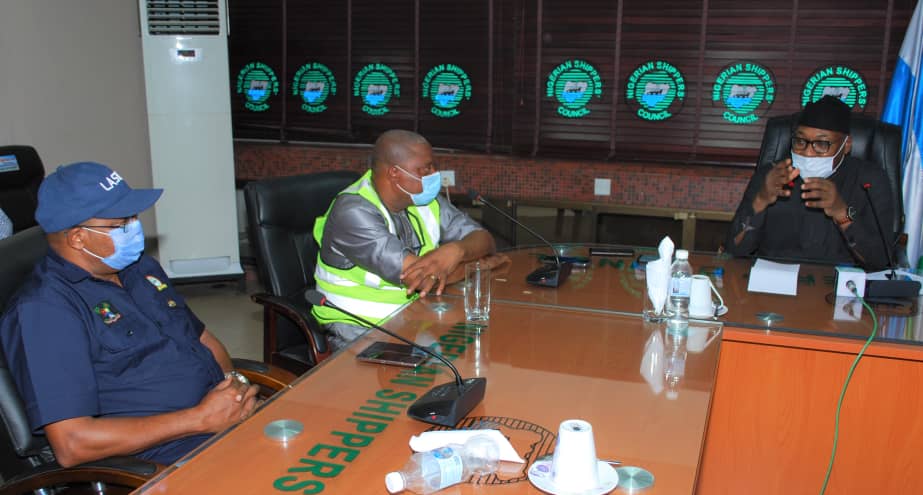 The newly inaugurated Lagos State Government Task Team on restoration of Law and Order on Apapa Ports access roads has solicited the cooperation of Nigerian Shippers’ Council (NSC) to enable it solve the traffic problem in Apapa.

The Chairman of the Task Team, Mr. Toyin Fayinka made the call during a courtesy visit to NSC’s headquarter in Lagos on Tuesday. Mr Toyin Fayinka who is also the Special Assistant for Transportation to Governor Babajide Sanwo-Olu of Lagos State said the essence of the delegation’s visit to NSC was to introduce the team to the Council, emphasising that the Committee cannot succeed in its assignment without the support of the Council , Nigerian Ports Authority (NPA) and other agencies in the maritime sector.

General Manager, Lagos Traffic Management Authority (LASTMA), Mr. Jide Oduyoye, who is also a member of the team, said LASTMA will not hesitate to sanction any case of indiscriminate parking of trucks on port access roads. He lamented the lack of regulation of truckers and truck ownership, pointing out that most trucks are second hand and unserviceable. He said minimum standards are required for truck drivers and trucks.

He said the Implementation Committee on the Ministerial directives to decongest traffic gridlock along the Port access roads and Lagos maritime logistics ring would work in tandem with the Task Team as a permanent solution to the Apapa traffic problem will benefit all Nigerians by eliminating the distortions in prices of goods imported into Nigeria.