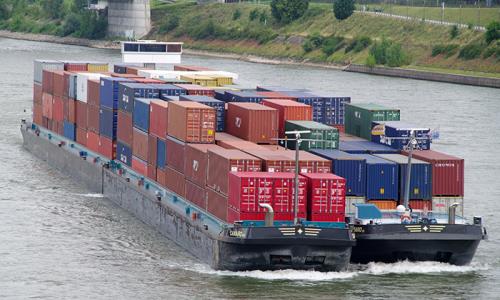 Federal maritime agencies Committee on activities of barge operations on Lagos Waterways, has clamped down on illegal barge and jetty Operators around the kirikiri Lighter Terminal which is notoriously been used as hide outs for deviant elements.

Barges seen wrongly anchored and obstructing visibility on the channel were immediately compelled to move out of the right of way and find better access and approved access to operate.

The action of the task force on Thursday which took most barge operators and illegal jetty Operators by surprise, was sequel to the recent uproar generated by careless barge operators and unlicensed tug boats crew members, some leading to avoidable fatalities.

Chairman of the Federal Agencies Committee on the activities of barge operations, Captain Daniel Hosea Gangun stated that the committee would not relent until there’s total compliance of barge and illegal jetty Operators to adhere to extant regulations on transportation on the Waterways.

On the buy in by stakeholders, Captain Gangun disclosed that the organised private sector barge operators association gave its nod to the enforcement regime, adding that their petitions to sanitize barge operations informed the federal agencies intervention.

Accordingly, the sealed illegal jetties and Tugboats without approved documentations, were manned by NIWA Police to prevent violation of the seal order. The clamped down and enforcement initiative is ongoing and would visit other channels within and around the Lagos waterways in weeks to come.