SON seized N600m worth of substandard Tyres, clamours to return to Ports 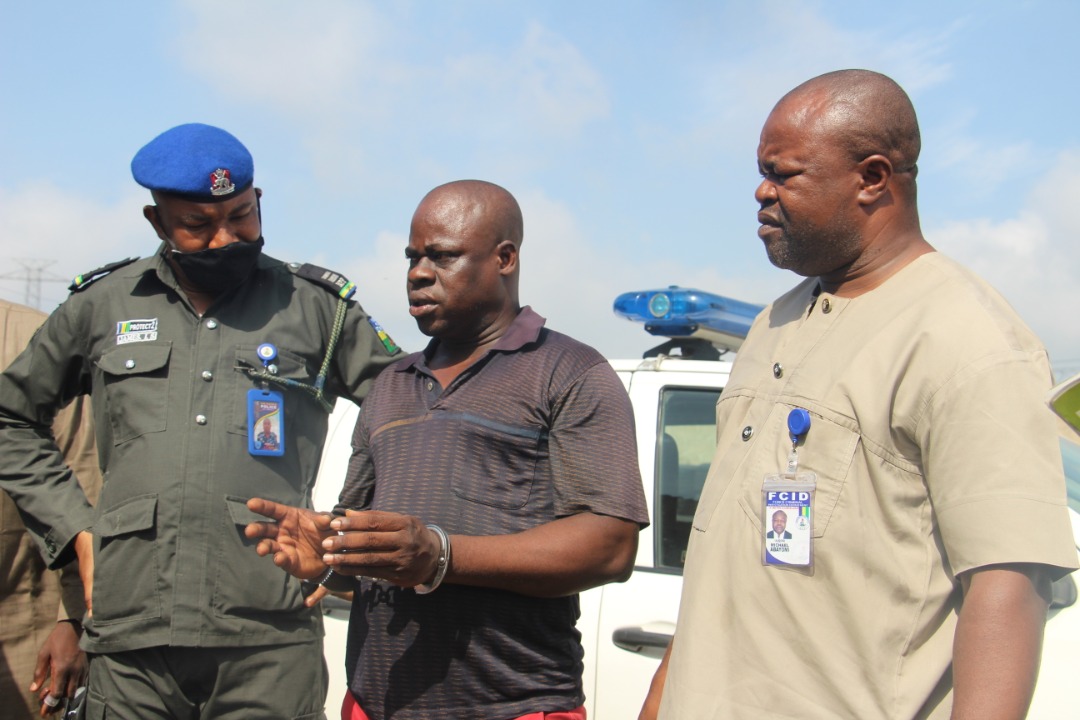 Importers of substandard products have resorted to operating from remote areas in their bid to avoid the eagle eyes of the Standards Organisation of Nigeria (SON). This revelation was made by the Director General, Standards Organisation of Nigeria (SON), Mallam Farouk Salim, during an enforcement exercise on Friday at Obafemi Owode area of Ogun State. 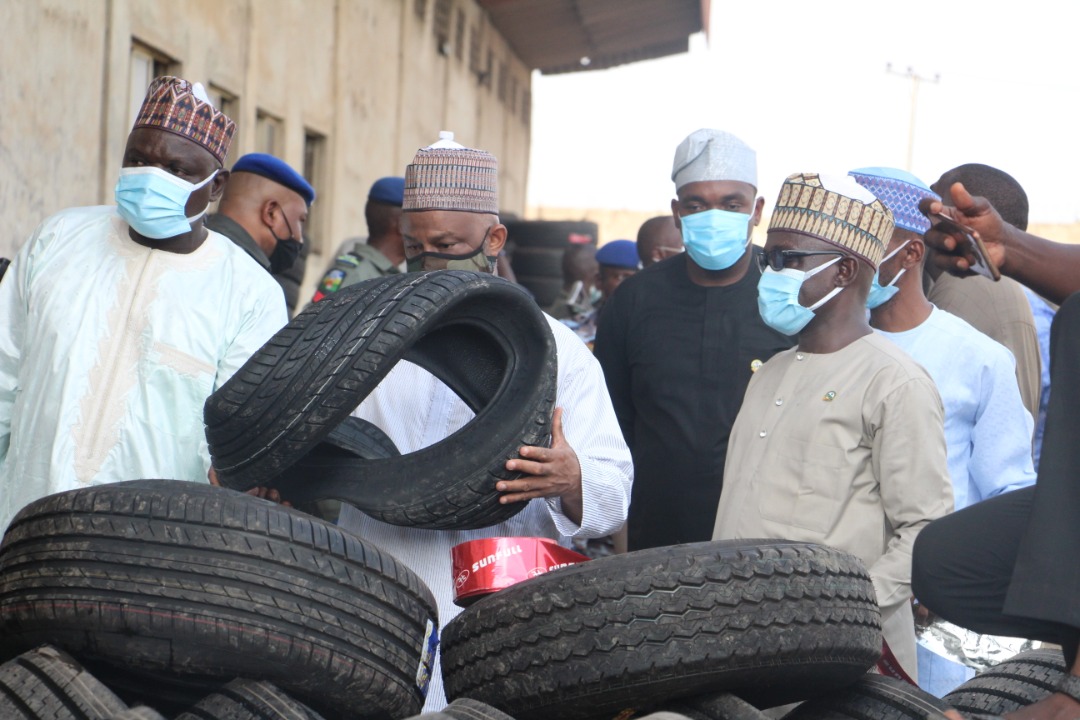 The operations saw the discovery of a warehouse stocked with illegally stuffed tyres worth about N600 million.

The SON, DG said the importers were taking advantage of the vastness of the country to warehouse substandard products at different hideouts across the country, assuring however that they would not escape the enforcement activities of his agency. N600m worth of substandard tyres were discovered at the warehouse and were promptly confiscated by the agency. 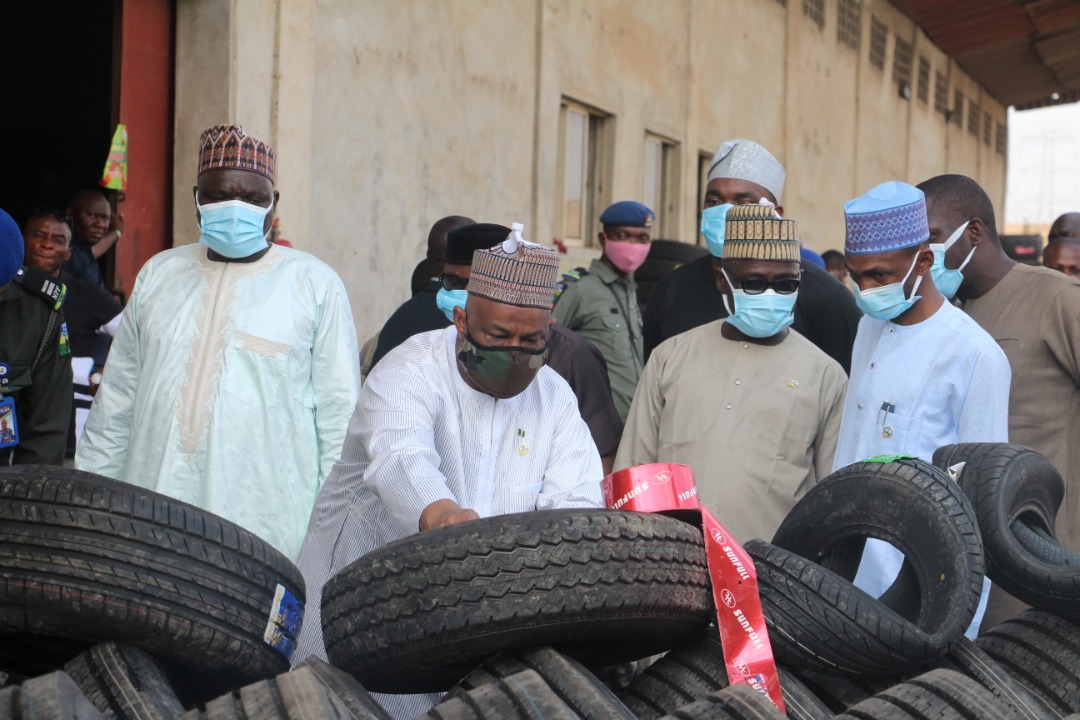 The Director General said the tyres, stuffed in 100 containers, passed through the ports unnoticed, saying this again had underscored the need for the SON to be present at the nation’s points of entry. He stated that before declaring a tyre substandard, it would have been tested in the laboratory and found short of the requirements of the NIS 252 2017 standards.

Mallam Salim explained that being produced through a mechanical process, that the physical structures of tyres were readily affected once exposed to stuffing. “Anybody buying a tyre should do physical examination and visual examination,” he advised.

Salim further said the seizure was to ensure that those tyres stuffed in over 100 containers, did not find their ways into the nation’s markets, as their integrity had been lost. “This is a very dangerous situation because people’s lives are at stake and our roads are not safe because of something like this.

“We have no idea how these tyres got into this country. We are not at the ports and it did not come through us and they do not have papers with us that the goods have been cleared.
“We do not also have access to the port because if we were at the ports, there is no way we would allow about 100 containers; and you can imagine if another 15 warehouses around the country, we are looking at about 2000 containers slipping through unnoticed,’’ he said.

Mallam Salim reiterated that given the vast nature of the country, it would not be a surprise to find other such warehouses in the North.
“ It is a very dangerous trend and this is why we are still emphasising that the best way to enforce is to be at the point of entry. This is why about 100 containers slipped through the ports and ended up in the warehouse,’’ he added.

The SON boss lamented that tyres with no economic value were like time bombs waiting to explode, maintaining that SON would stop at nothing at ensuring that substandard tyres did not find their ways into the hands of unsuspecting consumers in the country.

Providing a background to his agency’s relationship with the Nigerian Customs Service (NCS), he described it as excellent, underscoring the importance of closer synergy among sister agencies to combat the menace of substandard goods.

‘’Our message to importers is that we are coming for unscrupulous importers and we are not ready for compromise; we will prosecute. There is no way we can salvage these tyres so we are going to destroy them,’’ he added.

‘‘We have arrested the manager of the warehouse, but the owner of the product is a foreigner and happens to be outside of the country and we are sure he would come to explain himself. And if he does not, we will just prosecute the manager and anybody involved in this property’’, he said.

Mallam Salim also enjoined members of the public to always insist on buying quality goods, saying that this was the only way to drive Nigeria’s industrialisation.

The Manager of the warehouse, Emmanuel Ogbagu, fielding questions from the Director General, said the warehouse employed outside manpower to un-stuff the tyres to be taken to markets across the country.
He said all efforts to reach the owner of the warehouse had proved abortive, saying that he was quite aware of the implications of stuffing tyres.