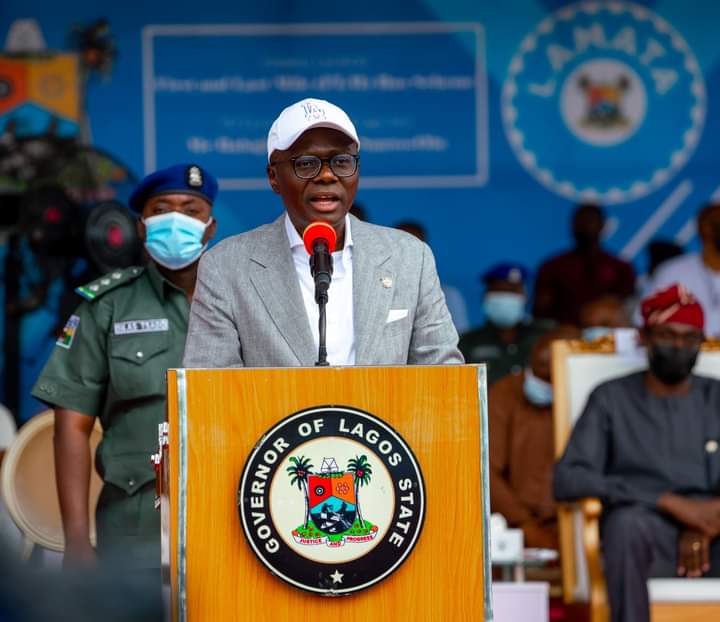 In keeping to his promised to phased out Motorcycle (Okada) and Keke Nakpep from Lagos routes, the State Governor, Babajide SANWO-OLU on Monday launched 500 units of First Last Mile (FML) and a set of 100 high and medium capacity buses into Lagos routes. 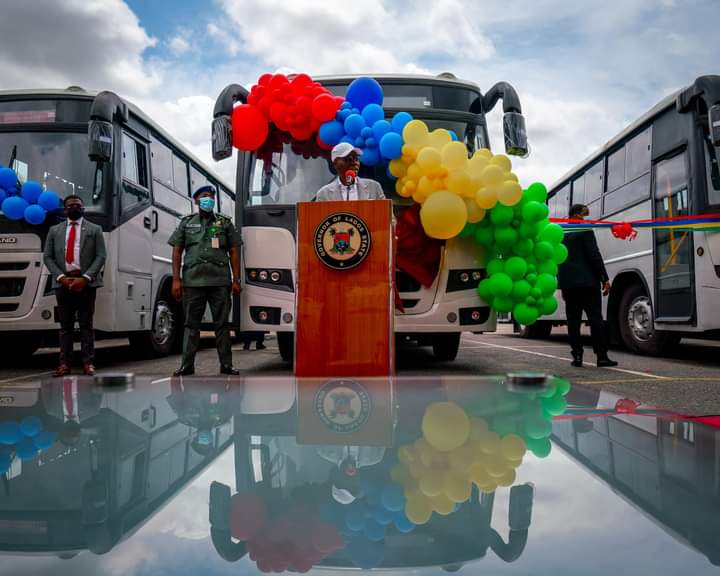 According to the Governor “today, we launched 500 units of First and Last Mile (FLM) buses and 100 high and medium capacity buses for standard routes.

” The FLM buses will serve 286 identified routes within our communities as an alternative to addressing the menace and security threat constituted by Okada riders.” 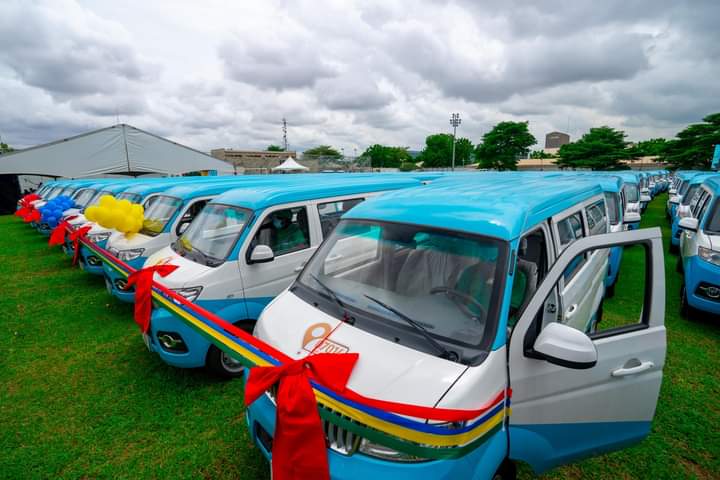 He said the FLM buses are safe and convenient as commuters will be able to use Cowry Travel Cards – an automated payment system already in use for BRT buses.

“We added the 100 brand new high and medium capacity buses into the fleet of Lagos Bus Service Limited (LBSL) to replace vehicles burnt at BRT stations during the wave of violence last October.

” The launch of the FLM Bus Scheme is an important milestone in our quest to achieving the intermodal transport system which gives our teeming population the choices they deserve, reducing congestion and journey times, and improving the quality of life”.

It could be recalled that the Babatude Fashola administration in Lagos State has through the State House of Assembly enacted a law banning Motorcycles and Keke Nakpep from major routes and highways in the state.
But, due to lack of alternative means of transportation, deplorable state of Lagos roads and the chaotic traffic gridlock in Lagos, enforcing the ban has been a major challenge.