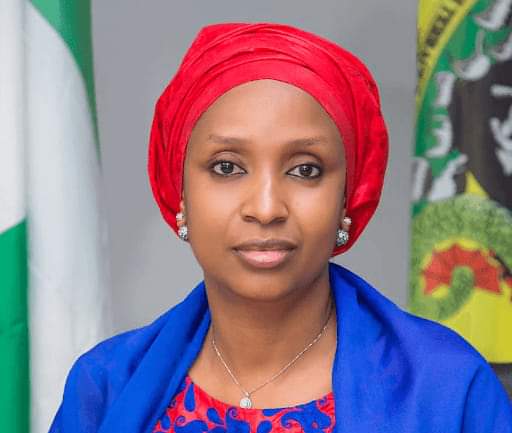 I hope this letter meets you well. I decided to write to you first as a Nigerian and secondly as an observer familiar with the recent happenings in the maritime sector. I read about your suspension and some of the actions that you were said to have taken while in office. I am also aware, just like many Nigerians that an administrative panel has been set up by government to look into the issues. I must say that I have great respect for you and have sympathy for the courage you have displayed so far.

These are obviously challenging times for you. It is obvious that you are quite an influential person as I can see the efforts of many media people to defend you. I have also read a few press statements issued directly by your good self in a bid to state that you are blameless. Recently and surprisingly too, the former President of Liberia Mrs Ellen Johnson Sirleaf expressed how disheartened she was about your suspension. Apart from the former President, other female platforms are said to be actively mobilising to begin to put all forms of pressure on government on your behalf. That is really nice.

As a devotee of women empowerment, I stand with them in solidarity that more opportunities not less should be given to our women. However I think public office should not be an entitlement, it is a privilege and should be treated as such. It must not be for one person alone. It should go round. The whole thing is now looking more like desperation on your side and I am not happy about it. Granted, you are obviously doing everything to defend yourself but in the process you have leaked many sensitive government documents to the public to try to back up your story. Why all that? As someone who appears sure of her innocence, many of your supporters believe that you should have waited to go to the panel to state your case to see if you will be given a fair hearing. That you did not wait for that to happen makes it look like you have something to hide.

Surprisingly, the evidence emerging about your dealings are quite disturbing and at this point I really wonder what a media campaign can help you achieve. It will rather exacerbate the situation and make it seem like you are confrontational and jittery. For instance you were accused of hastily manipulating the procurement processes through selective tendering. Maybe this was because you had transferred the procurement department from its original position to domicile it directly under your office. I am very worried about this because I used to think that you were a selfless activist. If you were indeed a champion of transparency that you want Nigerians to believe then why try to evade checks and balances. It makes a mockery of whatever you stood for before your NPA appointment. You chose a process that only allows a preselected list of contractors so that you can have your way. Such influence peddling does not provide for a level playing field and you know it. I also learnt that you made sure that it happened when there were restrictions as a result of the pandemic. Unsurprisingly only few contractors even knew about it. During the period, you reportedly insisted that your preferred staff came to office even on weekends in order to finalize the papers in line with your pre-determined direction. I was also told reliably that you granted duty waivers worth billions of naira to Africa’s richest man Aliko Dangote who is quite close to you. You were also said to be repeatedly hard on his competitors to give him underserved advantage at the expense of the country. Why? What have you got to say about that? As a member of Presidential Action Committee Against Corruption (PACAC) with a respected family background, you should have known that you are being watched closely. Do you not understand the meaning of conflict of interest?

Whatever grievances that you may have personally about these contractors, you should know that there will be consequences when their contracts get suddenly terminated. It is voodoo economics to have taken such actions and still try to say (as your supporters suggest) that you acted to further national interest. So how come there are shortfalls here and there? You could have avoided treating NPA as if it was an extension of your father’s private company. Why did you have to do all that? Did you forget that you will one day leave office and some of these details will emerge in the public domain? Do you mean that all those posturing you did as a public spirited campaigner were just to deceive the undiscerning public? Anyway, to some extent you succeeded with it especially with someone like me (initially) and I must commend you for that.

I can confirm to you that many Nigerians are particularly disappointed by your record of disobedience of court orders. Denying them makes you look quite disingenuous because there are copies flying around in public spaces. In government, you do not wake up and terminate agreements like the one said to be between INTELS and NPA because of vested interest. You should have considered the losses and collateral damage to the country first and followed through the process. If indeed you were in pursuit of national interest, why hurry and attract avoidable litigations? When a conflict arose, what was your reason for avoiding options for arbitration as specified in the contract agreement? Did you actually believe that you are above the law and your contacts within government will protect you?

Hadiza dear, I am aware that you were calm but ruthless in most of the actions you took while in office. That makes me sad. However those who know how close you are to the Kaduna State Governor Nasir Elrufai do not have to go too far to figure out where you learnt those skills from. Yet, you should have thought it through before exporting such toxic disposition to a government bureaucracy. You probably forgot that you were just a head of an agency not a chief executive of a state.

I guess that by now it must have started dawning on you slowly that you made mistakes and there were many of them. You should not have gone above the Ministry of Transportation to get your approvals even if you had access to the President. You allowed power get into your head and you over assumed that those within your network in government will always rescue you when you are caught in a web such as this. It is fine. Even if you felt it was time to kick away the ladder you climbed, you could have done so more subtly and smartly. But who am I? I must quickly add that you have done well for yourself. You are just 44 years and you have really moved quite fast in life. I understand that this is your first major national assignment and you should have learnt a lot from it. After all there is no particular thing that made you qualify for the position beyond patronage. Now if the same patronage infrastructure that enthroned you eventually decides to dethrone you, I think you should come to terms with it, count your losses and move on.

This imaginary reputational battle you are waging is diversionary in intent and may end up backfiring on you. I read about a veiled reference by one of your supporters about politics and I began to imagine how bad Senator Shehu Sani and his other colleagues will be feeling because of the alleged role you played former to thwart their ambition and please your boss. It is a story for another day. For now, I am really praying fervently that your realize the truth and that all goes well with you in the coming weeks. Both your critics and admirers are waiting for the panel to finish their work and suggest a landing pathway. I have no gift of clairvoyance but apparently the damage has been done already. I am confident that you still have more opportunities to prove that you are committed to national interest as you like to claim. There is still work to do as you have not lost much. By the way, some of the Chibok girls are still in captivity and many more persons are being kidnapped daily in Kaduna, Kano, Bornu, Yobe even Zamfara. You could as well continue with the campaigns to press for their freedom or try to run for an elected office again to test your popularity.

For now, I offer my heartfelt greetings to your children and the rest of your family. I suggest you take time off to rest, desist from unhelpful campaigns against a government you once served while watching things unfold. Qui Sera Sera!

Dr. Zubairu is a Maritime/Public Policy Analyst and contributed this piece from Apapa Lagos.