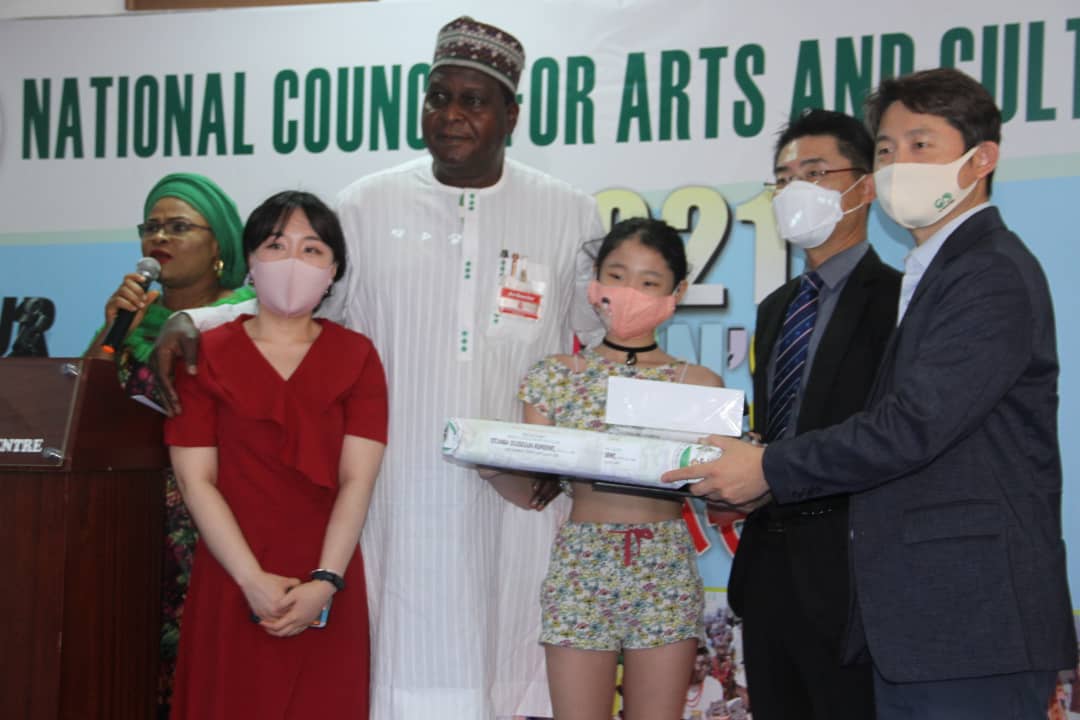 The The Director General National Council for Arts and Culture Otunba Segun Runsewe and the Director, Korea Cultural centre, Lee Jin Su with the students in their cultural attires at 2021 Children’s Day celebration in Abuja

Every 27th of May is an International holiday that was first established in Nigeria in 1964. The day set aside for the celebration of children, raising awareness on issues that affects children, while appreciating them as the future of our society. 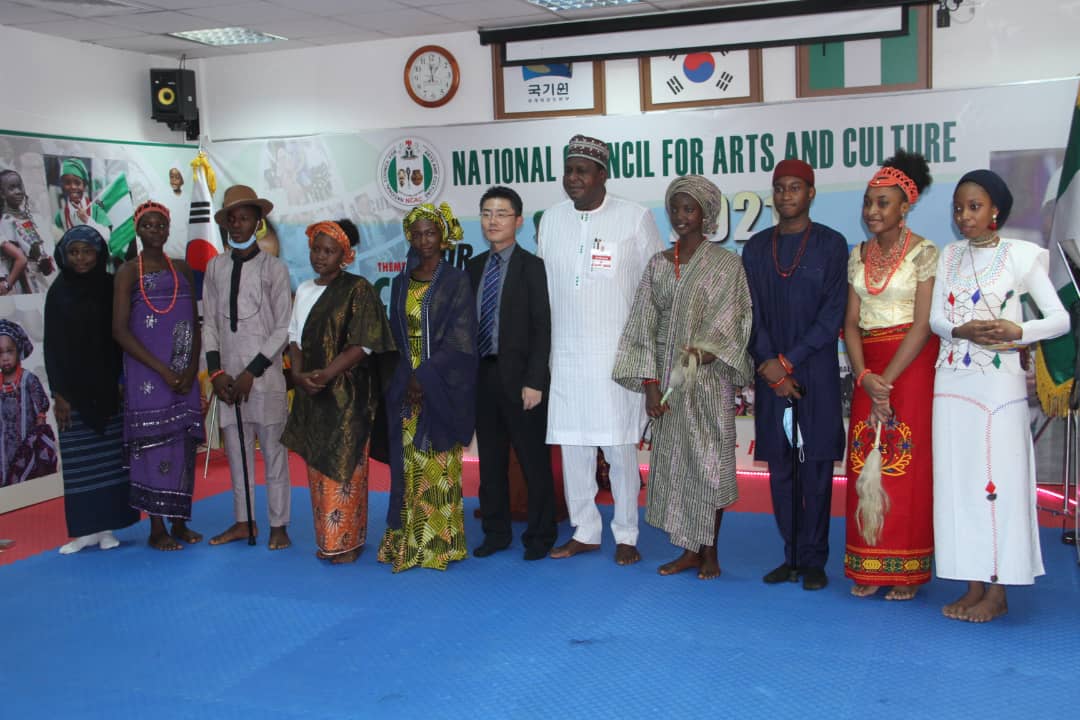 The Director General, National Council for Arts and Culture Otunba Segun Runsewe and the Director, Korea Cultural centre, Lee Jin Su in a group photograph with the Korean girl, Run Hye Chang that rendered a special performance at 2021 Children’s Day celebration in Abuja

This year’s Children’s Day celebration was organized by the National Council for Arts and Culture (NCAC) in collaboration with the Korean Cultural Centre in Abuja under the theme “Our Children, Our Hope”.

In his opening remarks, the Director General, NCAC, Otunba Segun Runsewe, OON, said it is important to note that children are the hope and the future of the country and as such their contributions to the development of the nation cannot be ignored.He added that children are the building bricks of the future of any nation upon which we must heavily invest. “A child’s greatest need is education. This is where his or her intellect will be cultivated and knowledge of the universe acquired”.

Runsewe further explained that this year’s event took an International dimension to emphasize that childhood is a very important period in the life of an individual and the need to lay a good foundation cannot be overemphasized. He maintained that NCAC and the Korean Cultural Centre midwifed this collaboration which will henceforth provide the children with a veritable platform to network and learn the principles of Excellence, Honour, Integrity and Good Character needed to build a total human.

The Director General, therefore urged parents to morally fortify their children and protect them from the dubious immoral issues sweeping across the globe and the corruptive influence of the social media.

While welcoming all the participating schools, Mr. Lee urged them to be good ambassadors of their different schools and to take advantage provided by the collaboration between the NCAC and the Korean Cultural Centre to network, build good friendship and develop their skills.

Among the schools that participated in the celebration were Government Secondary School (GSS) Tudunwada, Ohimowo International School, Mararaba, Government Secondary School (GSS) Garki. Others are Baldan International School and Imatun International Academy, all in Abuja.
The celebration featured competitive events such as Traditional Chair dance, Traditional Gele tying, Traditional hair plating, Indigenous fashion show and Contemporary dancing competition.
Certificates of participation were presented to the participating schools and prizes were also presented to the winners of the various competitive events by the Director General, NCAC and his host; the Director, Korean Cultural Centre.

Otunba Olusegun Runsewe, while presenting the prizes to deserving winners urged all participants to see themselves as winners and prayed that they will continually bring honour to their families, schools and the nation at large.
Highpoint of the occasion was the rendition of the National Anthem with a saxophone by the a seven year old Master Emmanuel popularly known as “Emma Sax”.