Home » News » SON SHOULD RETURN TO THE PORTS – NAGAFF FOUNDER

SON SHOULD RETURN TO THE PORTS – NAGAFF FOUNDER 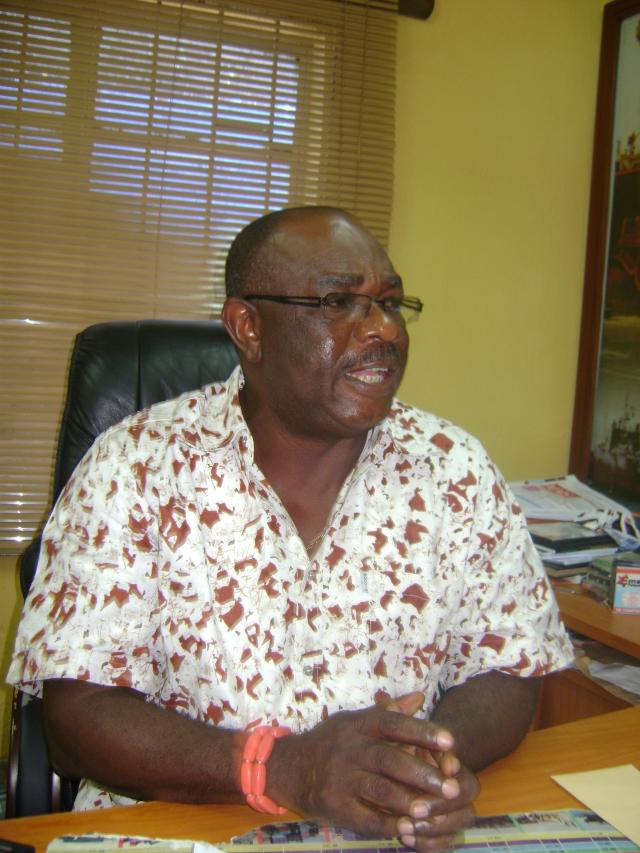 The Founder of National Association of Government Approved Freight Forwarders(NAGAFF), Dr Boniface Aniebonam has advocated for the return of the Standards Organisation of Nigeria (SON) to the seaports. Speaking at the Second Edition of the Round Table Conference with the members of the League of Maritime Editors and Publishers in Lagos, Dr Aniebonam explained that SON’s presence at the ports would make the job of cargo delivery more seamless.

According to him ” SON is not clamouring to come back to the ports. We ( Freight forwarders) are the one requesting for them to come back to the ports so that our job of cargo delivery to the owners would not be obstructed. We are not comfortable anymore because of the inherent hardship we are passing through with the Enforcement Units of different government Agencies found on the city roads . We are daily losing money.

“What we are saying is that SON should be at the ports so that if any job is having problems, her officials are there to tackle the problems immediately, so that the cargo can get to the owners quickly and we collect our money. ” Dr Aniebonam further explained.

“In any case, what is wrong with SON being at the ports? afterall, NAFDAC, NDLEA, etc are all at the ports. SON has more work to do at the ports, Dr Aniebonam further stated.

“SON is an Agency of the government. Government has already given a directive under the Executive Order that the Agency should operate from outside the ports. But what we are saying is that, that arrangement is not in favour of free flow of trade because the Enforcement Unit of SON are still found on the roads, causing obstruction. We are asking for the Enforcement Unit of SON to be at the ports, doing their job there. We want to deliver cargo to the owners with ease. We are not involved in quality assurance. So , it is not SON that wants to come back to the ports. We (Freight forwarders) are the one asking for the return of the Organisation to the ports” Dr Aniebonam said.

On the Nigerian Ports Authority (NPA), Aniebonam frowned at the way Ms Hadiza Bala Usman was removed and replaced with the Executive Director, Finance and Administration, Mr Mohammed Koko.

” If her offence borders on finance, so why replace her with the man in charge of finance who is also liable” Dr Aniebonam explained adding that something is wrong there. ”

On the Nigeria Customs Service(NCS), Dr Aniebonam advised that “we need to be very careful in dealing with the Customs”. He said that statutorily, Customs is empowered to enter the markets in search of prohibited goods .

” But morally, is it right? There will be casualties. So, we have to be very careful because of the inherent powers with the Customs. As a matter of fact, Customs has not fully deployed their powers. If they deploy their powers, it will be unbelievable. Because Customs laws are strict on matters of revenue and economic sabotage. So we need to be very careful in dealing with the Customs. But any law that goes against the well being of the people is not a good law. Therefore, there is need to be careful in the application of the law” , Dr Aniebonam sounded off.