NSC seals APMDC over non- compliance, arbitrary charges amongst others 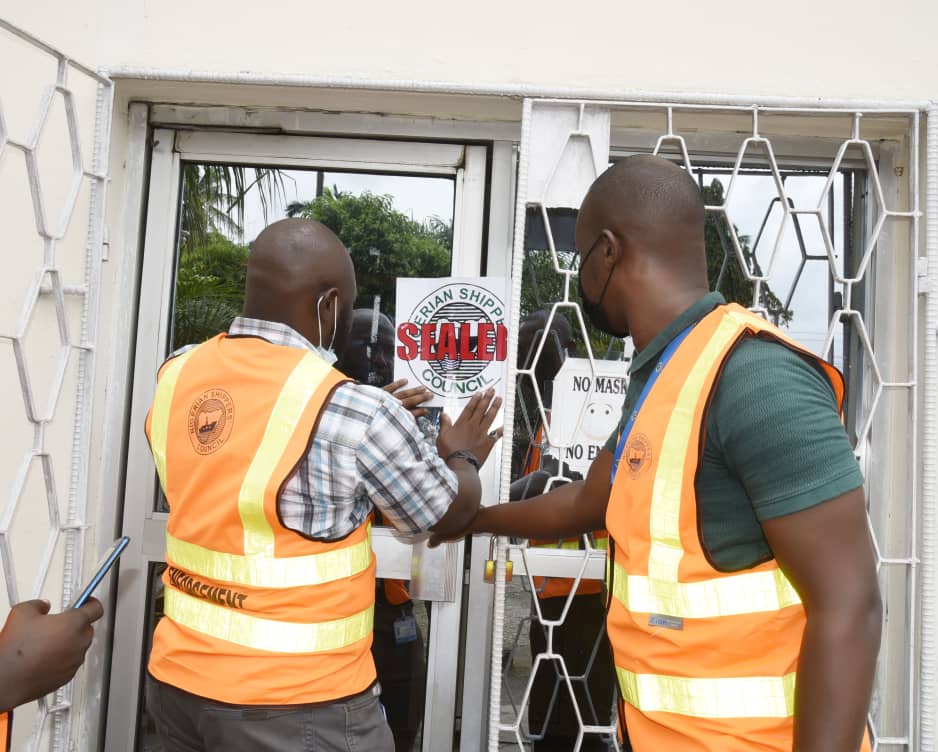 The Nigerian Shippers’ Council (NSC) in its enforcement and compliance efforts has on Tuesday shutdown the
Associated Port & Marine Development Company (APMDC). The cargo – consolidator had been issued several notices to address infractions ranging from charging in Forex to non-compliance with approved nomenclature of charges such as (Transport Adjustment charges, non-vessel operating carriers), outright disregard of terms of mediation reached at NSC and unresolved complaints of over one and half years, among others. The Council’s team was led by Mr. Adesina Sarumi, an Assistant Director in the Regulatory Services Department. 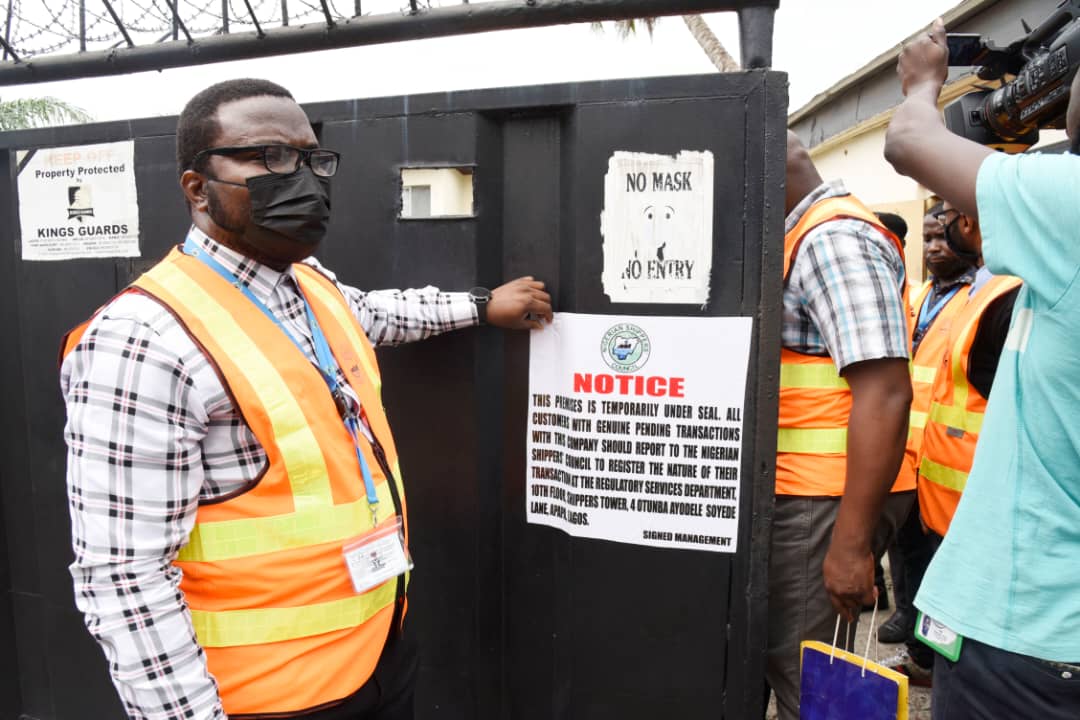 Speaking shortly after the enforcement exercise, the Deputy Director, Monitoring and Enforcement Division, Mrs. Celine Ifeora, said NSC sealed APMDC’s premises following its non-compliance with the Council’s directive as Port Economic Regulator. Ifeora disclosed that NSC had invited APMDC for meetings to resolve the issues, but they refused to honour the invitations.
The Council, she said, was left with no choice, but to carry out the enforcement by sealing APMDC’s premises. She added that the APMDC would remain closed until the issues are addressed.

According to her, “They don’t want to listen to any agency representing government. That is why we went out today to carry out the enforcement exercise on APMDC. Two warnings letters have been forwarded asking them not to introduce new tariffs and charges without the consent of government, but they refused to comply and rather they introduced another new tariff heading.”

Also speaking on the issue, Mr. Adesina Sarumi, who led the enforcement team said that the enforcement exercise was informed by the need to address anomalies at APMDC. These, he said, revolved around issues such as introduction of charges not approved by the Council, making of payments in Dollars on services rendered in Nigeria, among others.

Alhaji Bashir Ambi of Complaints Unit following the enforcement exercise said that the Complaints Unit has received series of complaints from the users of the services of APMDC and tha all efforts to speak with APMDC, proved abortive.