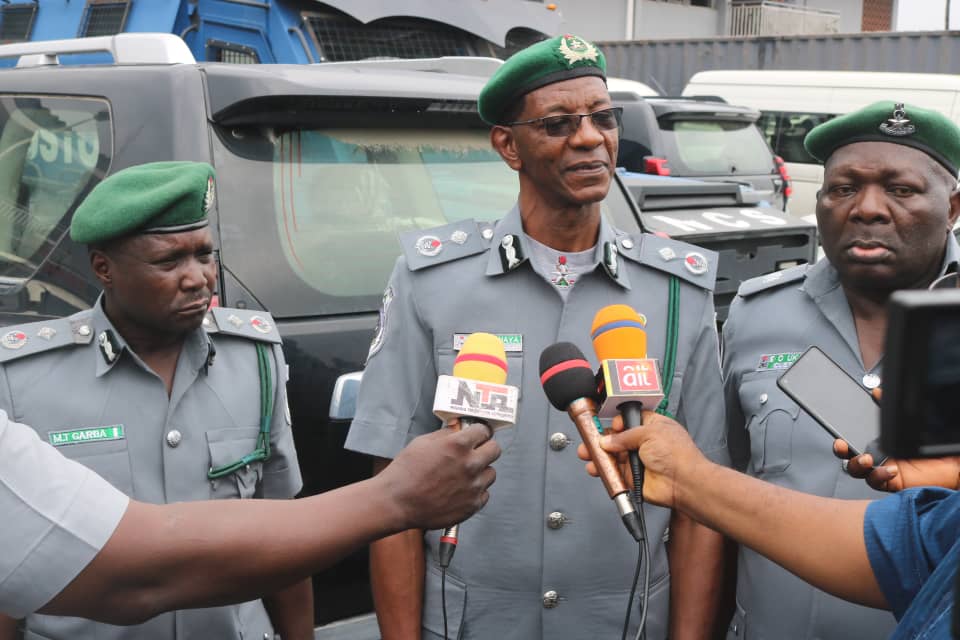 The Federal Operations Unit, (FOU) ‘A’ of the Nigeria Customs Service in its continuous anti-smuggling drive geared towards curbing smuggling activities within its operating axis has recorded a total of 144 seizures with a Duty Paid Value (DPV) of N 3.3 billion between April 21 through July 4, 2021. 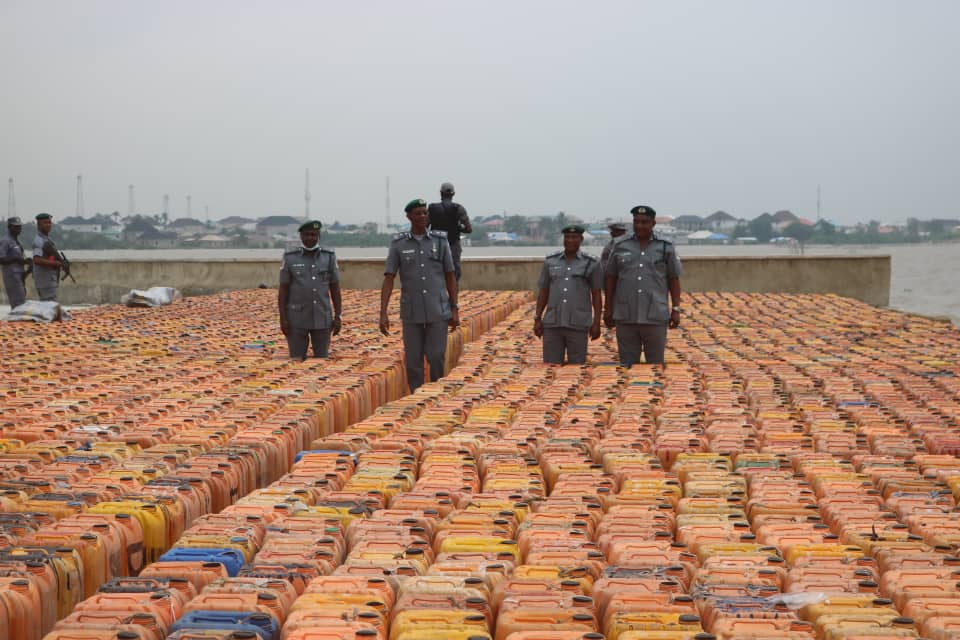 During the period under review, the Unit also arrested 23 suspects who were connected to the various seizures, out of which 12 have secured administrative bail, while 11 are still in customs custody. The Acting Customs Controller of the Unit, Comptroller Usman Yahaya made the disclosure during a press briefing on Wednesday at the Unit head office in Ikeja, Lagos State.

Comptroller Yahaya listed the items seized by the Unit to include: 14,789 bags of 50kg smuggled parboiled rice, 727 cartons of unregistered drugs, 2,784 cartons of frozen poultry products, 28 units of smuggled used vehicles, 116,000 litres (4,640 jerry cans) of premium motor spirit (PMS), 237 bales and six sacks of secondhand clothing. Others are; 20 cartons of Tramadol, 885 pieces of used tyres, 10,400 cartons of alcoholic beverages in four containers, 84 different kinds of vehicles laden with 50kg each smuggled rice, 5x20ft containers of rough and semi-processed woods, among others.

Yahaya also hinted that the Unit has been having confrontations with smugglers especially in volatile areas like Oyo and Idiroko axis, where smuggling is considered a legitimate business. He declared that such confrontations will never deter his operatives from carrying out their statutory responsibilities.

He described smugglers as hardened criminals who are bent on crippling the economy “From the foregoing, you will all agree with me that smugglers are undaunted in their nefarious activities to cripple the economy. With the magnitude of the seizures showcased in our last press briefings, one would have expected a reduction in their activities. Nevertheless, we have the capacity and the capability to render smugglers in this Zone miserable. Whatever is the driving force behind their activities, we will continue to make it unprofitable for them.” he said.

He urged smugglers to desist from engaging in smuggling activities for Nigeria to have a decent society. Adding that there are many legitimate businesses that will earn them a good living, which they have to divert to. “A word, they say, is enough for the wise”, Yahaya warned.