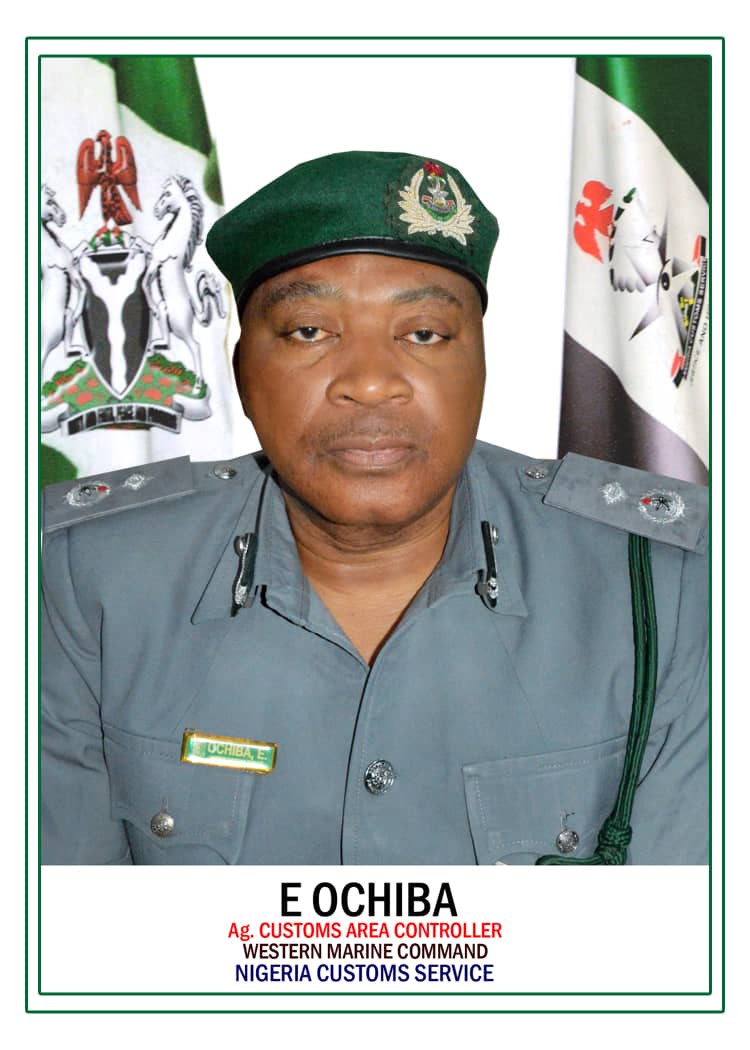 The marine arm of the Nigeria Customs Service ( NCS) Western Marine Command has made a total of 30 seizures from January to June, 2021. The Total Duty Paid Value (DPV) of the seizures is put at N747,202,000 only.

According to a statement issued by the Command’s Public Relations Officer,
ASCI Isah Sulaiman these unprecedented feats was achieved as a result of the strategies put in place in terms of 24hour patrols, capacity building, surveillance, intelligence gathering and determination of their operatives in making the waterways unbearable for Smugglers..

” These seizures are strong indication that the operatives of the Command are
combat-ready in policing and enforcing the Federal Government Fiscal Policies despite all odds.

“Consequent upon the above, the Acting Customs Area Controller (CAC), Deputy Comptroller Enonche Ochiba commends the Officers and Men of the command for achieving these feats. He appreciates the CGC and his management team for the motivation and support giving to the Command leading to seamless execution of it’s statutory responsibilities.
.
” The Ag. CAC urge our stakeholders and well meaning Nigerians to support the command in providing information that will aid its performance. He enjoins law abiding citizens to go about with their legitimate businesses in accordance with the laws of the land as the target is always on economic saboteurs/daredevil smugglers

“It is pertinent to inform you that the Ag. CAC Enonche Ochiba took over the mantle of leadership of WMC on the 5th July 2021. Before his posting he was the Ag. CAC Bauchi/Gombe Area Command with Headquarters in Bauchi,” the statement said.

The Command registered his deep heartfelt appreciation to the media for their sustained determination towards disseminating information relating to anti-smuggling drive of the Service and further dissuading members of the public on the inherent dangers of smuggling on social and economic
stability of the Country.