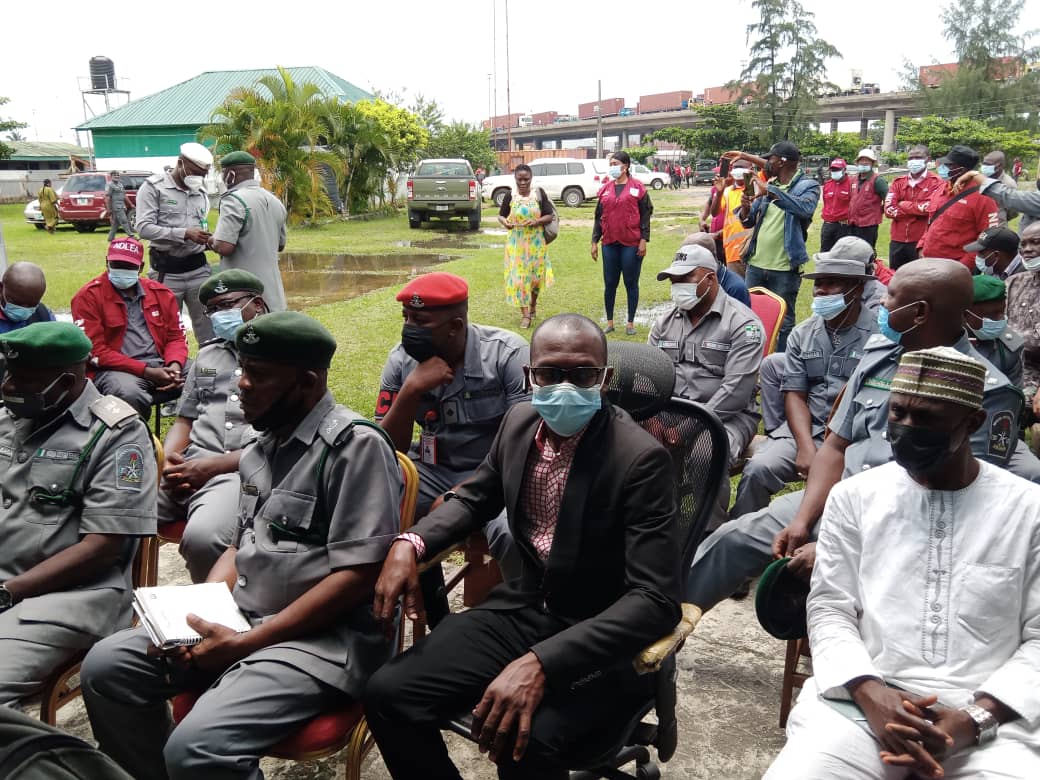 The Western Marine Command of the Nigeria Customs Service (NCS) has intercepted Indian Hemp and other banned drugs worth N1.6bn among other items with total Duty Paid Value of N1,865,830,809. Deputy Comptroller Enoche Ochiba the Acting Area Controller who resumed mantle of the Command on July 5th , 2021 told the press on Friday in Lagos. 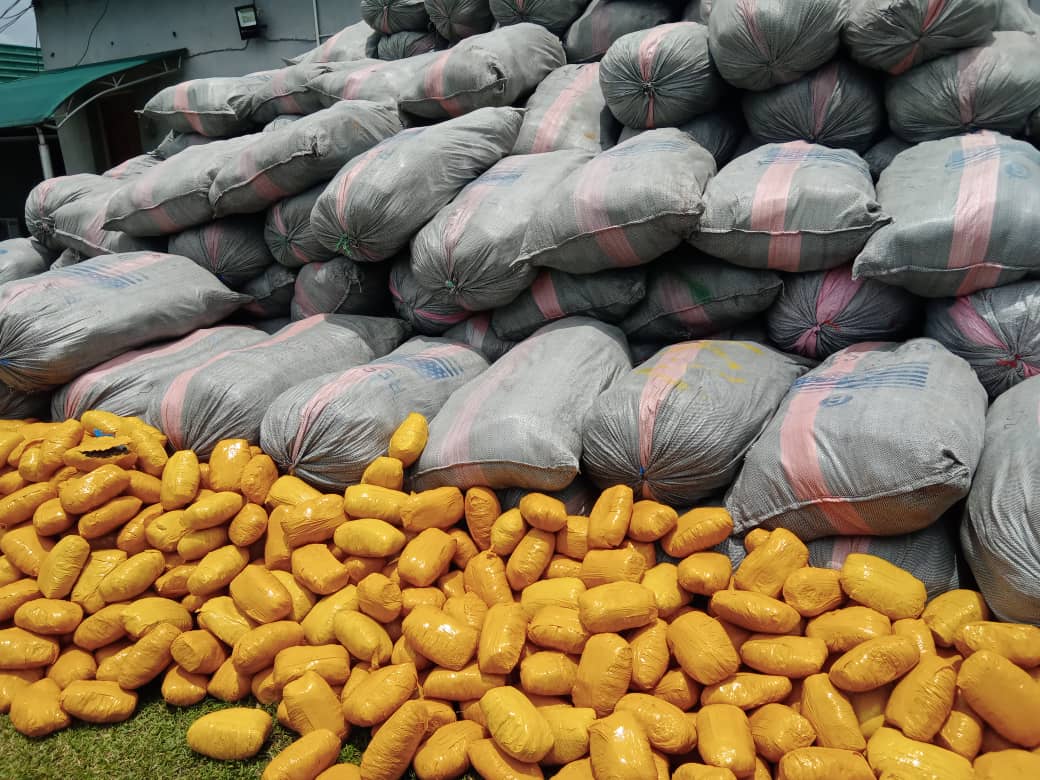 Narrating his administrative Strategy that leads to the seizures, DC Ochiba said
‘Upon my assumption of office, I re-organized the anti-smuggling activities of the Officers/Men of the Command thereby consolidating on the successes of my predecessor in line with the policy thrust of the Comptroller-General of Customs. In view of the above, a new team code named “Comptroller Surveillance/Monitoring Patrol Team” was created to complement the efforts of our existing patrol teams, cut across the South Western waterways. 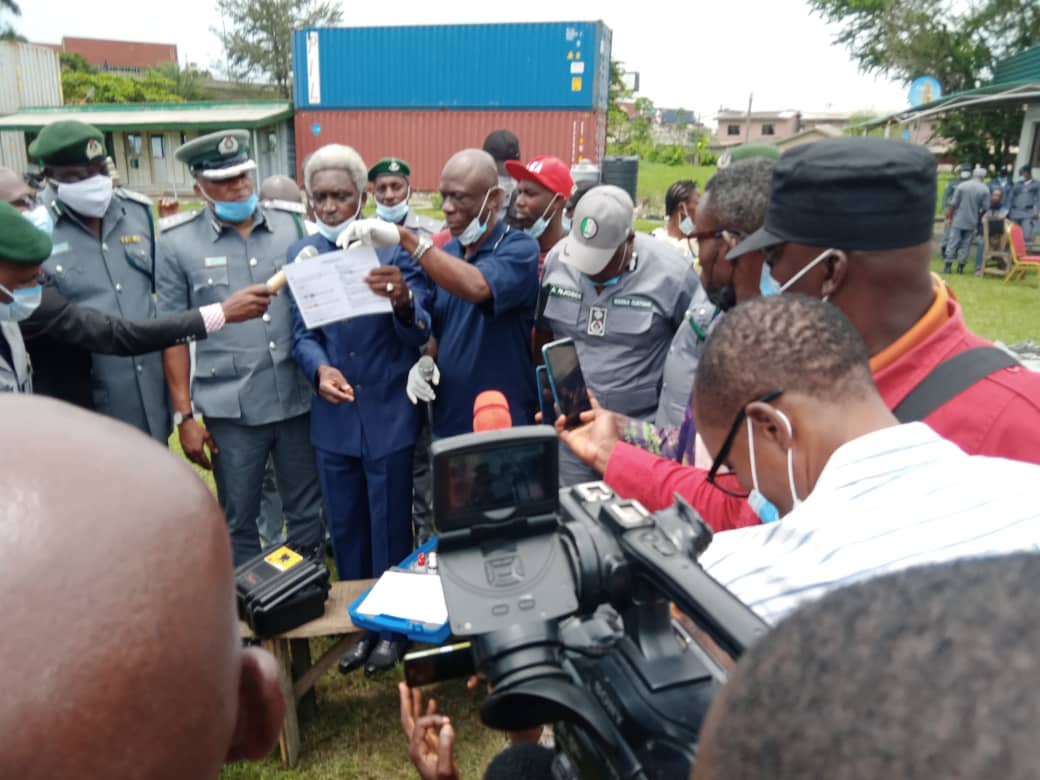 “We are here today, the 24th September 2021 showcasing our anti-smuggling feat of the Command. The Officers/Men have from July to date made several seizures ranging from Used foreign shoes, Second hand clothing, Premium Motor Spirit (PMS), Foreign Rice, Hard Drugs among others.

“On Friday, 13th August 2021, the Officers/Men of Coastal and Harbour Patrol together with the Comptroller Surveillance/Monitoring, while on patrol along Kuramo Beach on the high sea accosted, intercepted and arrested sacks suspected to be Cannabis Sativa (Marijuana). Pertinently, no arrest was made as the smugglers dived into the sea on sighting the patrol team.”

According to the Acting Controller, the goods were brought to the WMC; upon physical examination and counting, it was found to be 232 sacks of Marijuana with an average of 46Kg per sack giving an estimated total of 10,672Kg. The Street Value of the Marijuana was put at NI, 120,560,000.

“Similarly in another Operation on Thursday 9th September 2021 at about 2230hrs, the operatives of the Command while on Stop and Search operations along the waterways at Pashi of Yekeme axis discovered some powder substances suspected to be heroine concealed in a carton of Indomie noodles. One (1) suspect in connection with the seizure was arrested. The powder was later sent for laboratory test analysis and it was certified to be heroin weighing a total of 1.52Kg valued at N40, 860,841.02k.

“Also, on Wednesday 15th September 2021 at about 0020hrs, a team of patrol while on credible intelligence along Abumbum-Ojo waterways accosted and intercepted sacks suspected to contain drugs. The sacks were evacuated to the base and upon physical examination, they were found to contain the following drugs that have expired on the 27 April 2017 with the total value of
N 62,252,794.00.”

According to the Controller “the issue of concern on this arrest is that these expired drugs might have found its way into our Nigerian markets, if not intercepted by our operatives. The smuggler intend to replace the expired labels with new labels carrying new manufecturing and expiry date as it can be seen on the bundles of printed labels of Double Ginseng accompanying the seized consignment. The new printed label is carrying 29042021 and 28042024 as manufacturing and expiry date respectively. ”

Also, on Monday 20th September 2021 at about 1200hrs, our operatives while on official patrol intercepted Packs of drugs at Yekeme axis. Upon examination, it was found to contain 45 packs of 225mg Tramadol Hydrochloride Tablets with total value of N954,934.02k.

In a related development, “on Friday 9th, July 2021; the Nigerian Navy Ship Beecroft handed over 162 x50kg Bags of smuggled Foreign Rice intercepted at Lagos offshore, though no arrest was made as the smugglers dived into the sea on sighting the Navy Patrol Team. The DPV of the seizure is 5,184,000.

” Let me use this medium to commend the Nigerian Navy for their support towards the anti-smuggling drive of the Command. This seizure is a symbol of cordial working relationship with Sister agencies and also depict that the Security Agencies have no overlapping functions in the discharge of our statutory responsibihties. Its in the spirit of inter-agency collaboration that I am handing over the Cannabis Sativa, Heroin and the arrested suspect to the Area Commander NDLEA, Apapa Special Area Command.” Ochiba said.