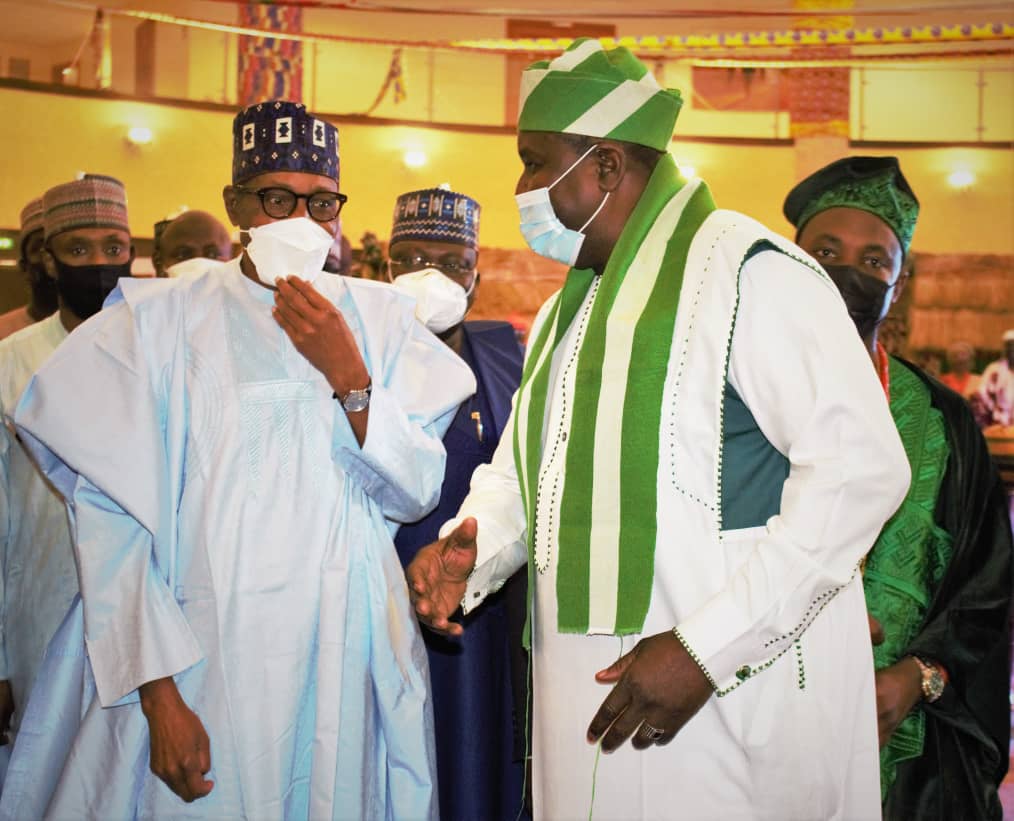 A very rich diverse exhibition of Nigerian Cultural tourism engagements, captured as “Treasures of our Country,” received plaudits from President Muhamandu Buhari at the Banquet hall of the Presidential villa, Abuja, Thursday night. 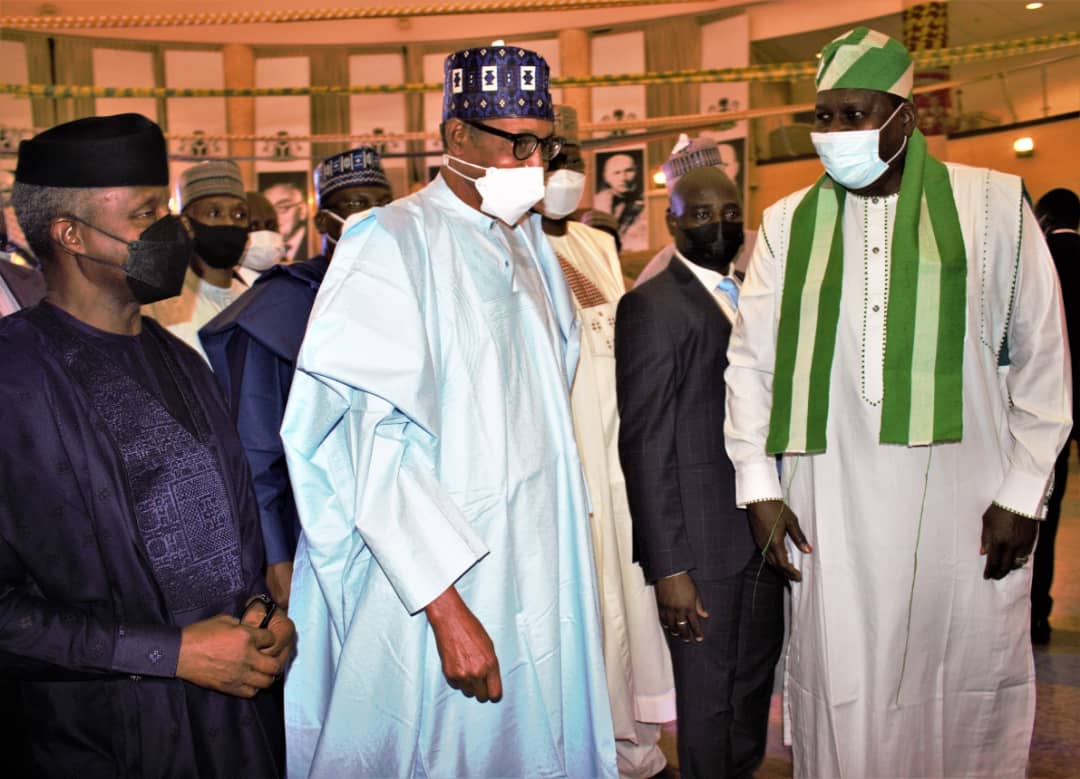 President Buhari, accompanied on the historic inspection by Vice President, Yemi Osinbajo, Senate President, Ahmed Lawan, , Speaker, House of Representatives, Femi Gbajabiamila, Secretary to the Government of the Federation, Boss Mustapha and Niyi Adebayo, Minister of Trade, commended the Director General, National Council for Arts and Culture (NCAC) Otunba Segun Runsewe, who conducted the President and his team round the massive display of artistic and Cultural artifacts, reflective of the six geopolitical zones of the country, for a great job done to showcase Nigeria as part of the culture activities to mark Nigeria Independence at 61 years.

President Buhari who took a brief time off the beat to sit and pose for photographs while sitting on a traditionally caved throne in a Palace like environment, nodded his head in affirmation and endorsement of the exhibition specially put together to celebrate the rich Cultural history of Nigeria, the first by any Nigerian government within the precincts of the seat of power.

Speaking after the Presidential visit to the very colourful exhibition, Otunba Segun Runsewe, stated that the President visit with the full Compliment of his team and the top officers of the National assembly, will send signals to Nigerians to treasure the full values of Nigeria’s culture and history, which clearly defines our nation and people.

” It was a tight schedule for the President who was involved in the activities of celebrating Nigeria at this auspicious period in the life of our nation, but yet finds time to visit, introspect and endorse the display of the rich diverse exhibition of Nigerian cultural tourism components. It is clearly an indication that the President believes and loves Nigerian Culture, which we at NCAC wish to transform into a viable economy, bigger and better than Oil.” the highly elated Runsewe explained.