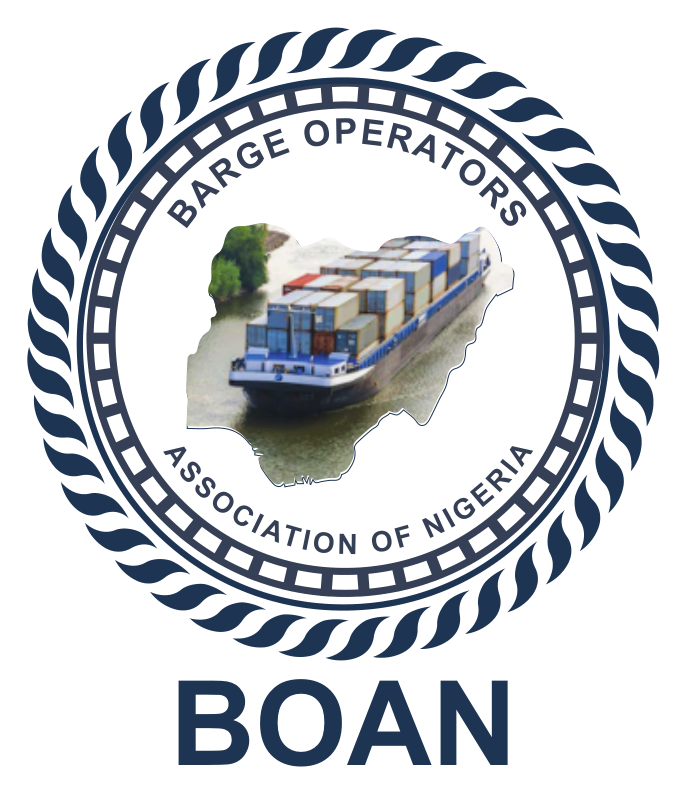 Mr Adeboye was credited by an online report to have said in a press briefing on Thursday that barge Operators in Nigeria are operating with outdated and outclassed barges which are not up to required International standards.

According to him, 60% of what is occupying the space at quayside of most of the terminal operators is empty containers and export containers trying to be loaded on the ship.

“The empty containers ought to be brought by barges which should anchor alongside the ship and offload directly into the ship. But here, we have a challenge, none of the barges in Nigeria meets international standards that would allow a ship to allow them berth alongside”.

“There has to be a lot of investments that would go into that sector for us to achieve. If NPA starts driving it and people see the seriousness, they can now collate their funds and bring in world class barges that the shipping lines would allow alongside and offload directly into them”, Mr Adeboye said.

But in a swift reaction to the claim by Mr Adeboye, the Barge Operators Association of Nigeria (BOAN) through it’s Media and Publicity Executive,
Mr Udeze Ernest Okechukwu (ROYAL) said the claim by Mr Temidayo Adeboye that barges used in Nigeria are outdated is false and in a deliberate attempt to discredit the huge investments and patriotic efforts put in by barge owners to change the narratives as regards decongestion and movement of containers and other goods through the waterways, which is the practice all over world over. He affirm that barge Operators are using standard barges in Nigeria.

The BOAN imagemaker described barge as a type of vessel which is mainly used for the purpose of carrying cargo. “However, the most important part about barges is the fact that they are not independent boats or vessels,
they have to be tugged or towed along with, also can be self-propelled.

“Barges are mostly used in smaller water parts like rivers, lakes or canals; however, they are now used extensively at seaports.Barges are not new in their use, but the modern world had witnessed marine barges even before the Industrial revolution.

“Barges have had its dominance in the modern world right before the time of the industrial revolution.Prior to the Industrial revolution in Europe, marine barges were used as the main method of transportation to ferry cargo across places connected by small water bodies”, the BOAN spokesman narrated.

Recalling how barge operations came to been in Nigeria, he said due to ports congestion and the gridlock in the Lagos ports, great and patriotic Nigerians have invested heavily on the acquisition and maintainace of barges to assist government and other stakeholders in finding a lasting solution to a hitch free movement of containers and other goods through the waterways.

Mr Ernest said “in Nigeria, barge operations was necessitated due to ports congestion and the under utilisation of the inland waterways, which led to Apapa and Tin-Can gridlock by the motorists and trailers applying the route.

“The Barge Operators in Nigeria has done tremendously well by decongesting the ports by using standard barges that have the capacity to carry minimum of 42 TEU’s and up to 160TEU’s per voyage.
These have resulted to the reduction of the gridlock in Apapa and Tin-Can Island road also, with the help of the e-call up system by NPA”.