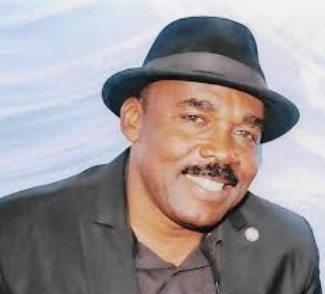 The immediate past President of National Association of Government Approved Freight Forwarders (NAGAFF); Mr Increase Uche, has threatened to deal with a Shipping Position Daily reporter; Mr Oluyinka Onigbinde over a report in which he was alleged to have recently betrayed freight forwarders at a meeting at the National Assembly in Abuja.

Recall that the Vice President of the Association of Nigeria Licensed Customs Agents (ANLCA) Dr. Kayode Farinto, had in a press briefing alleged how the former National President of NAGAFF betrayed other freight forwarding practitioners for pecuniary gains from the Nigeria Customs Service (NCS) by stating that freight forwarders are known for falsifying documents.

However, as etiquette of journalism demands, our correspondent decided to give Mr. Increase Uche, a fair hearing by getting his reaction to the allegation about what actually transpired at the National Assembly.

Following the report, which generated varying industry stakeholders’ reactions, the former NAGAFF President on Monday threatened to deal with and beat up our correspondent for exposing his secrets.

Apparently referring to the allegation from the ANLCA Vice President, the erstwhile NAGAFF President told our correspondent that: “I saw your report and you decided to still favour your brother Kayode Farinto, I know how to deal with you and I will beat you up”.

Is high time stakeholders respects the right of Journalists in carrying out their Constitutional enshrined responsibilities, no threat or abuses will ever stopped media practitioners from doing their job.