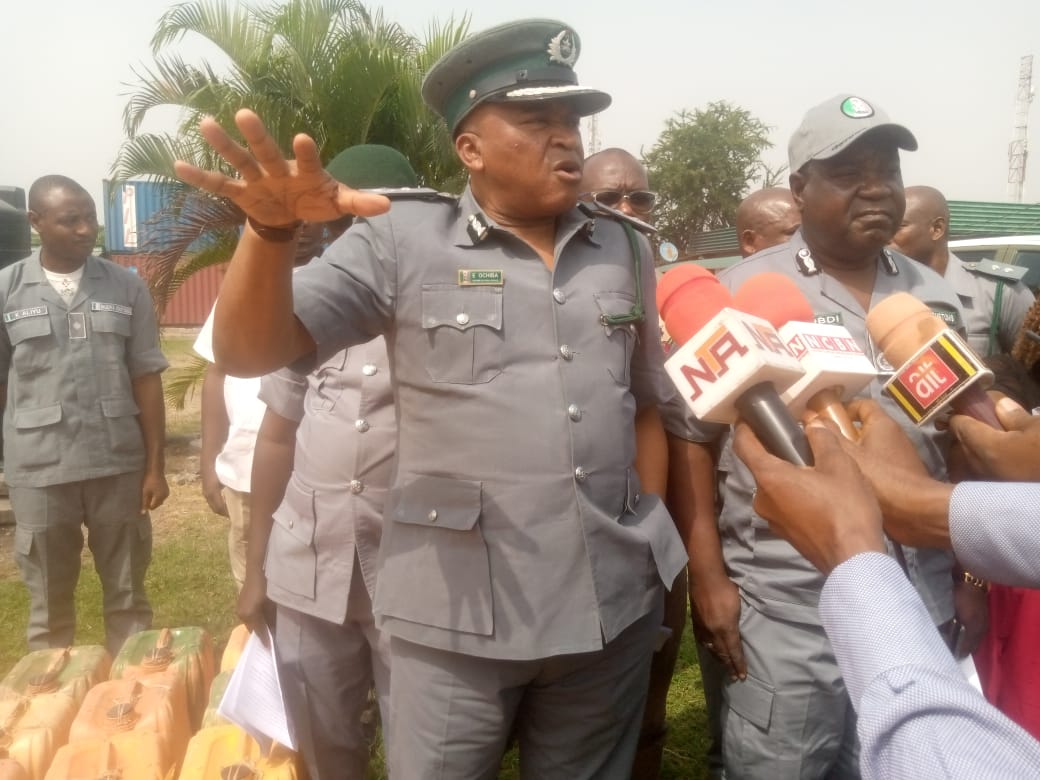 The Western Marine Command of the Nigeria Customs Service (NCS) has recorded a 100% increase in its fight against smuggling activities, along the Western waterways. 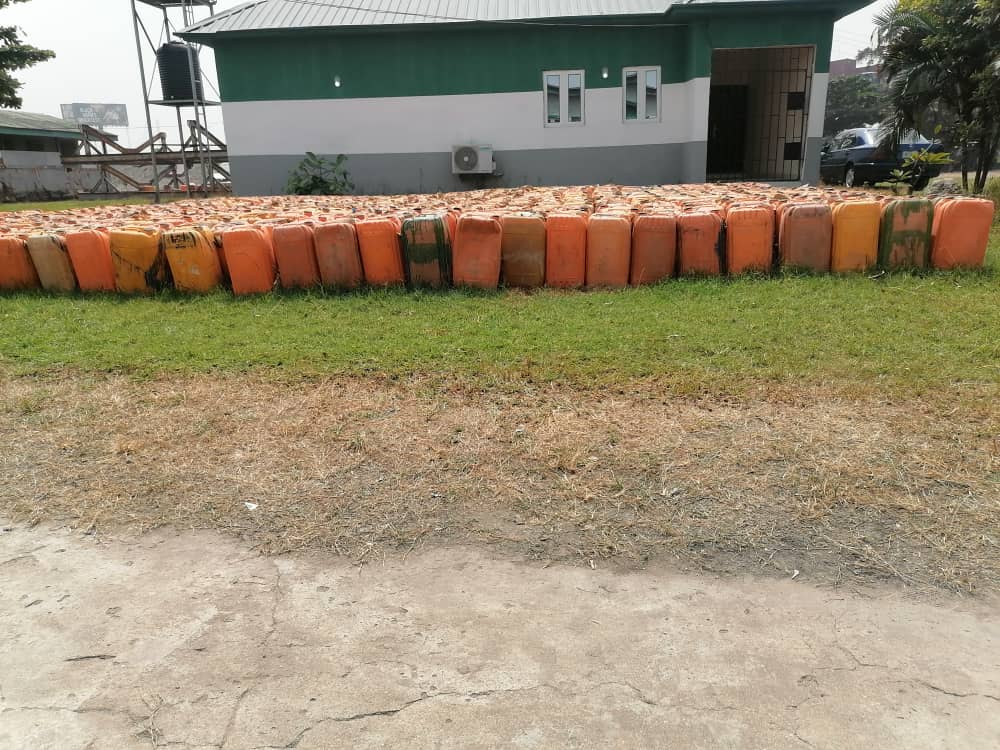 In a media briefing by the Customs Area Controller, Deputy Comptroller Enonche Ochiba on Thursday at the Ibafon, Lagos headquarters of the command, he said the command made several seizures in the year with a total Duty Paid Value (DPV) of N2, 215,180,073.4 as against N1, 104,647,370 made in 2020. This feat represents over 100% increase in the Command’s anti- smuggling drive.

According to the Controller “the Western Marine Command as the amphibious arm of the Service has the statutory responsibilities of suppressing smuggling activities and enforcing the
Federal Government fiscal policies along the South Western waterways and creeks as enshrined in Section 149 (Power to search vehicles and ships), Section 158 (Power to patrol freely) and Section 167 (Provisions as to detention, seizure and condemnation of goods) of Customs and Excise Management Act Cap C45 Laws of Federal Republic of Nigeria 2004 (as amended).

“As you are all aware that I took over the mantle of leadership of the Command
on 2 July 2021 and upon my assumption, I re-jigged the operational activities of
the Command by creating patrol and surveillance teams to complement the efforts of our existing patrol teams cut across South Western waterways thereby achieving seamless and efficient operations.

“The operatives of the Command under my watch have recorded unprecedented seizures ranging from Heroine, Cannabis Sativa (Marijuana), Rice, expired Drugs, Used Shoes, Premium Motor Spirit (PMS) and others with Seven suspects arrested in connection with the seized hard drugs which were handed over to the NDLEA for possible prosecution.

“On Wednesday 8 December 2021 at about 0500hrs; in our continuing
onslaught against smuggling on the waterways, the Officers/Men of Coastal and Harbour Patrol (Bar-Beach) while on credible intelligence intercepted large
quantity of PMS in kegs at Ashipa Beach along Seme Coastal Border area.
Unfortunately, no arrest was made as the smugglers took to their heels upon
sighting the patrol team.

DC Ochiba call on members of the public to provide the operatives of the Service with genuine information that would aid in the fight against smuggling in the Country.

“We are all aware that the Federal
Government is paying huge amount of money in subsidizing the Premium Motor Spirit (PMS) for the benefit of its citizenry, but the smugglers are sabotaging the efforts of the Federal Government for their gain at the detriment of all Nigerians,” he said.

He appreciated the efforts of other sister agencies and patriotic Nigerians for their contributions in providing relevant information in their fight against smuggling. He also commended the Customs Management for their support. “Let me on behalf of the Officers/Men of Western Marine Command appreciate the CGC and his management team for their motivation and support given to the Command in the discharge of our statutory responsibilities. The operatives will continue to discharge the duty vested on them and will not rest on their oars in the fight against smuggling and drug trafficking” Ochiba promised.