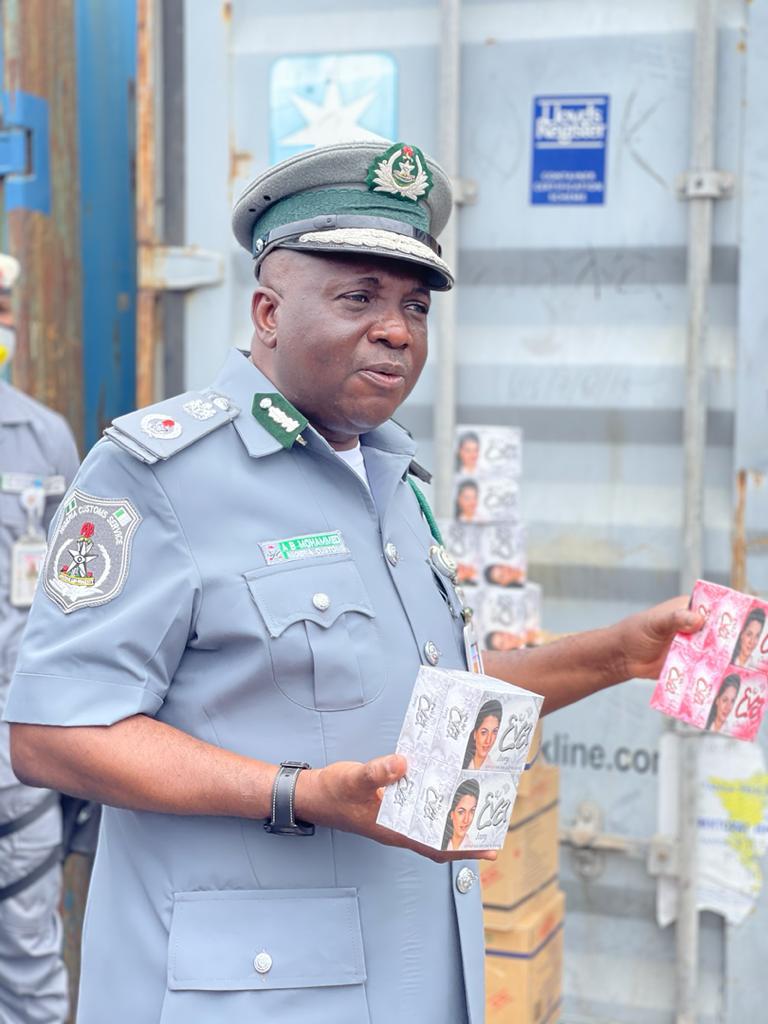 The Area ll Command of Nigeria Customs Service (NCS) in Onne Port, Rivers State has achieved a record breaking collection of N188,643,692,057 from January to December 2021.
Announcing the collection at the close of work on Friday, December 31, 2021, Customs Area Controller (CAC) of the Command, Comptroller Auwal Mohammed described the collection as the highest in the history of the command. 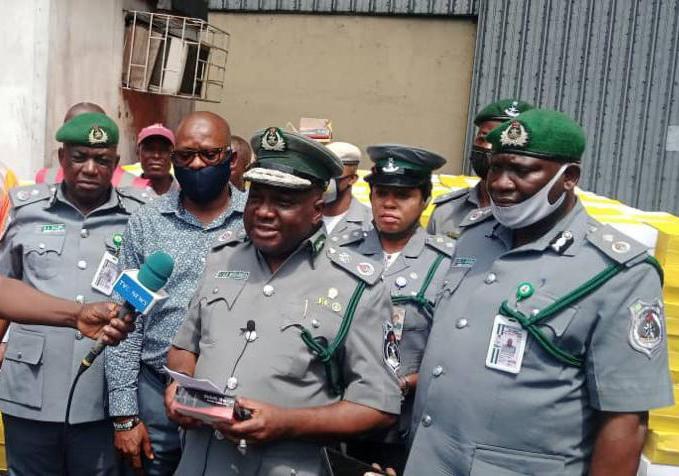 In the area of enforcement and anti -smuggling activities, Mohammed also revealed that 34 seizures were made last year. According to him the total duty paid value of the seizures stood at N11,983,429,216.

Prominent among the seizures is 1,387 cartons of Tramadol falsely declared to evade detection. Other seizures include rice, engine parts, vegetable oil and other concealed items with intent by defiant agents and importers to evade accurate duty payments.

While commending the officers of the command for their relentless commitment to ensuring facilitation of legitimate trade and preventing smuggling of any form, Comptroller Mohammed urged them to intensify efforts in carrying out all NCS functions in the command in 2022.

He further advised them to brace up with technology as the procured scanners will be deployed to use soon for faster cargo clearance and easier detection of concealments, thereby facilitating trade.

The CAC in an end of the year interaction with senior officers said ” I commend you all for the feats we have jointly achieved in revenue collection, enforcement and trade facilitation.

“They are indeed laudable milestones that we must not only sustain but also improve upon for the benefit of our country’s economy and national security.

“Indeed , our various meetings with stakeholders and port users paid off in 2021 because we have noted remarkable improvements in compliance levels.

“As we enter 2022 , let us continue to blend our enforcement capability with intelligence, to always detect all attempts at circumventing the law through false declarations, under declarations and concealments.

“In 2022, whoever attempts doing the wrong thing, like smuggling through Onne Port, will get his cargo seized and risks facing arrest for prosecution in accordance with the Customs and Excise Management Act (CEMA)

“We cannot afford to compromise our positions or disappoint on the trust reposed on us. I hereby advise once again, that all importers and agents using this area for their businesses stay on the part of compliance at all times” Comptroller Mohammed said.