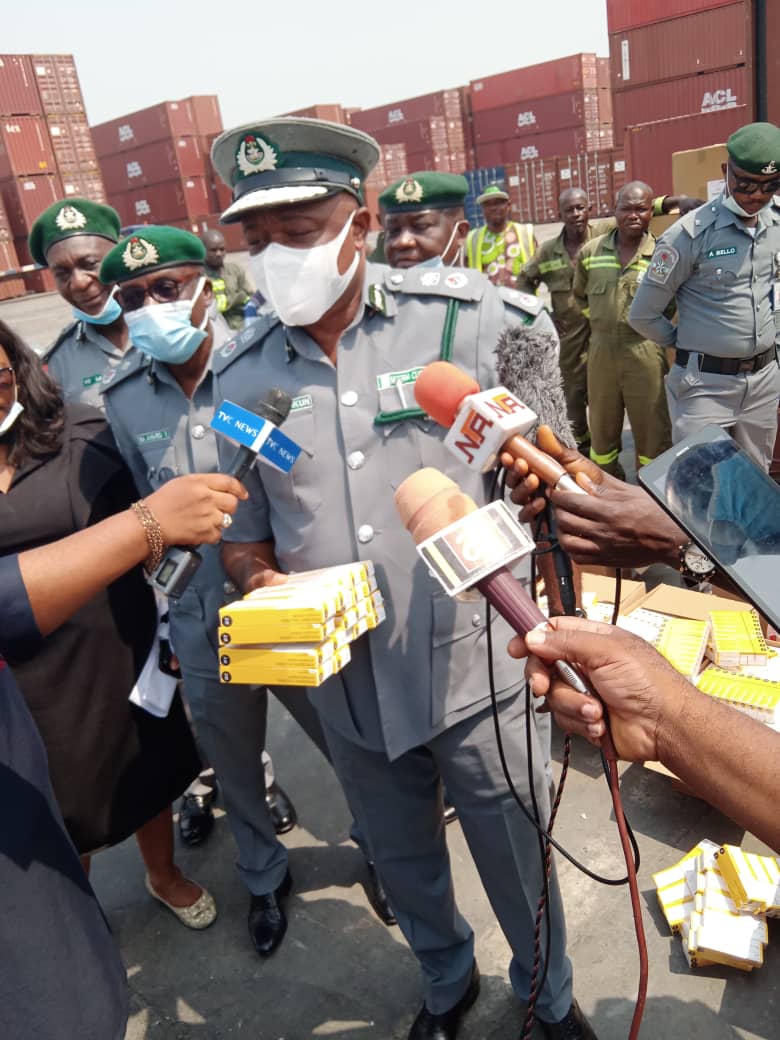 Port and Terminal Multiservices Limited (PTML) Command of the Nigeria Customs Service (NCS) Customs Area Controller, Comptroller Festus Okun has said that 2021 was a successful year for his command considering their accomplishments in revenue collection, facilitation of legitimate trade and anti-smuggling operations and ensuring national security. The PTML Command is mainly designed to handle Roll- on – Roll -off cargoes which are mainly vehicles , machinery and equipment. 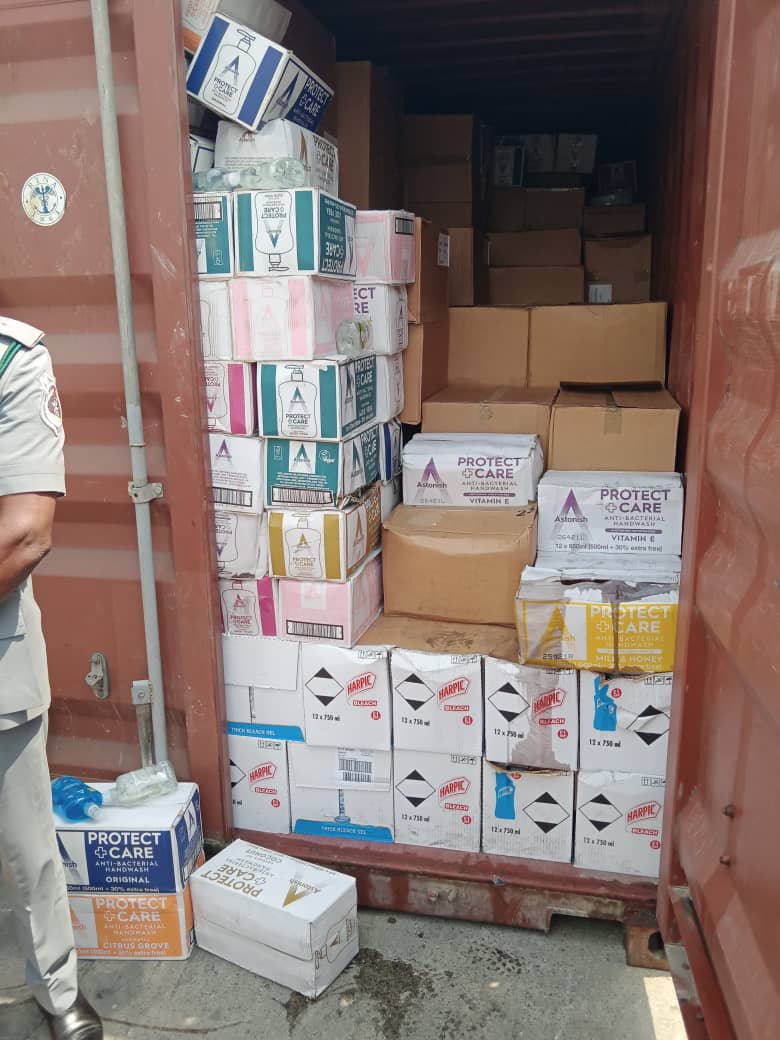 In the area of Export trade, the Command said it’s handled goods with a total tonnage of about 199,487 metric tons, with a total Free on Board (FOB) value of N132,451,819,641.62. While on anti- smuggling activities the command in the year under review seized four containers, (3x40ft & 1x20ft) which were found to contain bags of rice, vegetable oil, drinks, vehicles, pharmaceutical products among other products with a Duty Paid Value of N55,529,285.

Okun said ” The seizures were effected because the importations were done in contravention of extant laws. Vegetable oil is listed under Schedule III of the Common External Tariff (CET) Prohibition (Trade)”, he informed.

On trade facilitation, he said “the Command sustained and improved on various measures put in place to enhance facilitation of legitimate trade. Some of these measures were in the area of capacity building for officers, strengthening of the dispute resolution Committee and building a strong team for quality service delivery, thus engendering ease of doing business. We have a functional help-desk, while we keep our doors open to stakeholders for direct access”.

On ensuring national security, Comptroller Okun has this to say
“The Command attaches so much importance to the issue of national security. Hence, our officers carefully conduct physical examination of cargoes to make sure that all importations are done in strict compliance with extant laws, especially in the area of compliance with regulatory requirements for controlled items and enforcement of import prohibition laws”.

While on inter- agency collaboration, the command said that a record of a very robust relationship exists among the various government agencies operating in the Command. “These are agencies like the Nigeria Police, NDLEA, NAFDAC, SON, NESREA, e.t.c. We have effectively functioned as the lead agency towards “ease of doing business” in the port. This has greatly contributed to the efficiency in service delivery.”Okun assured.

Speaking further on stakeholders engagements which according to him is the reason the command is enjoying a peaceful business environment, he said
“The Command has continued to maintain a cordial relationship with the various stakeholders like importers, exporters, licensed customs agents, freight forwarders and others. Regular meetings were held with our critical stakeholders where issues affecting various segments of the supply chain were well discussed and solutions proffered.

“Furthermore, the forum served as a platform through which compliance was being preached and feedback received. Through these engagements, we were able to operate in an atmosphere that was conducive for trade and accomplishment of our Service goals”.

Despite the great feats recorded by the command, it listed it’s some of it’s challenges to include bad state of the port access roads with the accompanying gridlock.The volitile nature of the command, which he said has been addressed by the robust stakeholders engagements and also in the area of 100% physical examination of cargoes due to the absence of scanners, while hoping that the E-customs project will soon address the issue when fully implemented.

Concluding his address, Comptroller Okun said “I wish to state that in spite of the challenges faced in the year 2021, it was a successful year for the Command, having been able to improve on our performances in the year when compared with the previous year, 2020.

“As regularly done, we have conducted our “SWOT Analysis,” and mapped out strategies to build on the successes recorded in the year 2021. We will build and improve on our areas of strength, work on weaknesses identified, take our opportunities right from the low hanging to the challenging ones and put measures in place to deal with the threats. By so doing, we forecast a better performance in the year 2022.

“Moving forward, our projections for the year 2022 is to be able to consolidate on the gains of the year past (2021) in the areas of faithful and effective implementation of government fiscal policies, raising the level of compliance by all critical stakeholders in the supply- chain.

“At this juncture, as a Command, we want to express our deep appreciation to the Comptroller General of Customs, Col. Hameed Ibrahim Ali (Rtd) and his entire management team for the support we have enjoyed, their inspiring leadership, giving us direction and guiding us aright. We also want to appreciate him for additional operational vehicles we received during the year under review. And this has greatly impacted our operations positively.

“To the gentlemen of the press, we say thank you for your support throughout the past years. We appreciate your role as the fourth estate of the realm, for your partnership in projecting our activities throughout last year, and we are looking forward to your continued support and contributions towards the attainment of our Service goals and sustaining a peaceful environment.”