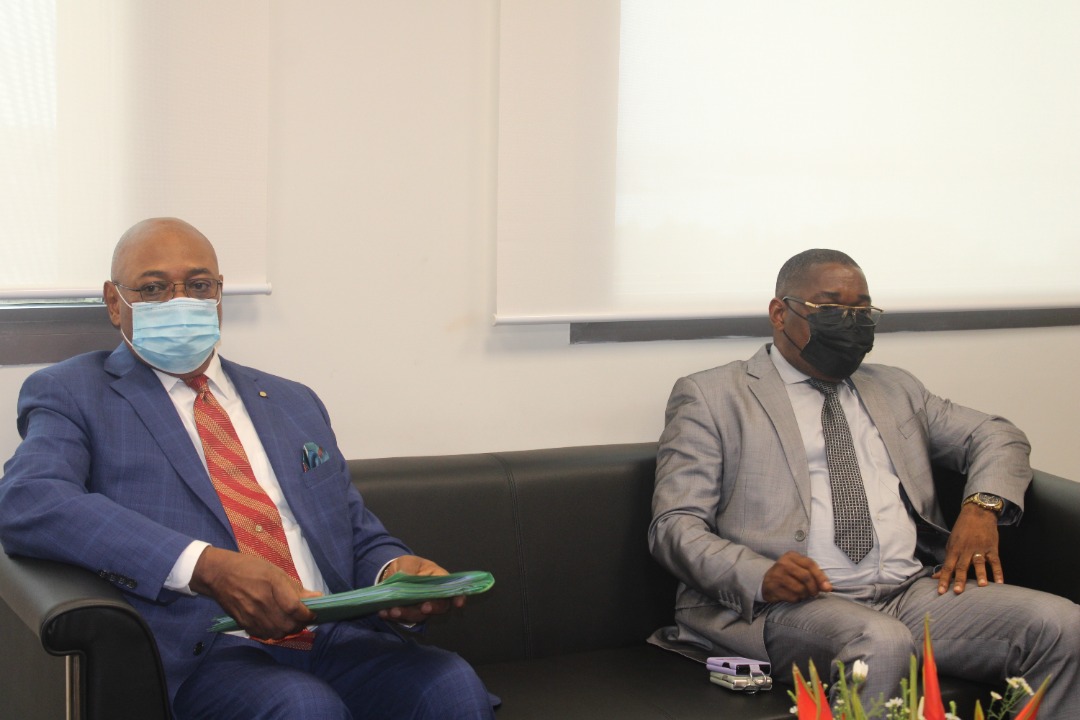 Dr. Paul Adalikwu, Secretary General of Maritime Organisation of West and Central Africa (MOWCA) has presented his strategic plan for the organisation to host country, Cote D’voire in his maiden meeting with the Ivorian Secretary of State for Transportation, Dr. Celestine Doh Serey.

Adalikwu after thanking the government of Cote D’Ivoire for the support given to him to emerge SG solicited for the government’s assistance for a permanent secretariat edifice for the multilateral body.

Highpoints of the SG’s strategic plan is the Regional Maritime Development Bank (RMDB) which is planned for formal inauguration in coming months.

He also presented the new organogram and proposed draft budget for the year 2022 to the Secretary of State, Permanent Secretary and the chief of staff of the host country’s government.

Adalikwu who assumed office fully in December in Abidjan after his victory at it’s 16th Extra Ordinary Session in Accra Ghana thanked the Ivorian government for their invaluable support to MOWCA since it’s inception and other efforts it has made to consolidate the body.

Serey in his response , commended Adalikwu for the visit and congratulated him on his election. He said he has listened to his submissions and saw sincerity and willingness to make things better for the organization, however the limiting factor will be finances.

He gave assurances that the government of Cote D’Ivoire is fully in support of the new SG’s administration, that they elected a Nigerian knowing the size and strength of the Nation and the ability of its citizens to perform and deliver.

On the issue of the permanent secretariat for MOWCA, he said it will be looked into and sorted out soon and assured that his technical team will always be available to assist MOWCA anytime the need arises.

Also on the issue of budget documents presented to him, he assured that his technical team will look into it and revert back in due course.