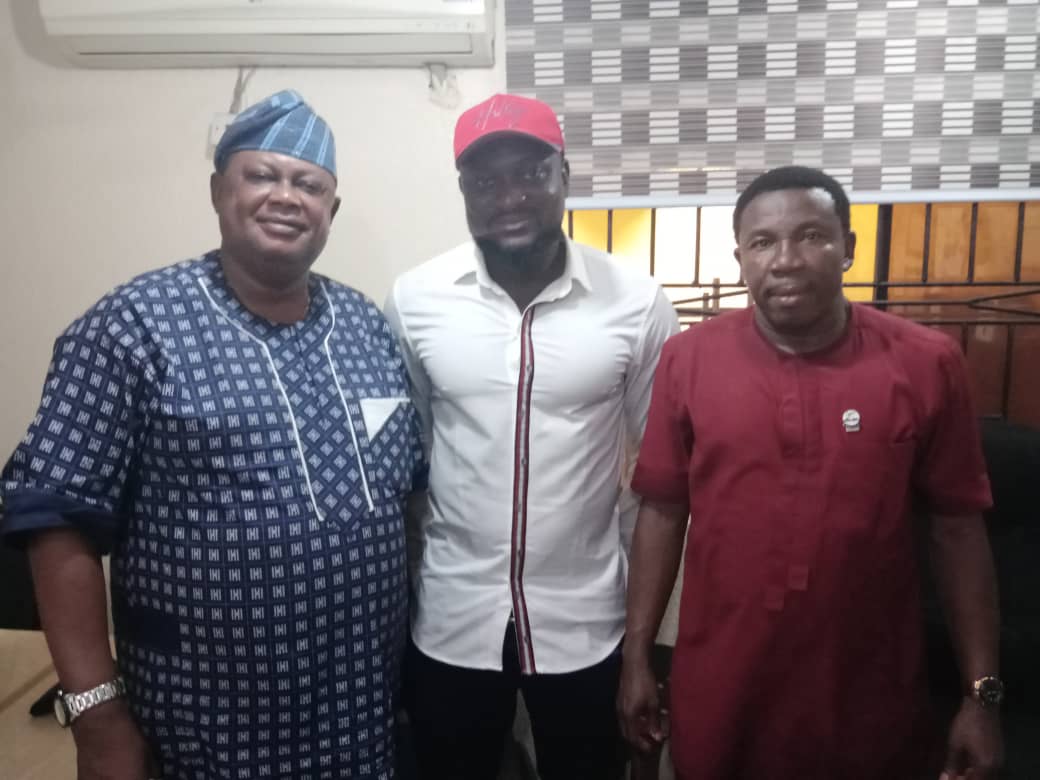 Association of Nigeria Licensed Customs Agents (ANLCA), PTML chapter on Wednesday held a strategic Executive meeting to fully commence it’s operations at the Roll -On -Roll – Off terminal located at Tin Can Island Port of Lagos State. The meeting which was chaired by ANLCA PTML chapter Chairman, Bishop Sunday Oyebola lasted for several hours, but ended on a successful note as they were able to appoint a Taskforce Chairman for the Chapter.

Addressing the media after the meeting, the elated Oyebola said he and his Executive members were very happy with the outcome of the meeting as they were able to settle many scores among their members and most importantly appointed a Taskforce Chairman for the Chapter in person of Martins Arewa John.

Oyebola described the Chapter taskforce as the ear and eye of the Executives and urged them to work hard in accordance with the ANLCA’s Supreme Constitution to repositioned the Chapter.

“As you can see , we just came out from a crucial meeting and we are all smiling, because what people think is impossible, today by the grace of God, I can boldly tell you that , today we were able to appoint our taskforce Chairman and we give all the glory to God.

” Taskforce is the ear and eye of the Chapter, if we have a capable hand as the taskforce Chairman, I will be able to sleep with my two eyes closed. He should be a man of integrity. So is not easy to just appoint anybody as taskforce Chairman and not a tout. So God has done that for us today.”

According to Oyebola, he said the work of the taskforce is to make sure there is peace in the Chapter among others, “Taskforce has a lot of functions, I have been in Taskforce as far back as 1988 under Senator Kamba, if I succeeded by the grace of God, is the work of taskforce, if anything happens to my regime , I will hold them responsible, I can’t do anything without my Taskforce. They are the heartbeat of the Chairman and the Chapter, if there is any crises somewhere, we hold the taskforce responsible and that is why if you want to succeed, your Taskforce must apply wisdom”.

Speaking further, he said the ANLCA elected Executives and the taskforce are fully on ground at the PTML command. “You see, we are not touts, even the opposition, though they came with illegal election, we allowed them, we believe that we are the same ANLCA, except otherwise, and quietly we maintained the peace. We allow them to utilize their tenure and their time expired on the 28th of January 2022 and a circular was sent to platforms that their tenure has expired and in the ANLCA’s constitution , you can’t allow a vaccum. I waited and now we have fully taken over. So if there is any pressure coming from them, that means they don’t have the fear of God.” Oyebola said.

Also in solidarity at the meeting were Ojo Akintoye, Chapter Chairman, Tin Can Island Port and Esther Oyeleke of KLT Chapter, both commended the successful appointment of the PTML taskforce team and urged them to work with integrity and in tandem with ANLCA’S supreme constitution. Both said all the ANLCA Chapters in the Western Zone are assiduously working together to stabilize the Western Zone.

Also speaking the Vice Chairman of the ANLCA PTML chapter, Alhaji Lameen Aliyu and the Secretary, Chijioke Daniels said the expect from the taskforce absolute loyalty and that they hope the PTML Chapter with the new development will be properly manage for all members benefits.