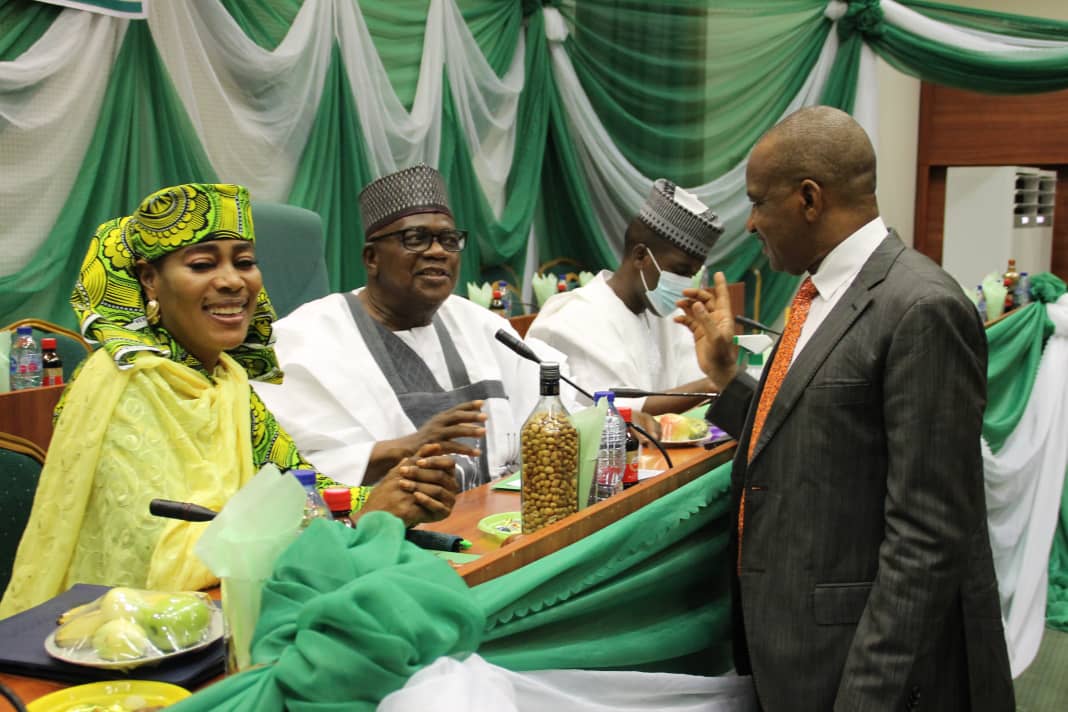 The Chairman House Committee on the Nigerian Navy, Honorable Yusuf Gagdi has commended the Management of the Nigerian Maritime Administration and Safety Agency, NIMASA, for its commitment to transparency in its execution of the Integrated National Security and Waterways Protection Infrastructure also known as the Deep Blue Project.

This commendation was made today when the agency’s Management appeared before the House Committee on Navy currently investigating the Deep Blue Contract awarded to the HLS International Limited by Nigeria.

“We in the Committee of the Navy commend your Management team at NIMASA for providing all documents we have requested for. It shows that you have nothing to hide”. Our desire is to ensure public funds are spent not only in public interest but in accordance with the provisions of the laws of the land”. He said.

A member of the Committee Honorable Alao Ajala expressed delight at the fact that Nigeria has exited the global Piracy list. His position was re-echoed by most members of the Committee who also acknowledged the role the Nigerian Navy is playing in securing the nation’s territorial waters.

In his presentation to the Committee, the Director General of NIMASA, Dr Bashir Jamoh, said that the agency acted in line with approval from the Federal Executive Council for the agency to fund the Deep Blue Project at the cost of $195 million dollars with a management fee of 10%, adding that the funds invested in managing the assets since their deployment is appropriated for by the National Assembly.

Dr Jamoh listed the assets acquired by NIMASA for the project to include 17 Fast Intervention Vessels, two Special Mission Vessels, two Special Mission Aircrafts, three Special Mission Helicopters, four unmanned aerial vessels and 16 armored vehicles. The project also has a Command and Control Center known as the C4i Center located in a NIMASA facility in Lagos which is jointly manned by officials from all the arms of the Nigerian Armed Forces, NIMASA staff and other para -military agencies who are part of the project.

In a related development, the Honorable Minister of Transportation, Hon Rotimi Amaechi has disclosed that Nigeria has received an international recognition in form of an award from the African Union for the concept of the Deep Blue Project.

Speaking on Tuesday, at the investigative hearing on the Deep Blue Project Contract to HLS International Limited, by the House of Representatives Committee on Navy, the Honorable Minister of Transportation, said necessary approvals were secured before the implementation of the Deep Blue Project.

He said, “I was to be in Nairobi last week as, the African Union gave us award for the Deep Blue Project. Presently, the crime rate on our waters and the Gulf of Guinea region has gone down. Before now, we ranked number one in the world, but, since the deployment of the HLSI project, piracy has gone down drastically.”