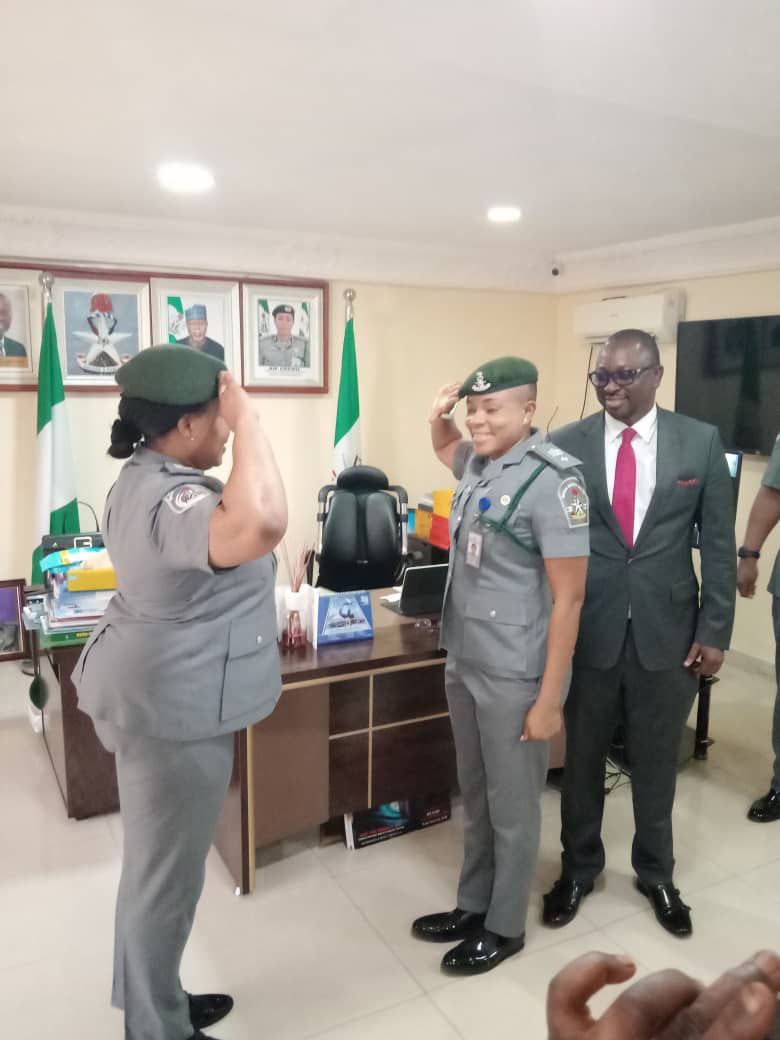 The Nigeria Customs Service (NCS ) Zone ‘A’ Headquarters Harvey road, Yaba Lagos State on Wednesday opened the decorations door for newly promoted officers in the zone. Assistant Comptroller General of Customs (ACG) in charge of Zone A, Mrs Modupe Aremu during the decoration ceremony urged the newly promoted officers to step up to their new responsibilities as more challenges are bound to come with their higher ranks. 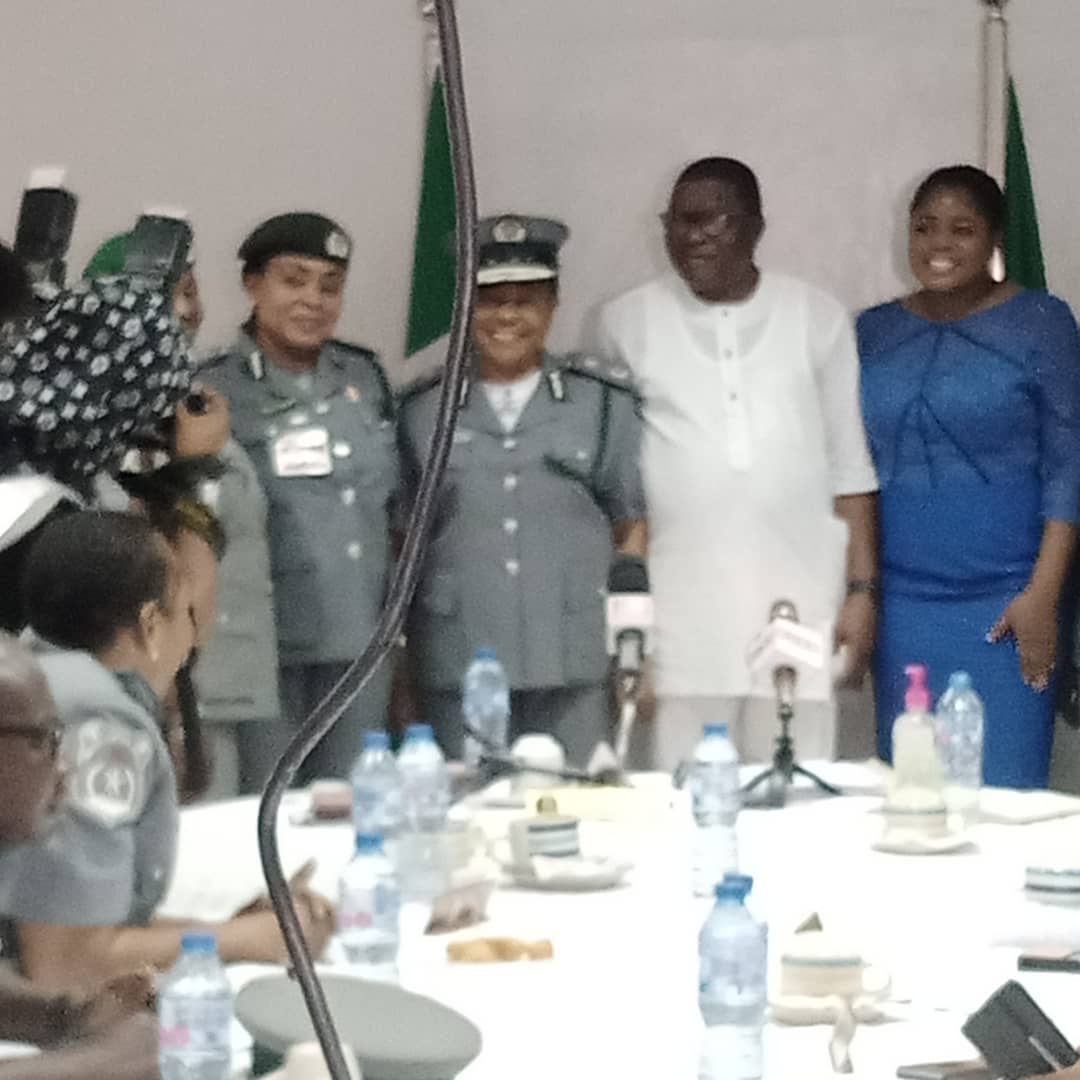 ACG Aremu also urged those who were not promoted now not to feel bad, but work towards improving themselves and expect elevation in the future. 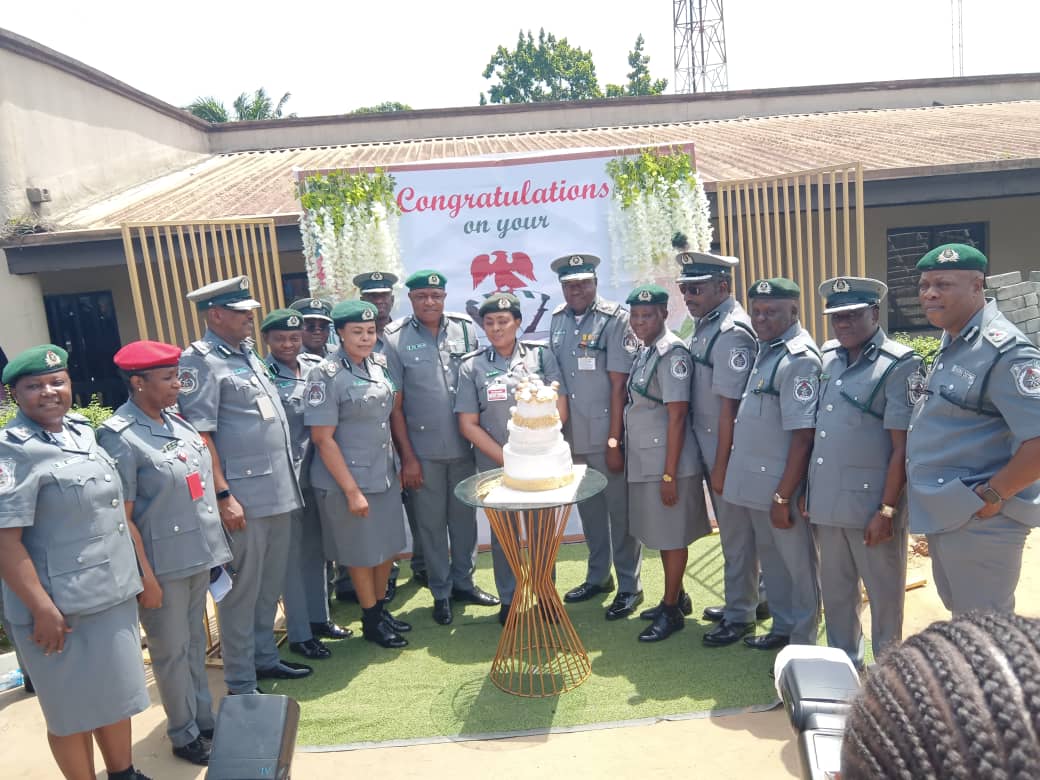 She said “To whom much is given, much is expected. For the new ranks and levels, there are new responsibilities, and they should be able to carry the service going forward. And as for those who were not promoted, examinations are coming up very soon, and I will enjoin them to prepare well for the next one so they can get elevated.

The Zonal Coordinator also seeks operatives of the service to keep up their efforts against smuggling, adding that surveillance of the nation’s borders in the South West will always be treated as priority issue in the interest of national security and economy.

“This is why we have E-Customs. We’re working towards complete automation of our processes. Also, the borders will be manned electronically; we will have drones and area surveillance, and that will
go a long way in helping us to police the borders effectively.”

One of the decorated officers, Mrs Abosede Anthony who was promoted to the rank of Comptroller of Customs from Deputy Comptroller, expressed delight with the new rank. She appreciates the Comptroller General of Customs and the management team for her promotion while been grateful to God Almighty for making it possible.
Comptroller Abosede said the promotion is a call to serve and so she will double her efforts in doing more for the improvement of Nigeria Customs Service as whole.

She, however encouraged other officers that didn’t get promoted not to relent, but rather persist and continue with the promotion exams ” It happens to me that I wrote the exams two times before I get here, so am encouraging them not get dejected, but to read more with the zeal of passing the exams, it wasn’t an easy thing but if they read more and with persistent they will get the promotion too” she said .

Also among those decorated officers was the Zonal Public Relations Officer , Nkeiruka Nwala, who was promoted from Superintendent of Customs ( SC) to Chief Superintendent of Customs ( CSC).
In her chat with the media , Nwala said “The Service has trusted us. It has given us a platform, a privilege, and an exalted position to give hope, and I am assuring it that all of us from 2009 upwards will not disappoint. I promise that they will look back upon retirement and be proud of us.

“This decoration is going to be a booster to our existing mandate. In the context of anti -smuggling, we’re only going to be suppressing smuggling, as it is done globally, not eradication. But this is a step in the right direction because we now have more officers, and those that are here are motivated to do more, so we’re expecting better results.”

In relation to her plan for information management and dissemination to the general public, she said, “We’re going to build on what we have already. We have our established platforms like the NCBN and robust relationship with journalists.

“We will keep building on the existing relationship between us and every other platform that we need to continually engage the public, and our stakeholders and keep communicating until everyone knows what they need to know”.