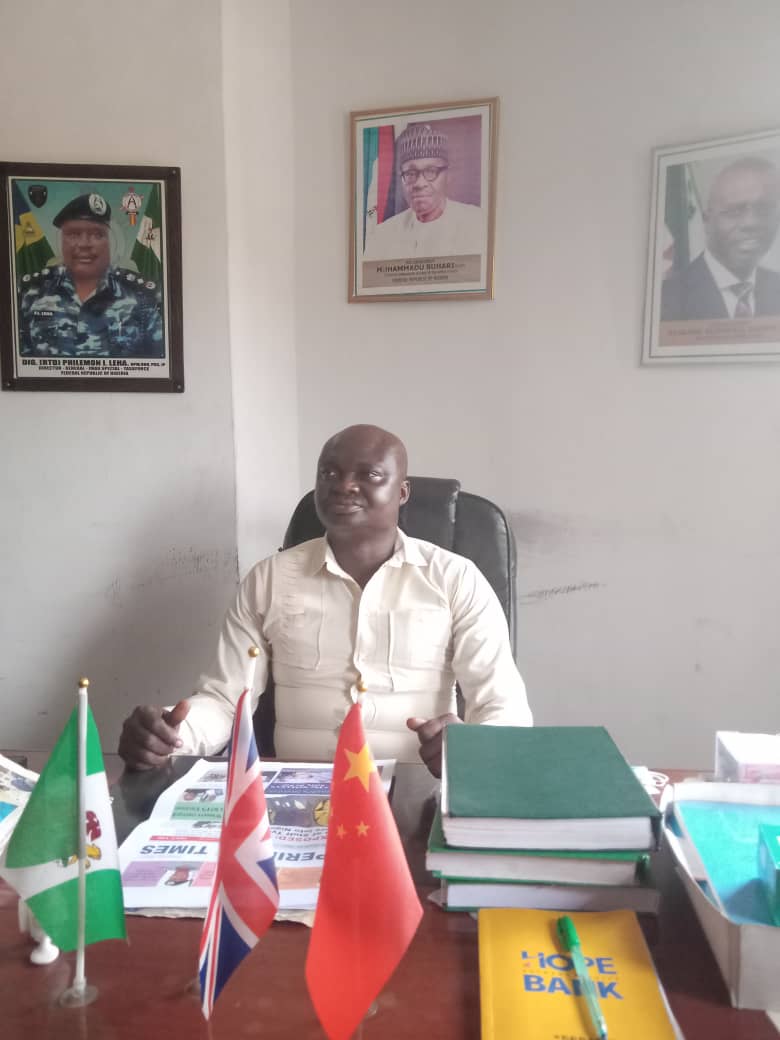 The Importers Association of Nigeria ( IMAN) has said that it’s enforcement team alongside the Nigeria Police Force swooped on Kamange International Limited warehouse in Abule Oshun part of Lagos State due to its illegal activities, especially importation, sales and distribution of stuffed tyres in the Country. 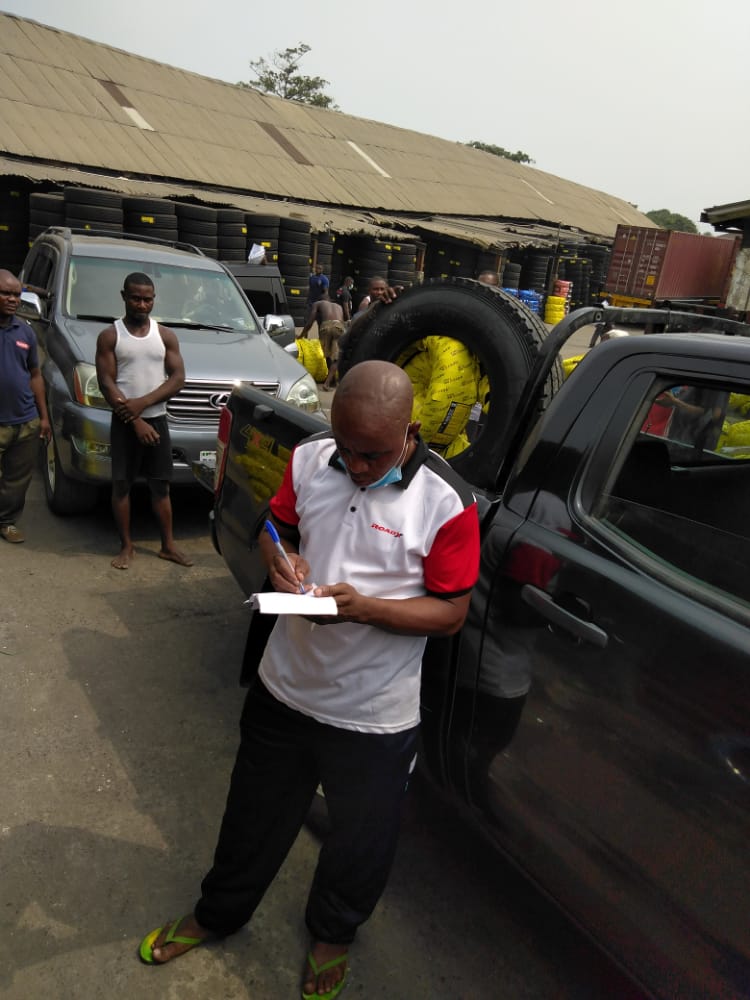 In a chat with our Correspondent, Chief Obinna Michael, National Coordinator of IMAN Taskforce said the organisation is duly registered with the sole aim of checkmating activities of it’s members, including illegal importation and in collaboration with the Nigeria Police to enforced compliance. 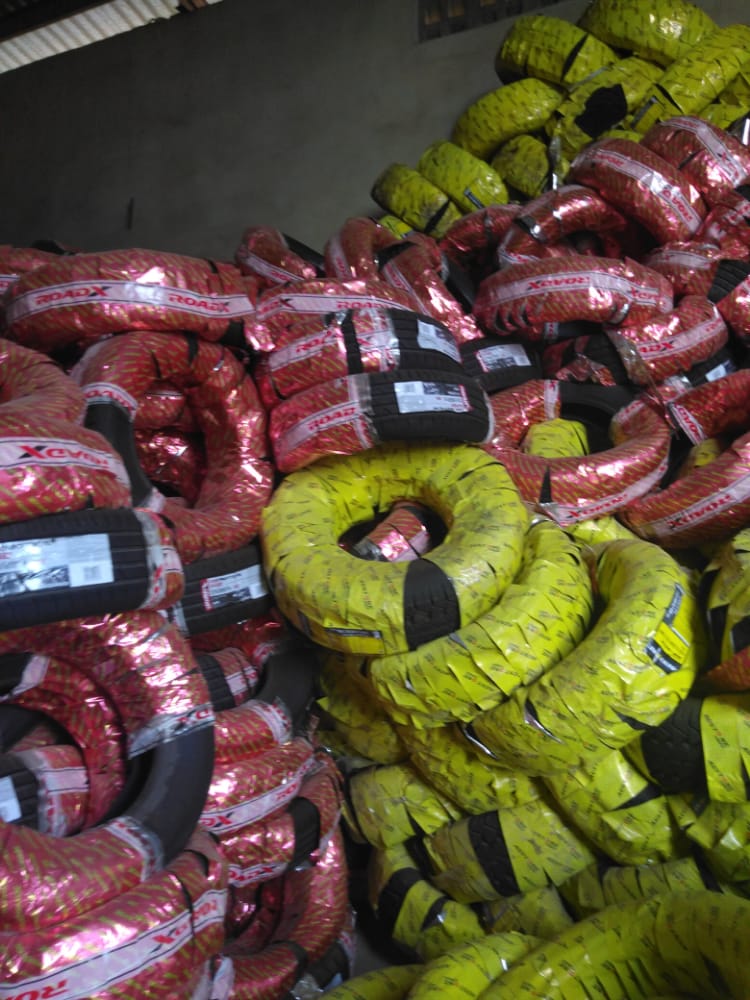 Samples of Stuffed tyres at the Kamange Warehouse

On why the Police and IMAN Taskforce recent raid of Kamange International warehouse at Abule Oshun area of Lagos State, the IMAN Taskforce Coordinator said ” Sometimes ago, we find out that there are a lot of dubious importers in Nigeria who are into illegalities of bringing in substandard tyres. Some of them fake another company’s products, some are bringing stuffed, expired and Tokunbo tyres. Then, they will rebrand it as new ones and sell it to innocent Nigerians. 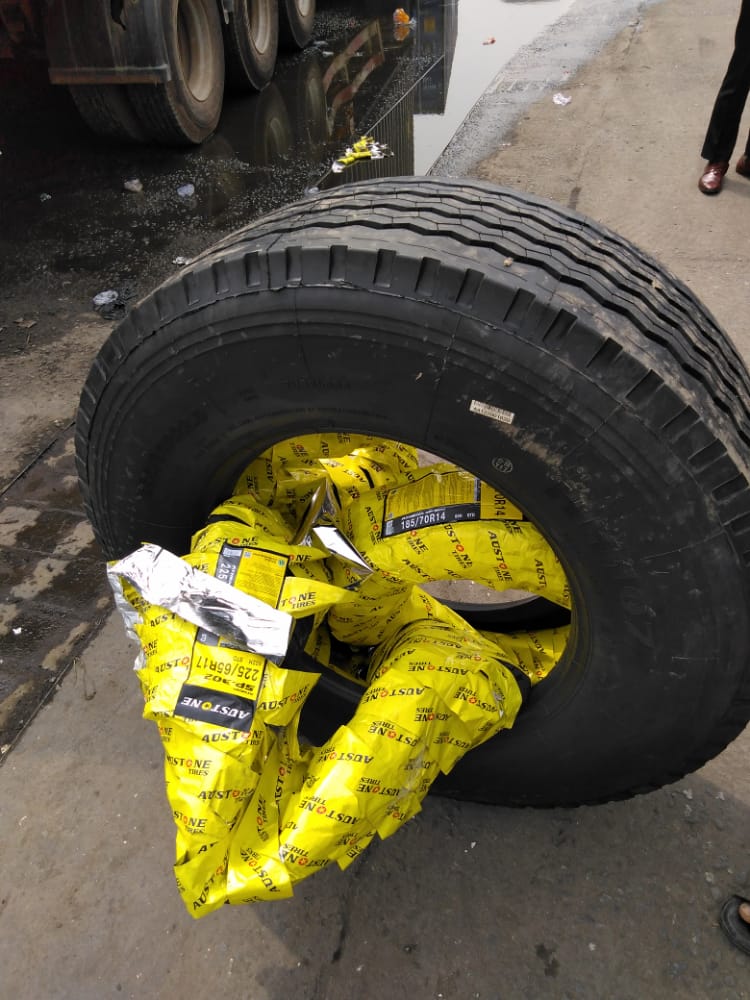 Samples of Stuffed tyres at the Kamange Warehouse

“All these things causes accidents .So we went on investigation to know who and who are into this business. We find out that Kamange is among the major Importers of stuffed and substandard tyres. They have warehouses in Ibadan, Onitsha, two in Lagos and other places.

” Then, through our investigations we discovered that they are bringing in the stuffed tyres from Apapa port. We then wrote a petition to the Police against their illegal importations . Then, police did their own findings and got a search warrant , they came down from Abuja to Lagos, went to the warehouse through the way we lay our surveillance and discovered stuffed tyres, expired ones and tokunbo tyres and others inside there. With 4 x 40ft containers still offloading the stuffed tyres, which they brought in recently.

” Police made their arrests , took samples and also took statement from the warehouse manager, they are being invited to Abuja on the 27th of this month and we are going to meet there. In IMAN, when we see things like this , we invite the Police and the police will know how to liaise with other security agencies” Obinna narrated.

He further said Kamange International Limited is owned by a Chinese. He alleged that the man ran away from China because of his dubious acts “and now he is on the run from Nigeria”.

On the allegations of IMAN Taskforce collecting money from Kamange, the Taskforce Coordinator said is not true.
” That is not true, the Kamange is on the run as I am talking to you. We have not set our eyes on him.”

On the alleged illegal activities of IMAN, he said ” IMAN is not an illegal organisation, we are duly registered with government approval in 2007. Why we register is for all importers to be in one umbrella. So if government wants to deal with Importers, we come with one voice to talk. And to make sure that importers do the right thing at the right time by bringing in approved products into the country” he said.

The IMAN Taskforce threatened to take legal action against Kamange for spoiling it’s name by claiming that IMAN collected money, after the the police have concluded it’s investigations.

IMAN also appeal to other Government Agencies, the Nigeria Customs Service (NCS), Standards Organisation of Nigeria (SON), National Agency for Food, Drugs Administration Control ( NAFDAC) to partner with IMAN to tackle the influx of illegal products into the country.